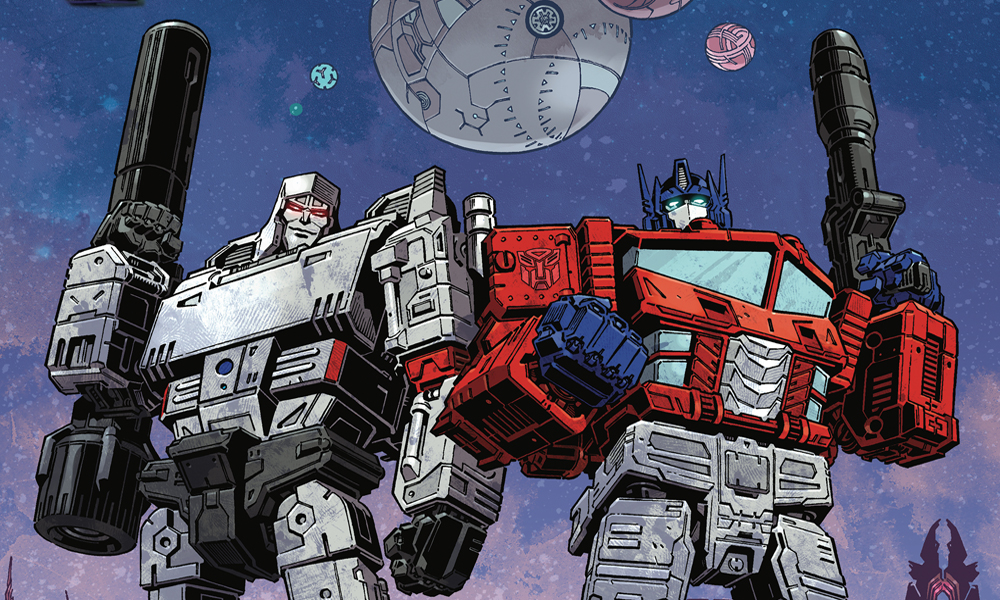 Playing out more like a slow-moving chapter from one of the late Robert Grave’s politically-charged novels set within the ancient Roman Empire, than a “bold new era” for a comic book based upon a line of children’s transforming mecha toys, Brian Ruckley’s sedentary script for Issue One of “Transformers” proves a disappointing mix of seemingly pointless environmental exploration and impolite conversation. In fact, with the sole exception of the “newly-forged” Rubble’s all-too brief encounter with some intriguingly weird-looking ape-like Voin Scavengers, absolutely nothing of any apparent significance occurs within this twenty-page periodical until its very end when the “small Cybertronian” stumbles upon a badly damaged Brainstorm just outside a transmission station. 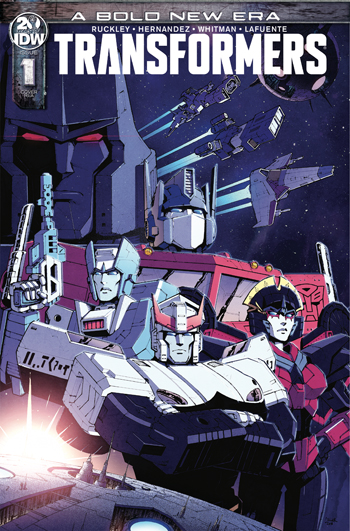 Up until this point, it is hard to imagine that any long-term fans of the franchise would have gleaned even the smallest semblance of entertainment from a narrative which focuses far too much upon Bumblebee, and later Windblade, allowing “the youngest Cybertronian in the universe” to simply clamber over rocks, follow a trail of luminescent liquid, and watch a starship-sized titan orbit the sky. Of course, the “incoming” writer’s storyline does admittedly also spend a little time with senator Orion Pax and Megatron at the governmental heart of their planet discussing the activist’s plans to hold a reformation rally at Tarn. But this dreary, dialogue-heavy sequence does little except (once again) vividly demonstrate the fundamental differences in opinion between the soon-to-be Optimus Prime and the warlord of the Decepticons; “What does shared time matter, if the lives it measures are different? Nobody sees the same things as anybody else. Nobody.”

Similarly as unsuccessful as the Scottish novelist’s plodding plot is debatably editors David Mariotte and Tom Waltz’s dubious decision to utilise two contrastingly different artists with which to illustrate this “epic” book. Angel Hernandez’s ‘toon-shaded’ sketches appear entirely appropriate for a publication perhaps aimed at adolescents or “someone who’s never read a Transformers comic in their life”. Yet his somewhat simple-looking pencilling pales into comparison with Cachet Whitman’s work, when the American freelancer takes over to populate the panels featuring Pax, and almost inadvertently provides the reader with something actually interesting to peruse, such as all the complicated machinery etched onto the torso of the towering sentient robot and his companion, Ironhide.