Sam’s first day as a pizza delivery driver is not going according to plan. At the end of a long day and not enough tips, 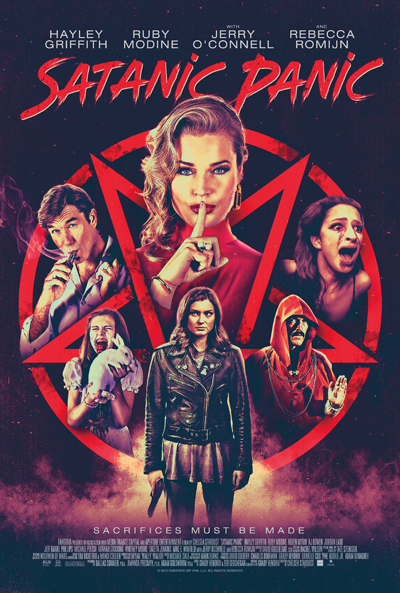 her last delivery turns out to be for a group of Satanists looking for someone to sacrifice. Now in a fight for her life, Sam must fend off witches, evil spells and demonic creatures, all while trying to keep her body – and soul – intact. Starring Hayley Griffith (“The Loudest Voice”), Ruby Modine (Happy Death Day franchise), Jerry O’Connell (“Billions”) and Rebecca Romijn (X-Men franchise), Satanic Panic is “an absolutely entertaining horror film that will satisfy any viewer’s need for monsters, mayhem and…jokes” (Robert Saucedo, Birth.Movies.Death).