Perfect for old fans and new readers alike, High Stakes delves deeper into the world of aces, jokers, and the hard-boiled men and women of the Fort Freak police precinct in a pulpy, page-turning novel of superheroics and Lovecraftian horror. 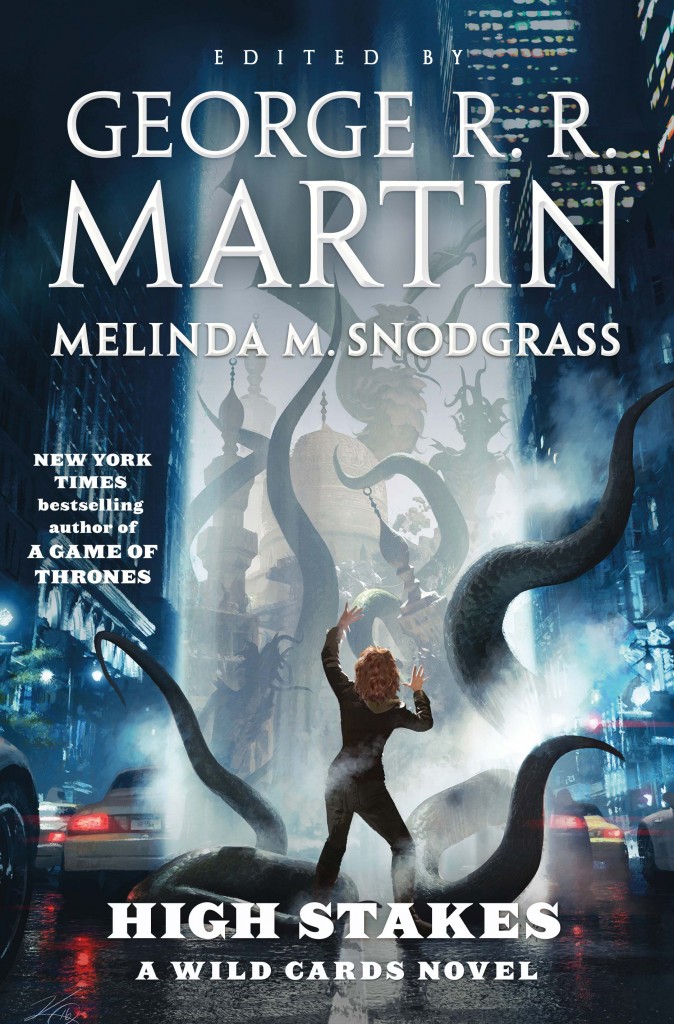 After the concluding events of Lowball, Officer Francis Black of Fort Freak, vigilante joker Marcus “The Infamous Black Tongue” Morgan, and ace thief Mollie “Tesseract” Steunenberg get stuck in Talas, Kazakhstan. There, the coldblooded Baba Yaga forces jokers into an illegal fighting ring, but her hidden agenda is much darker: her fighters’ deaths serve to placate a vicious monster from another dimension. When the last line of defense against this world weakens, all hell breaks loose, literally….

The Committee in New York sends a team of aces to investigate. One by one, each falls victim to evil forces–including the dark impulses within themselves. Only the perseverance of the most unlikely of heroes has a chance of saving the world before utter chaos erupts on Earth.