The Topps Company, Inc. is announcing an official partnership with AMC to bring terrifying, never-before-seen 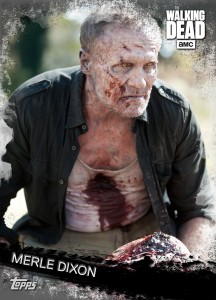 The Topps Digital app, The Walking Dead: Card Trader is now available in the App Store and Google Play Store, and is the first place fans can access new Topps® trading cards from world of The Walking Dead. The app will feature new digital card releases on a daily basis, covering the entire history of The Walking Dead, from Rick’s initial discoveries in abandoned Atlanta during Season 1, to the suspenseful introduction of Negan in the Season 6 finale. In the same app, and for the first time ever, fans of Fear The Walking Dead will also be able to collect and trade cards of new favorite characters including Madison, Travis, and the enigmatic Victor Strand as they experience the collapse of society. To celebrate the launch of the new app, Topps will give all fans who install and register for the app, one special limited edition digital card daily for their first seven days of app use.

“The Walking Dead and Fear The Walking Dead have passionate and rabid fan bases looking for new and creative ways to stay connected to their favorite shows,” said Jeremy Strauser, General Manager of Topps Digital. “Topps is uniquely capable of delivering both physical and digital trading cards that will keep fans engaged and allow them to own a piece of these acclaimed shows.” 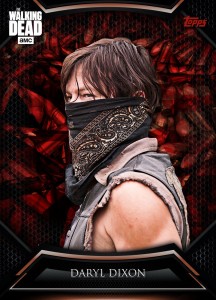 Fans will be able to get their hands on Topps physical trading cards for The Walking Dead starting this fall. The Walking Dead: Complete Fifth Season card set will be available in October and will tell the full story of the highest-rated season of the show from the escape from Terminus to the journey to Alexandria. Each box of cards will feature two hits per box including autographs from the cast, artist-drawn sketch cards and relic cards with pieces of actual set-worn costumes. Topps will also release a premium collector set, The Walking Dead: Survival Box in December. This will be the first-ever high-end trading card set for The Walking Dead, and will be the perfect gift for mega-fans.

“We are thrilled to be working with Topps to bring both great physical card products and an innovative digital app to our The Walking Dead and Fear The Walking Dead fan base,” said Theresa Beyer, Senior Vice President of Brand Activation and Promotions for AMC. 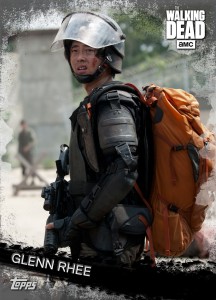 The Walking Dead: Card Trader digital app is now available for free on iPhone, iPad and iPod touch, as well as Android devices in the App Store and Google Play Store.