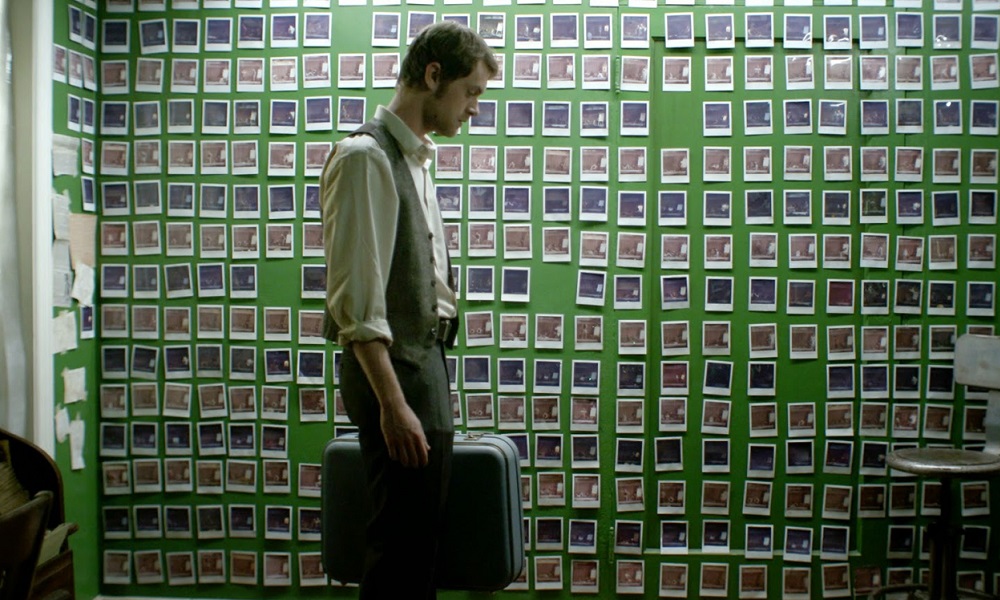 Let’s call it the Syfy-ification of science fiction. It used to be that a movie like Time Lapse — with a comparatively low budget and a smart high concept approach — could have found a niche with a nice quiet theatrical release date somewhere. That’s no longer the case. Unless your movie has “Star Wars,” “Star Trek,” or “Insert Superhero’s Name Here” in the titles, the multiplex is no longer friendly to such fare, reflecting Hollywood’s increasingly Go Big or Go Home approach.

On the one hand, that’s a terrible shame because movies like Time Lapse deserve the kind of exposure that a theatrical release can bring. On the other hand, the increasingly important VoD and Direct-to-Video market means that the right sort of fan can still discover it, and indeed that such films have a bright future if we’re willing to embrace the release platform.

I say “smart” and “high concept” like they’re something extraordinary, and they shouldn’t be. Time Lapse breaks no innovative ground in its formula. It simply thinks all of the little nuances through, then delivers it with an eye on technical storytelling that more movies should follow. Its Twilight Zone influence is clear for all to see — particularly an episode entitled “A Most Unusual Camera” which has the same basic premise — and the film also owes a debt to Danny Boyle’s Shallow Grave, which all saw three closely knit characters torn apart by the sudden arrivial of easy money.

We certainly know these characters’ arcs very well. Frustrated artist Finn (Matt O’Leary) struggles with inspiration and longs for a day when he doesn’t have to interrupt his painting with a day job. His girlfriend Callie (Danielle Panabaker) has similar frustrations with her writing, while their nogoodnik friend Jasper (George Finn) spends most of his time betting (and losing) on dog races. It’s a fairly tame domestic scene until they discover the dead body of their neighbor — the kind of guy who writes page after page of complicated formulas in notebooks — and an enormous camera surreptitiously pointed directly at their living room. Apparently, the old man was observing them as part of some lengthy experiment… and the camera takes pictures that display what’s happening 24 hours into the future.

Their initial response is as obvious as it is predictable. Start posting race results on their window, check the camera and start raking in the money. But Time Lapse swiftly moves beyond the easy answers by thinking that concept through. On the mundane level, there’s the idea hat someone might notice the trio’s suspiciously steady win streak. (Next time, go with the PowerBall guys.) But beyond that, the dead inventor’s notes suggest that they *have* to be present when the photos are taken and *have* to adopt whatever pose it shows them in. Otherwise, they risk a paradox, which might have killed the old man and possibly destroy the universe. So you know, no pressure.

As a result, their easy scheme quickly traps them on a fatal path. They can’t leave unless they choose to ignore the pictures steadily spewed out by the camera, and that’s a tough Gorgon to keep from staring at. Even if they could, it doesn’t change the fact that stepping away might destroy them… and as time goes on, the normal fissures between the trio – jealousy, duplicity, suspicion – come slowly wafting up to the surface.

The trick to all that – besides delivering it with tremendous skill as director Bradley King does – is infusing all of it with enough surprises to make us wonder what happens next. We know the parameters of the scenario and it’s not new, but we’re drawn into the struggle between these characters quite readily, and the inherent dangers present in that camera present an elegant puzzle that haunt them and us alike. The Greeks knew how terrible the power of prophecy was. This modern spin doesn’t win huge points for originality, but in terms of skill, hard work and devotion to its concept, it comes up all aces. I’m very glad we still have places for little stories like this one, and that good science fiction doesn’t need to have a gigantic budget to get the wheels in our heads turning. Somewhere, Rod Serling is smiling.