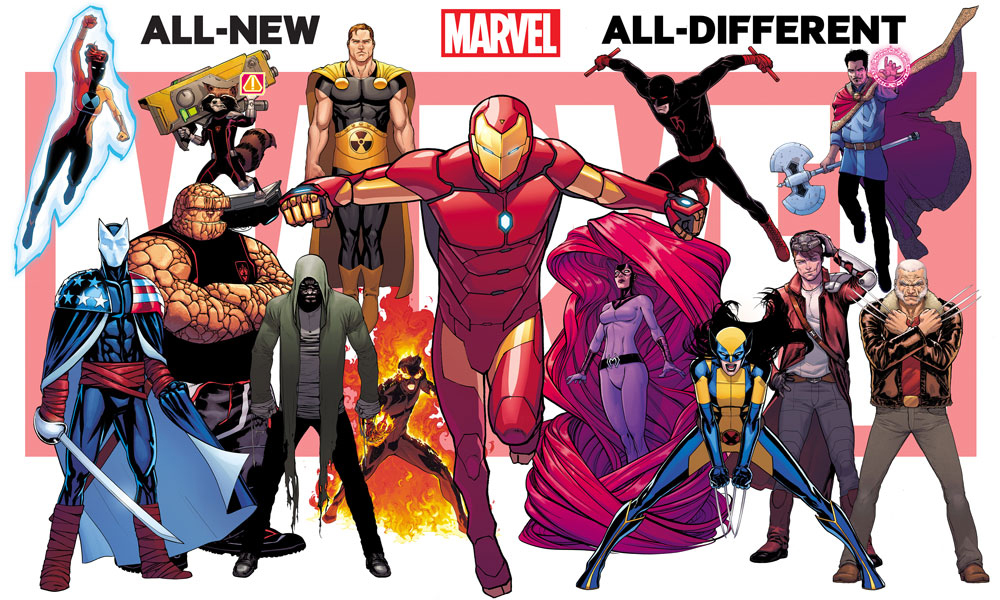 We all know that the new Secret War was going to change things for Marvel Comics and its universe. Did we anticipate a complete reset? No. The question now is, how long will it last? Better yet, will it be worth while? Is this another 52 (a DC Comics style reboot)? Marvel has released two new images for the new Marvel Universe. It looks to be both something new and old. Check out the press release from Marvel below.

Press Release: Marvel Comics, the home of the greatest Super Heroes of all time, introduces a new direction for the Marvel Universe. This is All-New All-Different Marvel!

Coming this fall, all fans will be introduced to the perfect start to the Marvel Universe featuring the biggest creative names in the comic book industry – Brian Michael Bendis, Jason Aaron, Mark Waid, Dan Slott, Charles Soule, G. Willow Wilson, Jeff Lemire, along with many more, will have a hand in crafting an all-new and all-different Marvel Universe.

“This is the Marvel Universe,” says Axel Alonso, Editor In Chief.  “This fall, we will be inviting readers into a universe comprised of bold new landscapes populated with characters and teams both familiar and brand-new.” 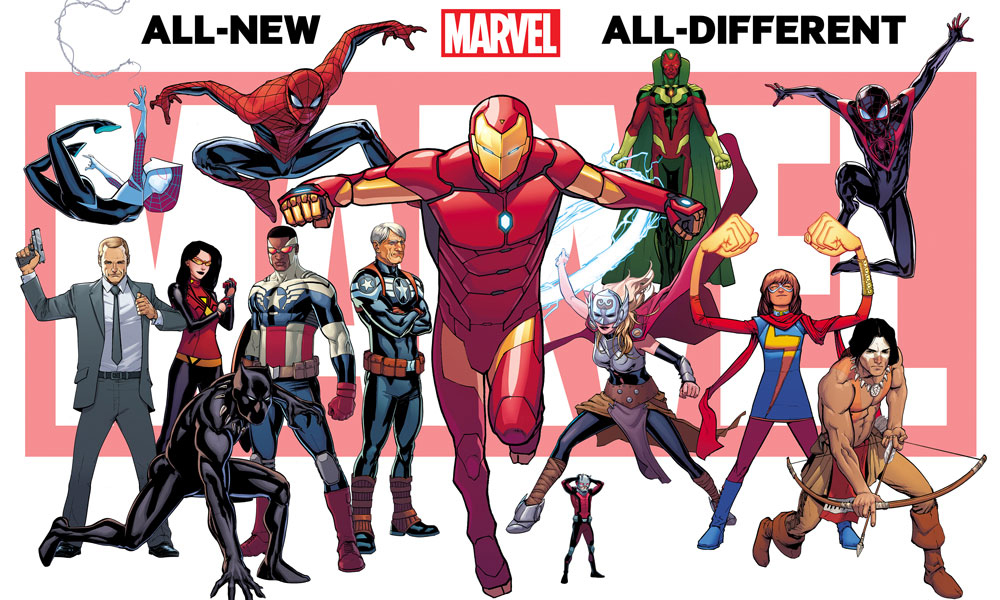 “This is going to be an absolute game changer for Marvel,” says David Gabriel, SVP of Sales & Marketing. “Similar to the most successful comics industry program of this century – Marvel NOW!, All-New All-Different Marvel is going to be presenting fans new #1’s for every title coming out during this event. This is a brand new beginning that honors our past 76 years, yet takes a bold step with daring, and accessible, entry points. Simply stated – this is Marvel!”

This fall, the comics industry’s greatest creators invite fans into a spectacular universe that truly represents the marvelous world outside your window!