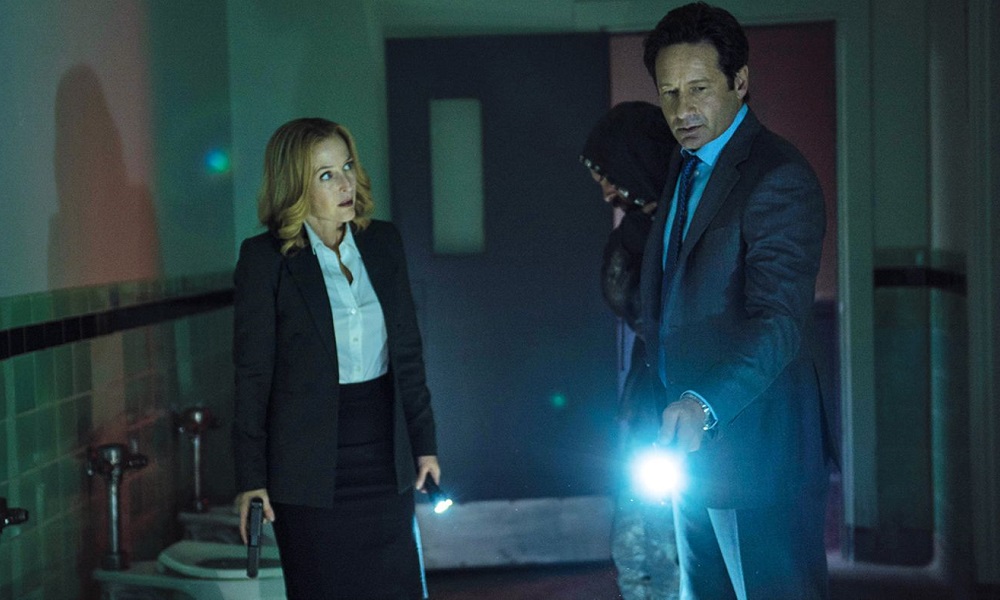 Remember when The X-Files was this groundbreaking new show that resembled nothing else on television? It was the first real sign that nerd culture was beginning to ascend, and that things would never quite be the same again. Unfortunately, as the series rolled on, it became clear that the show runners had no idea where to go with their Byzantine alien conspiracy plot, and as they spun their wheels through season after season, the bloom faded off of a once very promising rose.

The announcement of a new limited series in early 2016 gave hope for a resurgence, where long unanswered questions would finally be addressed . No such luck. Instead, the new X-Files, which is now available on Blu-ray, presents a muddled trip down memory lane, with a lot less enthusiasm from its stars and a lot more baffling gibberish in the place of an actual plot. It technically serves as the 10th season, in addition to the two theatrical films and the aborted Lone Gunmen TV show. But an overall weariness covers each of the episodes, and without more to engage us, it just falls flat.

The set-up is swift and perfunctory as Mulder (David Duchovny) and Scully (Gillian Anderson) team up again for yet another murky stab at whatever sinister forces are behind the alien conspiracy at the heart of the U.S. government. From the start, their once-vaunted chemistry feels off. Anderson gives it a game try, but her energy levels speak to a serious lack of enthusiasm, and Duchovny… Duchovny  just looks like hell. Neither of them seems especially pleased to be there and while the show attempts to parley that into a refreshed sexual tension, it fails.

The same holds true for the plot, with a few “stand alone” episodes woven around the larger conspiracy notion. The show has a tough enough time generating enthusiasm for decades-old concepts, but show runner Chris Carter doesn’t update it with anything fresh or original. It’s just more with the Cancer Man (William B. Davis) and alien DNA and all the tired old apparatus producing its sound and fury with no additional meaning whatsoever. The cliffhanger ending  — which we should have expected – actually makes a decent stopping point for the whole shambling wreck, but then again, you probably could have said that any time after the first movie and not missed anything of note.

We probably shouldn’t be surprised. They played the same tired game through most of the show’s later seasons, as well as the moribund second film that barely registered on the pop culture radar. It’s a testament to the goodwill felt by the show – especially those incredible early seasons – that long-time fans are ready to pony up again for the same trick, hoping that this time it will be different. I don’t doubt that Carter and his colleagues worked hard to make this. It’s just that what their making is the same moldy material that killed the show the first time, and the ensuing decades haven’t put any further bloom on it. If you want a throwback, find those early seasons, and for completionists, there’s a huge box set waiting for you. The “Event Series” Blu-ray works only if you want every last little bit of the saga.,. warts and all.

Having said all that , the disc is actually good value for the money. The HD video and 5.1 audio quality are superb, and the extra features are insightful and information. They include about 90 minutes’ worth of docs and behind-the-scenes features on the set’s second disc, as well as commentary from Carter and partner in crime James Wong on one episodes, and commentary from Duchovny, Anderson, actor Kumail Nanjiani and director Darin Morgan for another episode. If you have an interest, the set is worth your while… but that’s a fairly big if, and taking this ride yet again should only be undertaken with a word of warning.