Is this some kind of weird alternate history in which the 80s never ended? 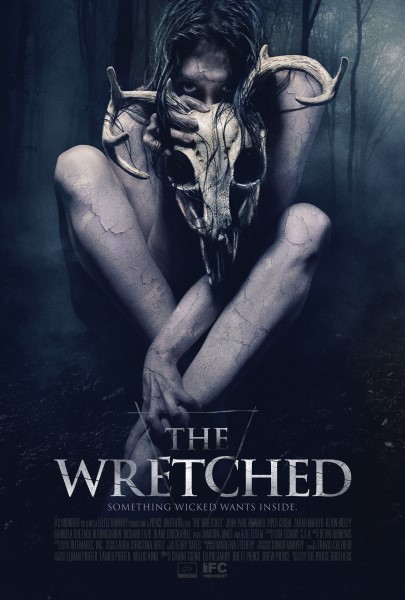 The meandering and cliched scraps of a plot about mutant cannibals was considerably less interesting to me throughout this movie compared to how baffling the tonality and production design was. I get that the movie It Follows gained some notoriety from setting itself in a hybrid of modern technology and nostalgic timelessness, but that film carefully never specified when it was supposed to take place. The Wretched opens with a montage of 80s memorabilia soaking in the rain and then the opening declares it takes place several years after that. So, presumably, NOT the 80s anymore.

Someone didn’t get the memo and I think it was the prop-master and writer. When’s the last time, even in rural parts of America, you saw someone use a polaroid camera? When’s the last time someone wore colorful bandages on their fingers, played ‘Never Would I Ever’, built a blanket fort, or referred to something as ‘smelling like a butt’ who wasn’t six years old? These are all teenagers acting like they’re either in the 80s or even the 50s in terms of the way they talk and act. Still and yet we have clearly modern cell phones and there’s references to period specific concepts like the show Hannah Montana and Netflix. So did the filmmakers just never learn to write young people who weren’t from the perspective of 80s stereotypes? Believe it or not kids nowadays do not act or talk EXACTLY like children of a bygone era, and I lived through the 80s myself.

The most modern thing about this film is the abundance of cheap jump scares.

The reason I went off on that tangent is because so little else happens here. The characters are so stock they might as well just refer to themselves by their traits: the amiable protagonist with his arm in a cast, the down-to-earth girl, the promiscuous made-up popular girl, the mom, the dad, the kid…etc.

And then, after a lot of nothing, creatures show up. It’s that abrupt. At least the creature effects look really nice. There’s some polish to the practical and digital work here and overall everything is lit beautifully and directed well.
It’s the sodden pacing that nearly kills this already confused experience stone dead.

The Wretched shines as an atmospheric creature feature, but that’s only at the very end of a mismatched nostalgia-fueled (to the point of anachronistic) typical coming-of-age thing. Your patience will be rewarded with some nifty visuals and moody locales, but for a lot of people the journey may be longer and more circuitous than it really needs to be.

Now available on Digital and VOD