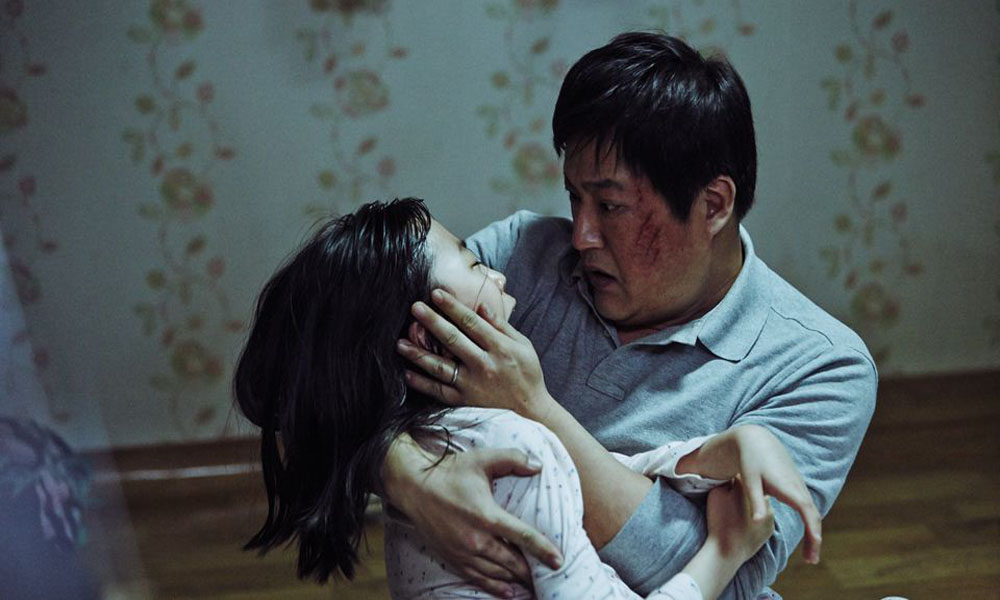 The Wailing is a South Korean horror/Thriller that has a lot of good elements but ultimately is undone by an uneven tone. The film opens with a grisly murder in s small village and the alleged male perpetrator being found in a catatonic state. The initial investigation leads the police to believe that some sort of virulent disease drove the man to kill his two family members. These killing s set off a bizarre series of further murders and outbreaks of a disease which causes the victims to be inflicted with horrible boils and sores throughout their body.

Heading up the investigation is a rather clueless police sergeant Jong-goo who makes Barney Fife look like officer of the year. Jong-goo stumbles his way through the investigation, often in cowardly and clumsy fashion. Soon the police focus their investigation on a mysterious Japanese man who recently appeared in the village and whom another resident had a terrifying encounter. Jong-goo and his partner search the mysterious man’s remote hut, located deep in the woods where they find pictures of the victims as well as items of their clothing set up in a bizarre altar.

When Jong-goo’s own young daughter becomes afflicted with the disease and apparently possessed by an evil spirit he violently confronts the mysterious Japanese man, revealing a danger that is much greater than he could have imagined. 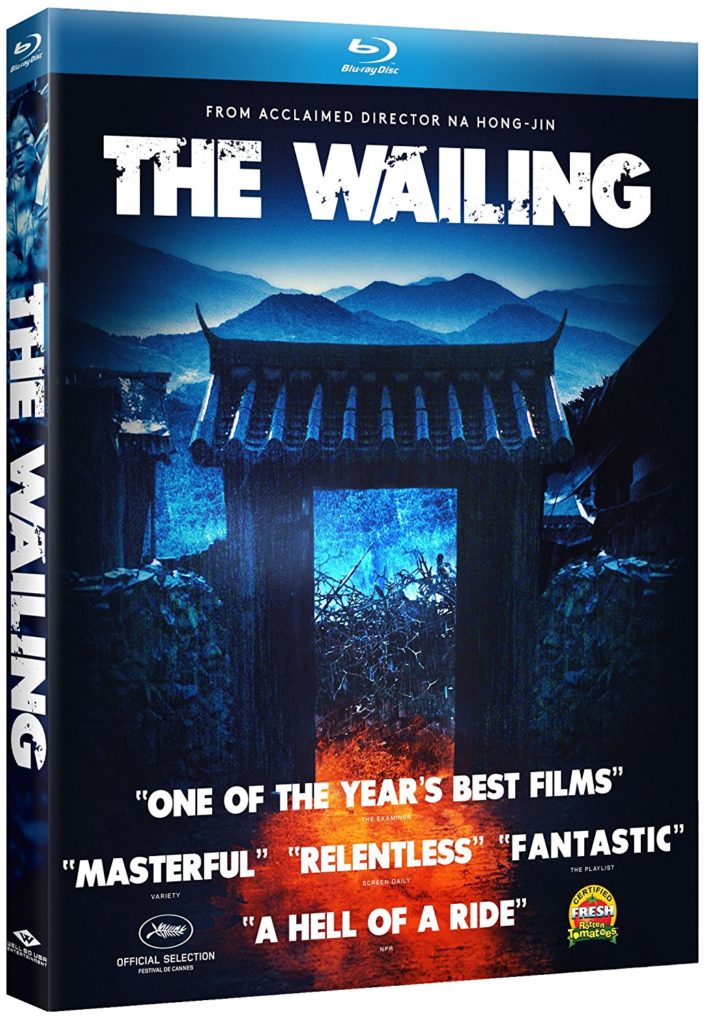 The Wailing is a long film at 2 ½ hours and frankly it’s at least 30 – 45 minutes too long. The first hour of the film plays almost like a slapstick comedy with the cops bumbling around and constantly being berated by their commanding officer. The bits of silliness don not fit well with the grisly nature of the murders and deadly outbreak that the villagers are suffering through. Halfway through the film makes an abrupt change in tone into full on dark, somber horror as Jong-goo discovers that not only is his daughter in dire peril but so is his entire village.

There is much to like in the Wailing despite the unevenness of the plot and tone. Director Na Hong-jin presents a film that is as somber and grim as you will ever find, particularly in the second half. The ancient folklore that it deals with is mesmerizing. Kwak Do-won, who plays Jong-goo, is a departure from the usual heroic leading men of most films. He is a bit of a lout and callous but he cares greatly for his family and is willing to do anything to save them from this supernatural threat. Jun Kunimura also gives a great performance as the mysterious Japanese stranger. Who he is and what he wants is the film’s lynchpin.

The film moves just a little too slow to bring all of its elements together neatly. Once we finally find out what it is that threatens the village there is still a full hour left to go. There are too many slow spots that kill the film’s momentum so while The Wailing is recommended, it’s just a minor approval.

The Beginning of The Wailing (1:51) the director discusses the inspiration for the film.

Making Of Featurette (4:56) – a deeper look at the production with interviews with the actors

One thought on “The Wailing Blu-Ray Review”