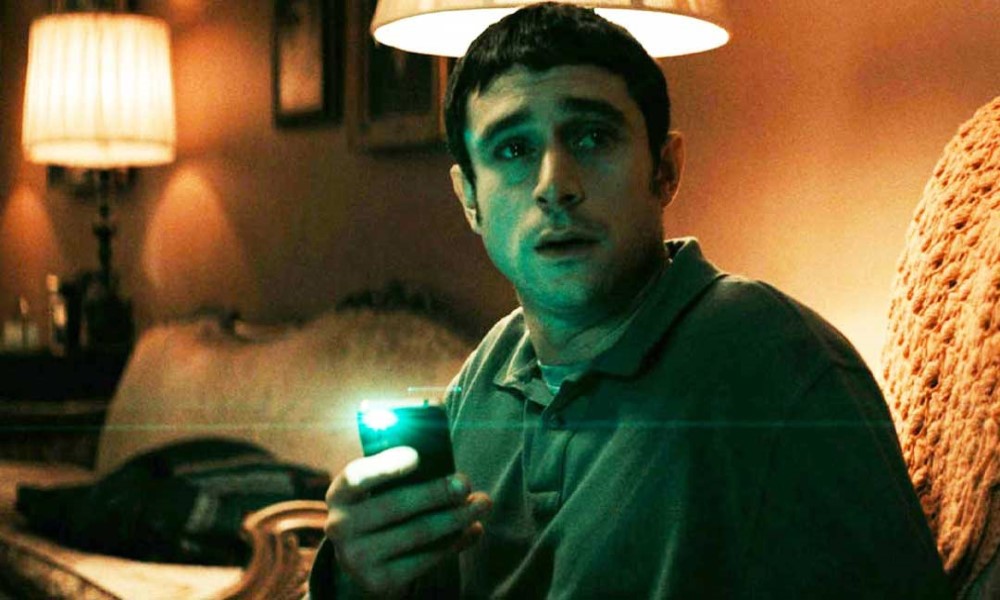 It starts with an intriguing premise. In Jewish tradition there are paid mourners (called Shomers in the film although in reality all this means is ‘watcher of anything’, not just the recently deceased) who stay up guarding caskets of the dead. The extrapolation is made this is to defend them against invisable enemies…which of course The Vigil being a horror film capitalizes on the most literal way.This strange dichotomy of secular payment and spiritual guardianship is personified in the lead character who is a hassidic Jew who fell out of practice. He needs the cash but eschews the mystic connotations of his assignment to be a Shomer for a man with a tragic past. 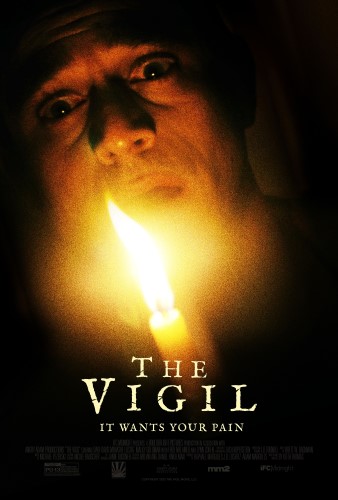 After some basic establishment The Vigil becomes the kind of slow burn horror rollercoaster every modern horror seems to have become. Lots of shots of pitch darkness lit only by roving cell phone flashlights and dim fixtures, near silence punctuated by distant environmental sounds or, more often and annoyingly, by obvious artificial tension noises you’re not certain the people in the movie can hear or just exist for the benefit of the audience. This is punctuated by flashback nightmares that do at least establish people who, by their furtive natures and traumatizing pasts, seldom say anything but it doesn’t radically alter the impression of the production being essentially a linear sequence of scares spaced out by walking slowly and letting the dread seep in.

The cultural context of the demon and the toying with the notion of all these strange occurrences being tied into mental illness does keep things fresh until the curtain, although a great deal of the shocks and twists you will recognize if you’ve ever seen a movie of this genre before.

There’s a heart at the core of this movie which does elevate it past a simple cash-grab-bag of popular elements. Actually the whole demonic freak show is a disservice to the quieter, calmer familial and faith issues I ultimately found the more interesting.
As a horror film it’s adequate but there beats a soul that raises it a couple notches higher than mediocre.