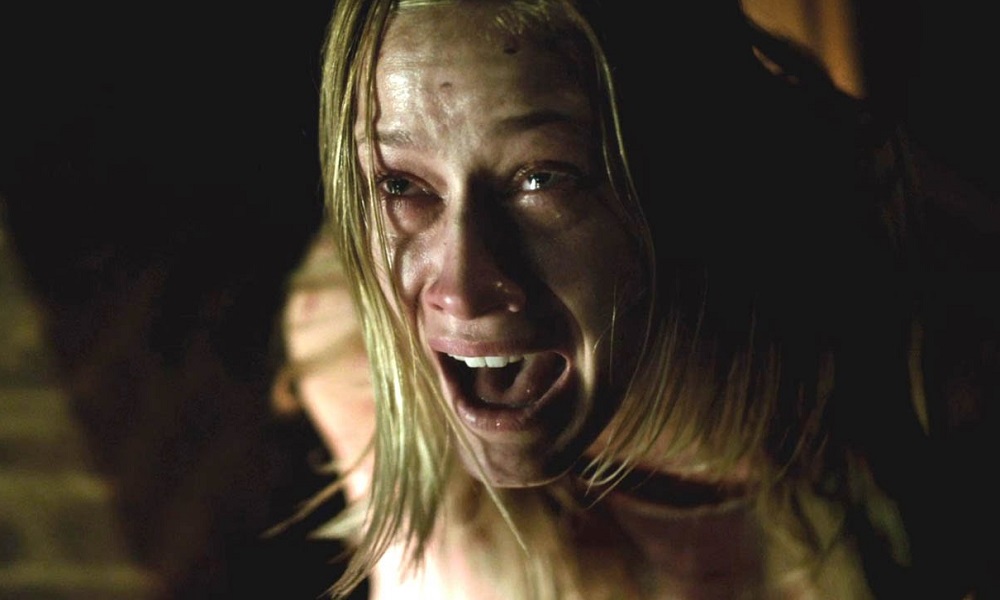 The Exorcist came out in 1973, 42 years ago, and despite the fact that there have been dozens if not hundreds of films dealing with demonic possession and exorcism since then, none of them have come close to matching The Exorcist in terms of sheer terror and power. You can add The Vatican Tapes to the ever-growing list. This is a film that doesn’t even pretense to being original. It desperately wants to be a modern Exorcist but in the end, all it does is waste an hour and a half of your time. 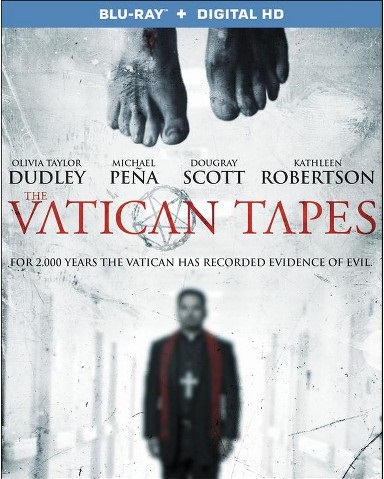 A young woman, Angela Holmes, is celebrating her birthday with her boyfriend Pete (Amedori) and father Roger (Holmes). She suffers a cut on her hand which begins a series of events that eventually spirals her life out of control. Now, a lot of times in movies dealing with possession we never know how or why a person becomes possessed or why they are targeted by the evil spirits, but not knowing may be better than a slip of a knife somehow opening one up. I’d have been taken long ago!

Angela begins to act more and more irrationally, eventually falling into a coma and landing in the hospital. There she begins to exhibit various powers such being able to control people and read their minds. “Luckily” a Catholic priest named Father Lozano learns of Angela’s condition and seeks the aid from his superiors from the Vatican. Cardinal Bruun is dispatched to perform the exorcism with the help of Father Lozano.

We get the full bag of tricks once the exorcism begins…talking in tongues, levitating, speaking in a different voice, etc…literally everything you’ve seen in every film about demonic possession. At least some films try to add to the repertoire but Director Mark Neveldine, whose last effort was the atrocious “Ghost Rider: Spirit of Vengeance” is content to just connect the dots in a simple, straight forward path, never deviating from the expected outcome.

One thing that can escalate films of this type above the others is the performance of the victim of the possession. We saw this of course with Linda Blair as well as Jennifer Carpenter in “The Exorcism of Emily Rose.” Olivia Taylor Dudley (who can also be seen in “Paranormal Activity: The Ghost Dimension”) is simply unconvincing and ultimately forgettable. Other fine actors like Dougray Scott and Djimon Hounsou are wasted and have little to do other than look on as prop pieces. Despite having a solid cast, The Vatican Tapes offers nothing original or provocative.