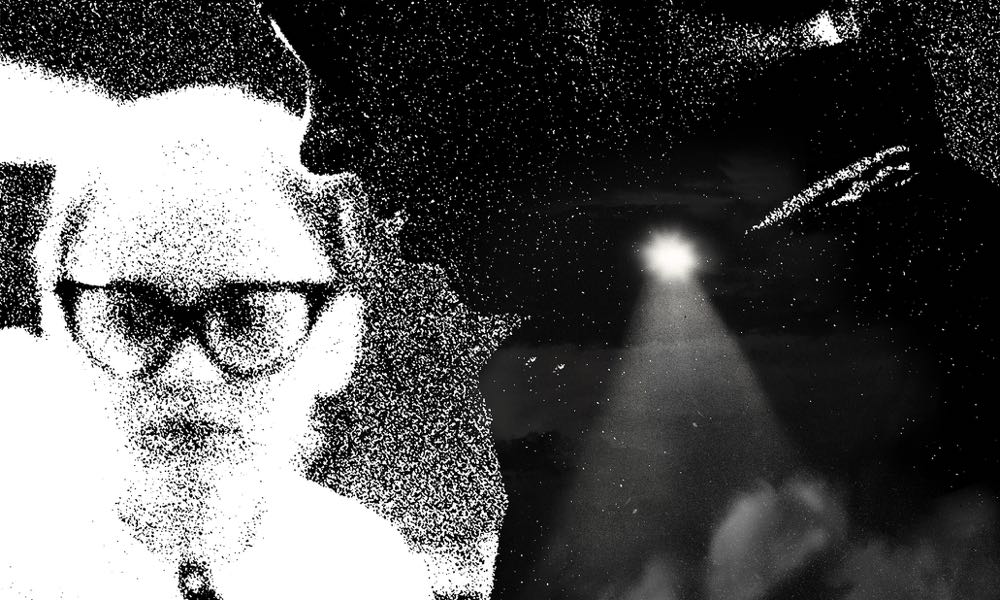 The Vast Of Night, Amazon’s retro-styled tribute to the science fiction of the fifties, is like an amusing short story of the sort once featured on the popular anthology series of that early atomic age decade this film mimics. The Vast Of Night is light reading in movie form. Because this film gets set in the past, it has all the romantic and nostalgic charm typically found in a period piece. The Vast of Night does a terrific job capturing the look and feel of the period and the small town where the events of the film take place.

However, the thing is that sort of stylish presentation still requires a story to tell, and while watching this production last night, I kept waiting for the introduction of a storyline to emerge to help keep me interested beyond that charming veneer. Finally, after an hour or so (I checked), of establishing context, and introducing the main characters, a whisper of a genre storyline about alien abduction finally arrived.

Finally, I thought, thinking the plot was about to thicken and more substantial proof of an exciting narrative was forthcoming, I waited for the moment to arrive with waning patience until the film ended without the expected payoff. Seriously, if you expect something beyond the surface charm and style of this film, it pretty much never arrives. While it does a great job creating atmosphere and tension, storywise, I have to say its disappointing.

The Vast of Night is a 2019 American science fiction film written by James Montague and Craig W. Sanger, and directed by Andrew Patterson. The film premiered at the 2019 Slamdance Film Festival and was released theatrically in the United States by Amazon Studios in drive-in theatres and on Prime Video on May 29, 2020. The film stars Sierra McCormick and Jake Horowitz, and the cast does a remarkably good job with what they have to work with, and I enjoyed their portrayal of the characters they played. Likewise, the cinematography is mostly well done, especially if you enjoy watching shadowy figures running through the dark for extended periods.

Finally, The Vast of Night is an enjoyable enough retro-styled way to pass the time with an understated alien abduction storyline that sometimes resembles a fan film more than a polished professional production. Go ahead and rent a location in case you are a new artist that needs more exposure and attract audience.