LATEST
Home Movies Blu-ray The Space Between Us: Blu-ray Review

The Space Between Us: Blu-ray Review 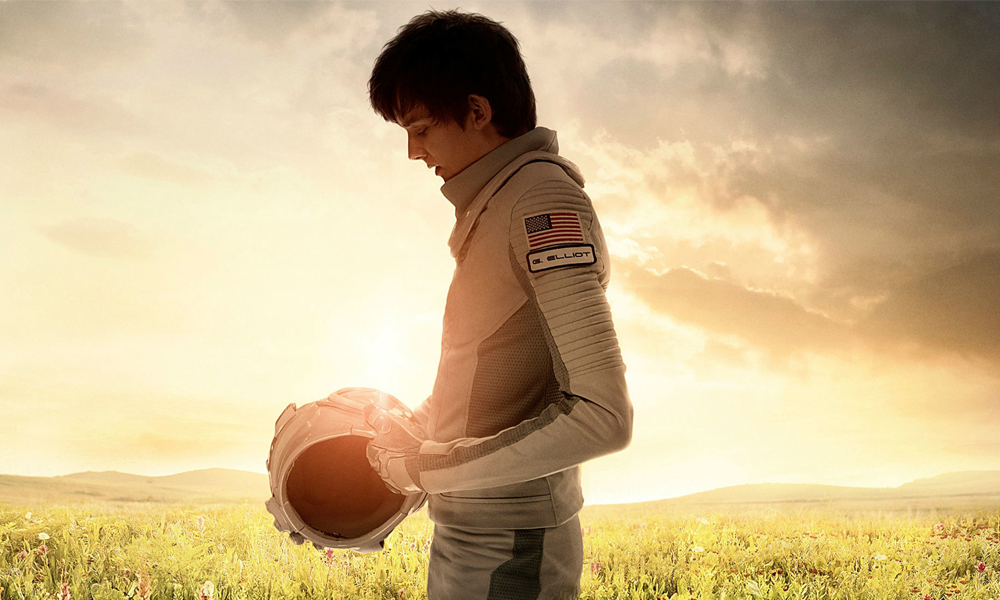 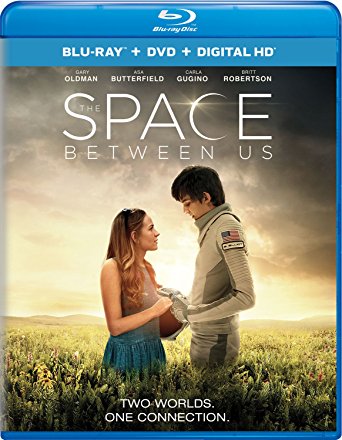 The colonization of Mars becomes more of an impending reality every day. While many have pondered the particulars of getting there, The Space Between Us deals with the practically of a human being born there and coming to Earth. It is a breath of relief that the story isn’t just about trying to find water or corporate scum bags squeezing the settlers for air, and no aliens are involved. This story is about being born into a world different from the one we know and coming to Earth to discover one’s roots.

The film opens on the day of lift-off, where a team of six new astronauts are heading to East Texas, the human colony on the planet Mars. After a rousing and uplifting speech, Nathaniel Shepherd (Gary Oldman) introduces the Commander of the mission Sarah Elliot (Janet Montgomery) and the crew is on its way to Mars. The plot takes hold when we learn that Sarah is pregnant and, upon reaching Mars, dies after giving birth (if you have seen the trailer, this is no spoiler). Back on Earth, Shepherd and NASA decide to not bring her baby son home. In fact, for the sake of the mission and public opinion, her son is deemed classified. In the blink of an eye, it is sixteen years later and Sarah’s son, Gardner, has grown into a brilliant whiz kid (how could he not be when raised by Scientists?) who now works as a member of the East Texas colony team. His best friend is a robot he helped design, and his mother-type figure is Kendra (Carla Gugino),  who raised him. Gardner only has one true human friend in the form of a digital pen pal on Earth, Tulsa (Britt Robertson). She believes that Gardner lives in New York City and has a disease that keeps him indoors.

The plot, which really jumps over numerous questions and everyday issues (I’ll get to those in a minute), revolves around Gardner’s desire to go back to Earth and find his father. Against Shepherd’s better judgment, NASA’s current director, Tom Chen (BD Wong) decides to bring the boy home. Kendra escorts her adopted son back to Earth, but, before all his tests can be done, Gardner escapes NASA (again raising more questions) and is off to find Tulsa and his father.

The biggest surprise to me about The Space Between Us is that it is a YA story. If you are unfamiliar with that term, it signifies that this story is for Young Adults. Falling into that genre are films and books like Twilight, Divergent, and The Hunger Games. There is still a level of success and crossover appeal for each where older viewers can enjoy the property as well, but the best audience for The Space Between Us audience is clearly Young Adults. How Gardner’s mother got pregnant, who his father is, and where he is located all feel as if it should have been common knowledge to NASA. Sarah was team leader and astronaut on an important mission. Even two months out, before the mission, wouldn’t’ she have monitored and tested on practically a daily basis? A little thing like a pregnancy would have definitely turned up.

Gardner’s life on Mars will make most older people and even science fiction fans ask a slew of questions. The kid is infatuated with Earth studies, but has no idea what a horse looks like when he sees one on Earth He knows how to not only hack the station’s robot but navigate the air ducks to steal it undetected, yet he waits his whole life to break into his mother’s personal effects locker? He apparently only has access to a couple movies, but can pull up post-WW2 dating ritual industrial videos? The final question is, how does he have a pen pal that NASA knows about, yet has no access to social media or YouTube? It may be thirty plus years into our future, but outside of seeing a rudimentary robot and smart car, everything else looks like life today, in 2017.

On the other side of the coin, all the “real world” problems Gardner faces when he gets to Earth, such as his body not being able to adjust,  are spot on. In fact, it almost seems silly that he “escapes” as quickly as he does without having some idea of what will happen to his body. Sadly, what this becomes is a modern version of the Boy in the Plastic Bubble. Gardner tracks down Tulsa and they begin their trek to help him find his father. The two teens steal cars and an airplane all in the name of righteousness. It seemed as though they kept getting away with too many super dangerous things considering that NASA was on their heels. Naturally, the obligatory teen romance was also quick to flourish.

This YA story was clearly not for me. The leaps in logic and the all important questions kept getting in the way. To be honest, I had “it” figured out 15 minutes into the film which did help to explain a few of the leaps in logic, particularly when it came to NASA. Britt Robertson does a fine job playing a character that is actually 12 years younger than she really is. However, her “tough as nails” persona is a bit cliche. Asa Butterfield, who hasn’t really had the chance to shine since 2011’s Hugo, plays the fish out of water perfectly. He clearly needs to find either a comedy or sitcom to display the full depth of his talent.

The ending, however, isn’t as YA as I thought it would be. A lot of the “fantasy” aspects of the film allowed me to think there would be a perfect ending for our characters. Instead what we got was humbling and realistic. This was in contrast to everything we saw.

This is a movie to watch with your teenagers. For practical adults and science fiction fans, I recommend looking elsewhere for your Mars fantasy. After watching The Space Between Us, I felt as if the blood sucking tycoons squeezing colonists for every cent was more realistic than the bubble boy coming to Earth for a vacay.

• “Love” Featurette  – An inside look, with the cast and filmmakers, at the themes of the film, highlighting the one theme that connects us all – Love.

• Feature Commentary with Director Peter Chelsom – Available only on Blu-RayTM and DVD.