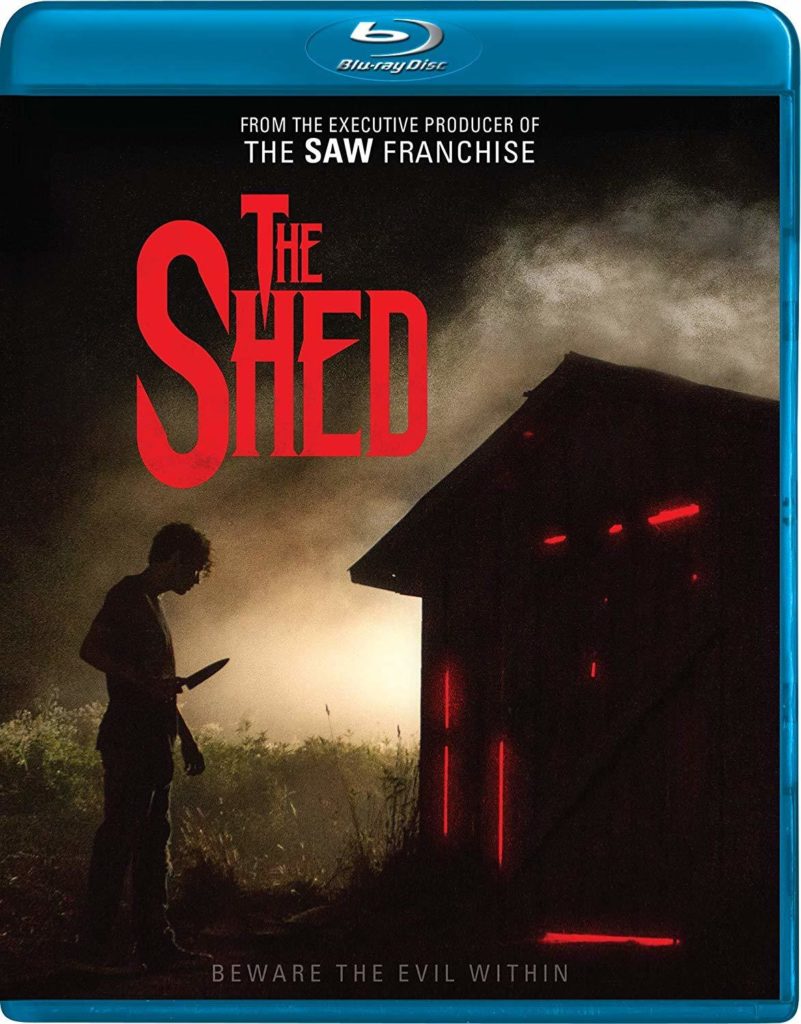 A hunter is bitten by a vampire as the film opens and takes refuge from the burning sun by hiding out in a shed. The shed is in the backyard of the house occupied by teenager Stan (Warren) and his grandfather. Stan has been living with his abusive grandfather since his parents died. Stan not only is berated constantly by his grandfather, but at school, he and his best friend, Dommer (Kostro), are constantly harassed and bullied by another group of teens led by Marble.

Stan and Dommer dream of getting out of their small town, along with Roxie (Happonen) for whom Stan has had a lifelong crush. Their troubles are going to have to take a backseat once they discover the monstrous creature now hiding out in Stan’s shed. Dommer, however, sees the creature as a tool of revenge against the boys how have bullied them for years.

The Shed has a bit of a Stranger Things meets Fright Night vibe to it. There’s a dose of humor mixed in with the horror, but the film feels ultimately incomplete and empty. There’s no attempt to explain the backstory of the vampire who bit the hunter. His brief appearance was one of a typical Eastern Europe vampire complete with cape. That’s something that I wanted to know.

Another major hole is the fact that while the newly turned vampire initially takes refuge in the shed to avoid the sun, for some reason he remains there…day after day and night after night with seemingly no desire to greener pastures as it were. We have an interesting premise to be sure, but it isn’t capitalized upon by Director Frank Sabatella.

All the adult roles such as Stan’s grandfather and the town Sheriff (Siobhan Fallon Hogan) are just caricatures of the type always seen in low budget horror films. The three leads who play the teens are passable although they tend to deliver their lines with hammy zeal.

Frank Whaley, an accomplished actor who appeared in a string of 1990’s hits like Born on the Fourth of July, JFK, and Pulp Fiction, plays the vampire here…at least the hunter who is turned into the vampire but his role is brief and one wonders if he owed someone a favor.

The Shed isn’t the worst vampire movie I’ve ever seen but it’s definitely not one you’ll remember for long.