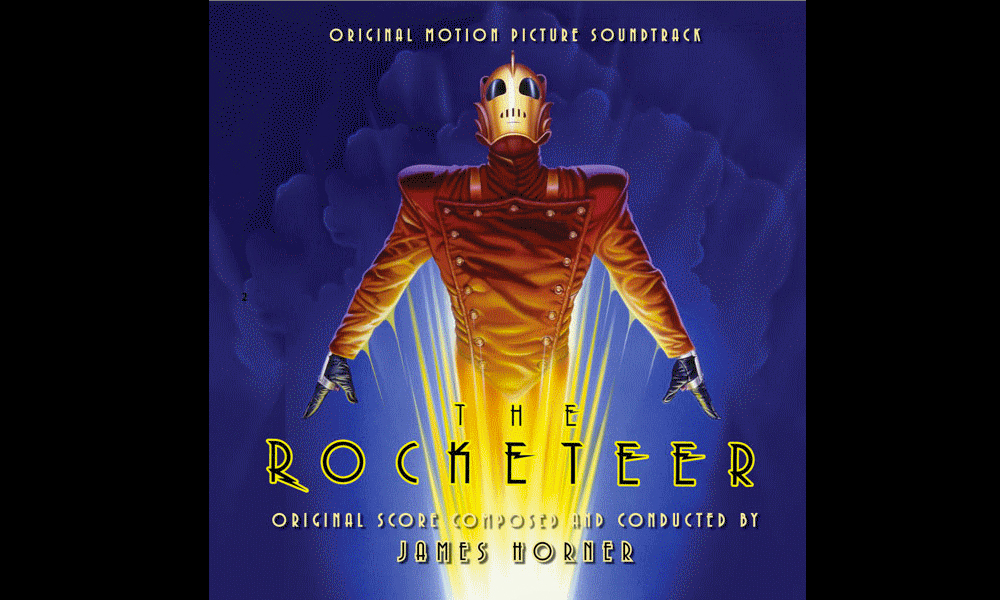 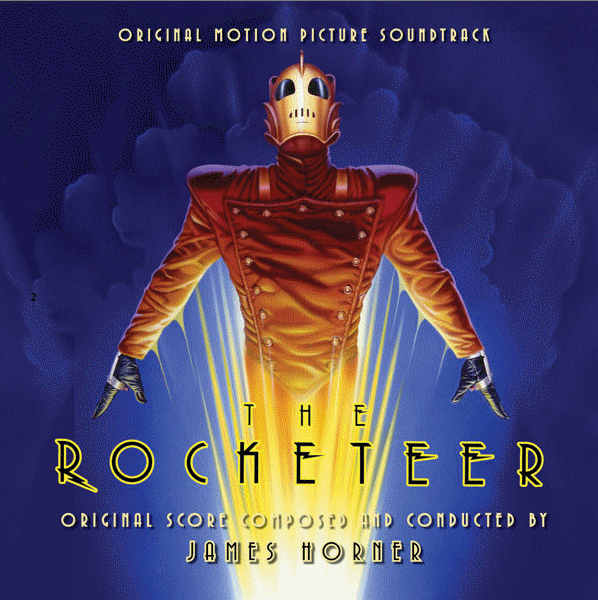 It takes a true maestro to take you back to a film, without its visuals, using only their music. James Horner was such a composer. Whether it be Glory’s “A Call to Arms”, Wrath of Khan’s “Battle In The Mutara Nebula, or the “The Ludlows” from Legends of the Fall, Horner’s music was every bit as much of the film as the actors, the director, and the cinematography. However, it’s The Rocketeer may be his finest example of this.

One of Horner’s personal favorite scores was also one that had long been unreleased, completely, to the public. Years ago, while picking up three of Horner’s expanded scores for Krull, The Wrath of Khan, and The Search for Spock, I was asked if there was anything else I was looking for. I asked the representative if he had ever heard of an expanded Rocketeer score. Having listened to the cassette and then the CD for years, I knew that there was music missing, subtle moments that were not part of the action, just those pieces of music that help to build on the story. As a fan of both Horner and The Rocketeer, I wanted it all. The representative (sorry I cannot remember who it was) said that a full Rocketeer score would never happen as long as Horner was alive. His story was that Horner loved the score, but Disney had rushed his conception and scoring of the piece. To get even with Disney, he withheld the release of the full score. I don’t know how true that story was. Again, it was only what I had been told. It was difficult not to believe the man as he worked in the music industry and just sold me three complete scores by Horner. For heaven’s sake, one of them was Krull. On a movie scale, I think it is safe to say that The Rocketeer is more beloved than Krull. So perhaps there was some validity to this story. The sad truth is, now that Horner has passed, a full score of The Rocketeer has been released.

Intrada has released a “Special Collection Volume” of this beloved Disney classic. Any fan of the original soundtrack will immediately notice the difference with tracks starting with number two. In the original release (completely included here), we went from Horner’s opening title to “The Flying Circus”. Now, eight tracks fill, what will be, twenty minutes of lost music. These tracks allow the listener to stay with The Rocketeer, Jenny, and Peevy even longer.The villain’s music is also available to us for the first time in “Neville And Eddie”, “Lothar Gets Wilmer” and most importantly, “The Laughing Bandit”. “The Laughing Bandit” is one of my particular favorites that has been added because it really helps to paint that picture of Neville Sinclair as the Nazi Spy. It’s fun, over the top, and reminds us that he has the perfect camouflage.

The “Love Theme” is present in the original release of this soundtrack. It is something you will notice while listening to “Jenny”. Now we have the arrangement to listen to in its entirety. Because this piece of music wasn’t in the film, it leads me to believe that Horner may have used several of these notes again in his composition of Legends of Fall.

I’m sad that it took the passing of James Horner for the full breath of this score to be released. That said, I would gladly give it up for a hundred more new scores from Horner. If you are fan of both Horner and The Rocketeer, you must have this release. It soars to new heights, gives villains their dues, and makes you believe that a man can fly. 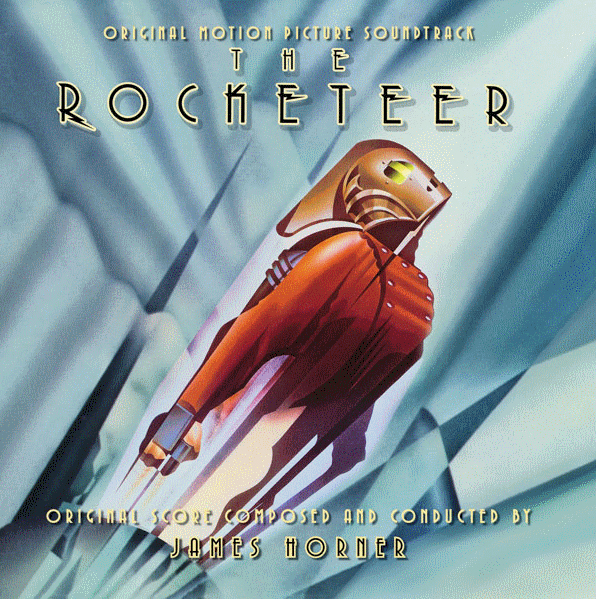 09. Rendezvous At The Griffith Park Observatory (8:10)

*Not Featured in Film
[review]