The Riddler: Year Of The Villain #1 DC Comics – Comic review 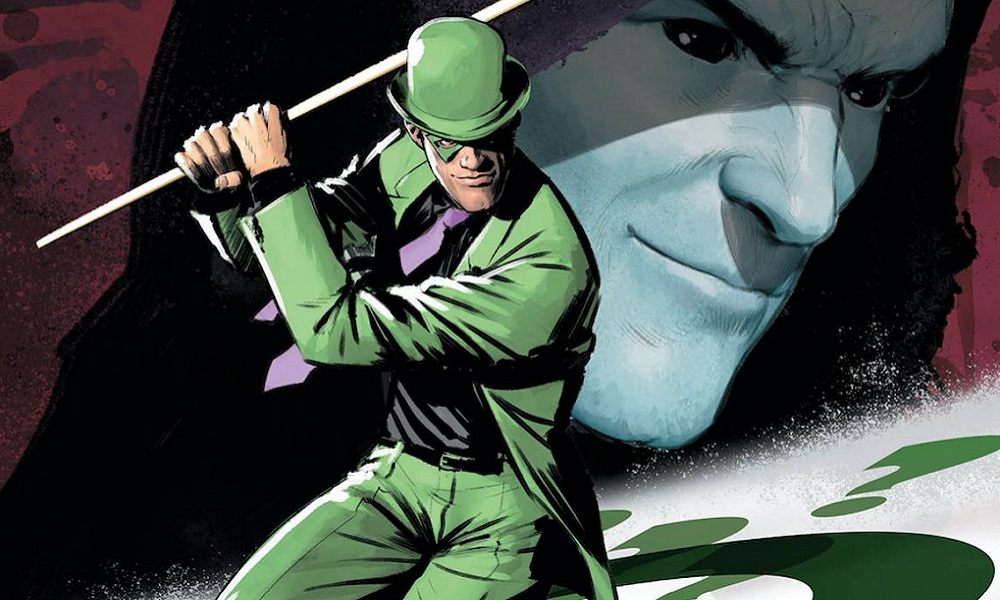 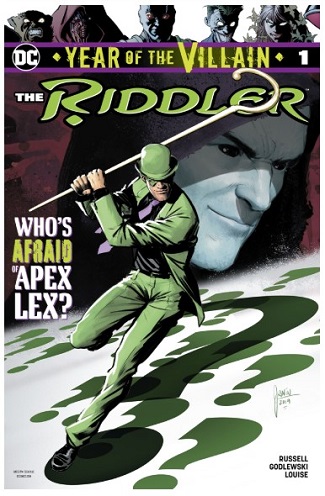 Penned as part of “DC Comics” crossover comic book event “Year Of The Villain”, Mark Russell’s storyline for this thirty-page one-shot certainly delivers in its creative team’s goal of portraying the Riddler as an “inherently tragic… forty-year old man who dresses up in a green costume covered in question marks because he happened to win a riddle contest when he was ten…” In fact, despite this periodical containing plenty of hilarity in the shape of King Tut’s humiliating multiple defeats at the hands of Batman, it will arguably be hard for its audience to recall so sombre a depiction of Edward Nygma as that which Lex Luthor encounters whilst presenting his “dark gifts to super-villains across the DC Universe.”

Fortunately however, “Thanks For Nothing” doesn’t simply contain a sedentary script focusing upon the titular character’s repeated failures “to kill the single best-prepared-for-violence man in the world”, but instead intermixes the murderous mastermind’s depressive musings with plenty of slap-stick action, courtesy of a half-hearted team-up alongside the criminal Egyptologist, Victor Goodman. This compelling combination of the mutton-chopped maniac chasing his personal validation coupled with such antics as the pharaoh’s man-eating tiger prematurely roaring behind the door of the Hall of Two Truths, really manages to imbue a potentially pedestrian-paced plot with infinitely more bounce.

Perhaps this comic’s only possible disappointment is therefore the fact that at no point does the American author actually pit the ‘prince of puzzles’ against the Dark Knight himself, despite having Bill Fingers’ co-creation place himself (“under protest”) inside an ancient sarcophagus ready to administer a lethal coup de grace upon Batman at the conclusion of the comic. Such a confrontation would undoubtedly have gone sour for the Riddler, considering just how inept Tut’s previous efforts to “put one over on a regular dude in a bat costume” have gone. Yet Nygma’s decision to simply walk away from the opportunity to finally defeat his arch-nemesis still somewhat smacks of being anticlimactic; “I quit… I need to start over. I have to leave the failures of the past behind. And say goodbye to myself if I’m ever going to become what I was always meant to be.”

Infinitely more appealing than this book’s demoralising ending is Scott Godlewski’s pencilling, which somehow manages to provide the “pathetic” Edward with an almost palpable atmosphere of gloomy despondency due to “his body language”, whilst simultaneously giving Tut the manic energy a reader may well expect from a lower-tier member of the Caped Crusader’s Rogues Gallery who is blindly determined to somehow defeat his foe with as much gimmicky aplomb as possible.