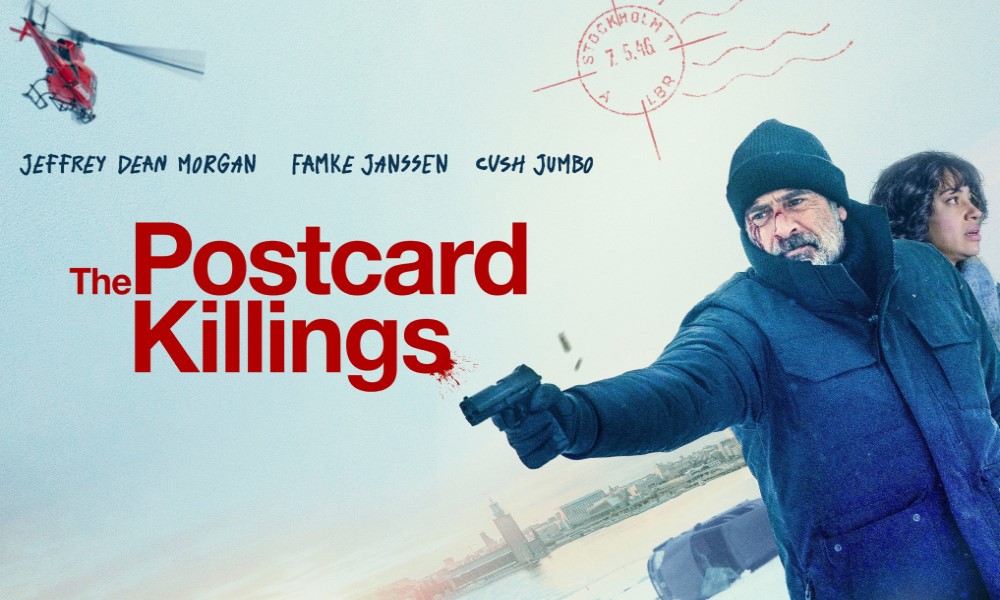 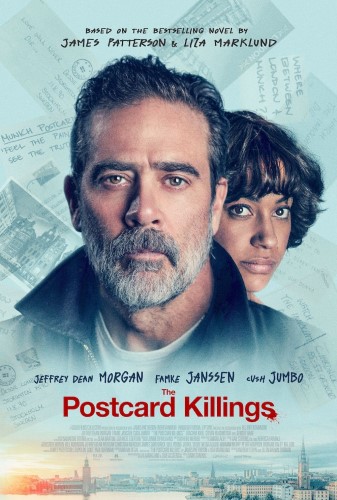 The Postcard Killings was far more interesting when I looked up an interview with the director who described how he liked the project because it didn’t involve learning the languages of the cast and crew or even knowing much about the story: he just directed the script as it told him to. That’s what this film feels like: the product of hard but not particularly emotional work. The plot is a rote as a literal book on how to write detective fiction.

We’ve got the elaborately murders of a serial killer which improbably only one vengeful cop believes are part of an ongoing plan rather than isolated incidents. The rest of the police force of several continents seems content to either ignore the killings or consider arranged bodies and ominous messages on postcards sent to victims to be just something that happens on crime scenes sometimes. There is a scene in which the grizzled detective is chewed out for being too close to the case and stalks off in a huff. There’s a plot twist, a car chase…it’s paint by numbers or mad libs made into movie form.

At least it all looks nice. There’s a blue filter over everything making it feel cold (and making dark areas hard to see) but there’s some fun techniques to put you in the shoes of the protagonist. When he’s drunk the camera wobbles and the picture doubles. He dreams in blindingly bright colors. Nothing spectacular but serviceable.

What isn’t so serviceable unfortunately is the lead himself. As The Comedian in the movie Watchman he did a great job, but here his heart doesn’t feel into the role. He can’t even grunt convincingly. Granted the lines are so tired they limp off the page but it doesn’t help when the act looks more bored than troubled.
It all wraps up with a ‘gotcha’ conclusion which isn’t so much a carefully crafted mystery coming to a head so much as a rushed tying up of loose ends.

It’s by no means a terrible movie, but you’ve already seen something like it if you’ve ever seen any film in the same genre. Apart from if you really must see a movie, any movie, and are okay with a mediocre one without any glaring flaws or virtues I suppose you could do worse.