One of my favorite lower budget horror films of the past few years was 2012’s The Pact, an imaginative and original thriller/supernatural horror written and Directed by Nicholas McCarthy.  The first thing you have to know about the sequel is that McCarththy is not involved and that is NOT a good thing.  The sequel is written and directed by the team of Dallas Richard Hallam and Patrick Horvath.

The Pact 2 picks up just a few weeks after the first film in the wake of the bloody rampage of a serial killer Charles Barlow, known as “The Judas Killer.”  June (Luddington) is a crime scene cleaner and aspiring artist living with her boyfriend Daniel (Foster) who is a patrol cop.  A new murder occur which as striking similarities to the Judas Killer’s MO which causes the police to fear there is a copycat killer.  An FBI profiler named Ballard (Fischler), wrapping up his work on the Judas Killer work and decides to investigate.  June meanwhile is having nightmares of murders and sees the first victim in her dreams. 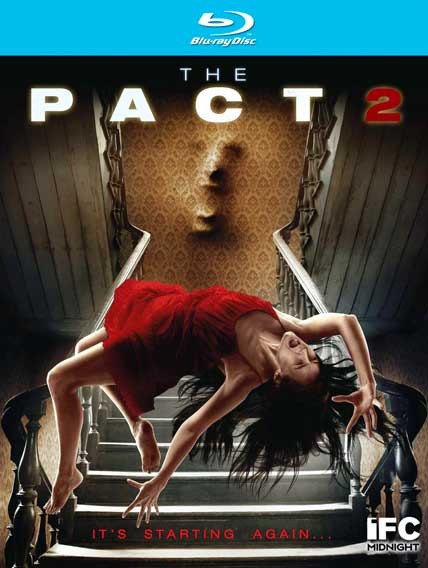 When June’s mother becomes another victim of the copycat, she learns that events from her past have set her up as a target for the killer.  Now haunted by the spirits of the two victims, June is desperate for help and reaches out to Annie Barlow (Lotz) who was responsible for killing Barlow in the first film.  The pair attempt to reach out to the spirits for aid before the killer can get to June.

The fact that Nicholas McCarthy was not involved in the sequel indicates to me that he told the story he wanted to tell and there is no reason to revisit the events.  Someone else obviously felt differently but the fact is that while The Pact 2 is not a bad film, there was simply no reason for a sequel.  Hallam and Horvath lack McCarthy’s skill for subtle horror and instead go for a bushel full of “gotcha” moments when one of the gruesome spirits shows their face.  They employ this tactic over and over until you expect it around every corner.  The story is needlessly muddled with sub-plots which ultimately play no importance in the story.

Caity Lotz and Haley Hudson reprise their roles from the original film with Hudson again playing the spooky psychic, Stevie.  Lotz, who played The Black Canary in the TV series Arrow and will play White Canary in the upcoming Legends of Tomorrow, looks positively bored as she basically sleep-walks performance.   Hudson was again creepy and kooky as Stevie in a role that was far too short.  Patrick Fischler (Mad Men) was terrific as the quirky FBI Profiler Ballard and he steals the show.

The Pact 2 is a needless sequel but it has some positives however it helps to see the original first. 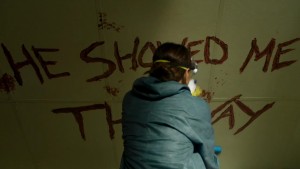 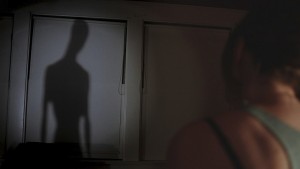 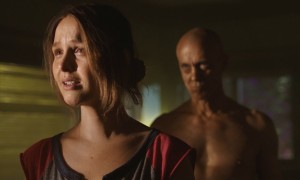