The Other Side of the Door Blu-Ray Review

Since her character of “Lori” was killed off in The Walking Dead, Sarah Wayne Callies hasn’t exactly been in a string of hit movies. Films like “Into the Storm” and “Pay the Ghost” were disappointing, direct-to-video releases and, unfortunately, “The Other Side of the Door” isn’t going to improve her track record. This low energy supernatural horror never truly manages to engage the viewer. 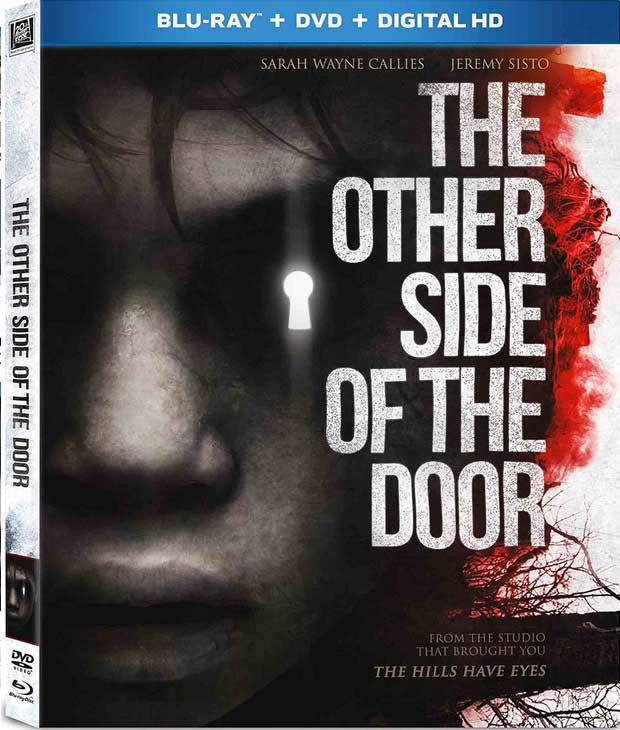 Maria (Callies) and her husband Michael (Sisto) live in India along with their daughter, Lucy. A flashback sequence shows the tragic events in which Maria crashed her car into a lake and she was left with the heart-wrenching decision of only being able to save one of her children, leaving her older son Oliver to drown.

After a failed suicide attempt the distraught Maria is approached by her housekeeper Piki who tells her that she knows of a way she can say goodbye to her son one final time. She relates the tale of an abandoned temple in the jungle where the wall between the living and the dead is week. There she can scatter her sons ashes and speak to him one more time through a door…a door that Piki warns her she much not open.

Well you can pretty much guess what happens next…Not satisfied with just hearing Oliver’s voice Maria opens the door in the hopes that she can see her son but finds nothing behind the door. However, once she returns back home her and the rest of her family become haunted by Oliver’s spirit which has turned evil and vengeful because it could not be properly reincarnated. The spirit causes all the plants and trees surrounding their home to die and Maria finds herself stalked by a terrifying, mummified body. Even worse the spirit begins to target young Lucy, possessing the child.

Other than its unusual setting of India, there’s little to distinguish The Other Side of the Door from dozens of other recent, similar supernatural horrors. The plot is a predictable, by-the-numbers affair which marks no new territory. Even without originality a horror film can still rise above by actually being…scary. The Other Side of the door is having none of that, however. Dirctor Johannes Roberts pulls the same old standard jump out of your seat moments throughout.

Neither Callies nor Sisto are particularly interesting. Sisto plays the usual doubting father routine until it’s too late. Callies is still Lori Grimes…eternally stressed and always annoying. Only Suchitra Pillai-Malik as the housekeeper Piki stood out in the crowd. Maybe worth a streaming view if there is simply nothing else you can find.

Deleted Scenes – 6 additional scenes
Behind the Door – Making of featurette