The Orville Review: Episode 4 Had A Big Surprise 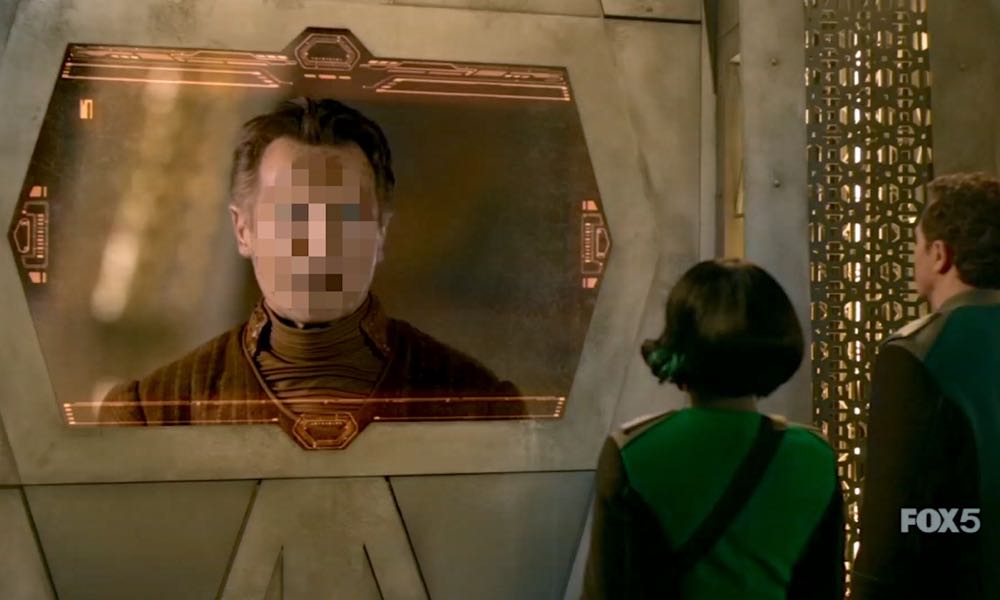 There’s no denying the remarkable and surprising impact The Orville has had as a science fiction series. What’s maybe even more surprising is the reaction the show has gotten from genre fans. It may be too early to call it, but everything indicates its a huge success so far. The show is just plain likable begging the question will it be able to keep it up?. What it lacks in originality, (it does seem to be recycling ideas from other science fiction series from the past at times) it makes up for in different ways.

One way the show avoids becoming stale or boring, so far, is by having the subject matter it tackles from week to week continue to be surprising. For example, last week’s episode was a well-done discussion of current social issues surrounding gender assignment and being able to choose for oneself regarding these matters while this week’s show is more of a solid old-school science fiction story. Continuing to do the unexpected is one way to hold off becoming predictable production, but will the show be able to maintain this quality while still retaining its charm?

One of the show’s best qualities is how it took such an obvious idea of portraying its characters as regular (down to earth) people, and the way it’s done here it feels like something fresh and new. While the show does resemble its obvious inspiration drawn from Star Trek, it’s also strongly reminiscent of Firefly and how that series humanized its characters by allowing them to have flaws. The Orville is doing the same thing by giving its characters the lateral flexibility to swear and express themselves emotionally, and I love how the ship’s captain and the first officer are both wise-asses who can’t resist making a smart mouth comment whenever an opportunity presents itself.

Admittedly the idea of this crew flying around the universe representing earth is a little scary because some of these people are not too bright.  Giving them a ship like the Orville is like giving a not very intelligent person down here on earth a loaded gun with plenty of ammunition and a speedy car to get around in and then turning them loose

If The Stars Should Appear was a pretty much straightforward old-school science fiction adventure episode without much to distract from that in the way of subplots. The Orville comes across a massive creature-made object drifting in space. It turns out to be a massive spaceship, with people living inside. The problem is the ship is drifting towards a star and certain destruction. So the crew has to intervene to save the lives of the millions living inside the ship which has an interior resembling a Dyson Sphere with an organic ecological system.

Most of the occupants are suspicious, superstitious, ignorant rural folks unaware they are even on a ship and resistant to any ideas that disagree with the laws of the fascist theocracy under which they live. Things get complicated, Alara gets shot, and we get to see some future medical technology at work.  Kelly is taken prisoner and tortured for information by the suspicious, xenophobic leader of the government. The others rescue Kelly and after exploring the enormous ship, finally, discover the bridge and a recording made by the last captain before his death. By way of a big surprise, the Captain is played by  Liam Neeson in the cameo role. If MacFarlane can continue to enlist star power of this sort the series is bound to do well.

Meanwhile, the Orville itself responds to a call for assistance from a ship under attack by the Krill. I would appreciate a better explanation of the situation with the Krill by this show. From what I understand, humanity is at war with the Krill, but the only evidence of this is minor skirmishes of the sort portrayed in the pilot episode and this one in which the Orville destroys the Krill ship. What’s up with these guys, why do they hate us? Is there an ongoing diplomatic attempt to end the war? What and who started it in the first place?

So there you have it, another episode with an enjoyable blend of action, adventure, and mystery that adds up to some enjoyable science fiction fun. It looks like Fox may have a heavyweight Thursday night on its hands that’s going to be hard to compete against for a while at least.