The Orville Recap and Review: Episode 8 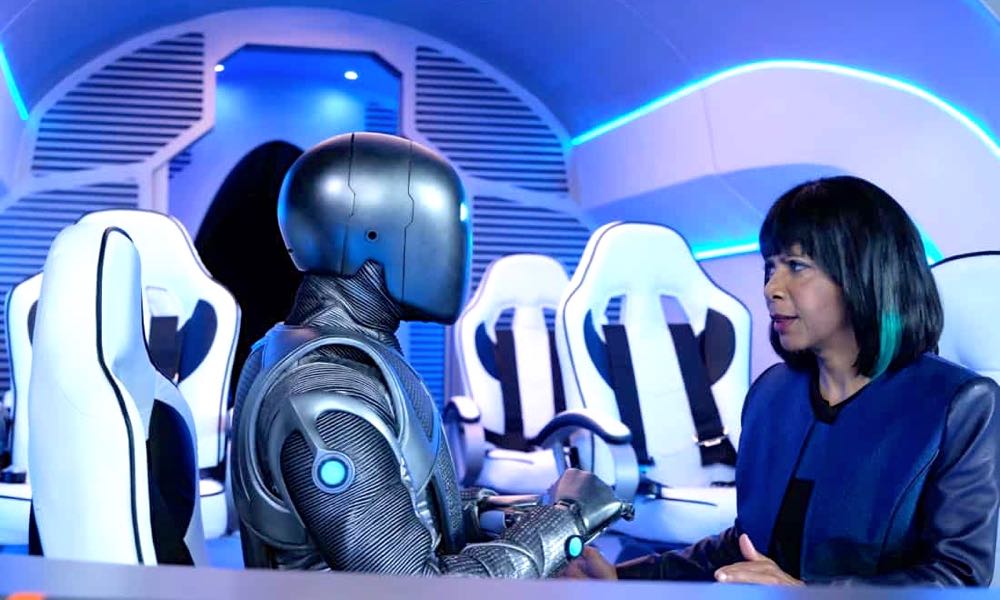 In the news this week was the announcement that The Orville had been picked up for a second season and watching the show this week, it was easy to understand why. The Star Trek tribute series earned it. From the excellent opening credits to the simple but good stories, it’s easy to tell The Orville is a labor of love and it shows.

This week’s episode was an excellent example of what I mean by a simple but good story. Co-written and directed by long-time Star Trek writer/producer Brannon Braga, it was a reminder that no matter how far we go into space or the future some things never change, least of all human nature, and that inside each of us is a child that requires guidance and love.

Also, this week’s episode featured longtime genre character actor Brian Thompson who must thank his lucky stars that he was born into a time so chock full of opportunities for him to ply his craft in science fiction and fantasy movies and TV. From The X-Files to The Orville and many times in between it’s always a pleasure to his familiar features on the screen as a part of a production.

In an episode that focuses almost entirely on Dr, Finn, and Isaac, Into The Fold begins with the revelation that Dr. Claire Finn has children, two sons that would be considered a handful under any circumstances, As Issac would put it later they are erratic, undisciplined, volatile and unpredictable. In other words, these continually bickering kids are out of control and spoiled rotten. It’s the Doctor’s mission as a single mom to get them out into an environment where they can engage in some actual play outside, an idea her preteen video game addicted son is firmly against. Just before they leave, Isaac arrives and announces he will be joining them on their trip.

It’s not long after they depart when things go wrong when their shuttle encounters an anomaly in the form of a gravity shear that grips their conveyance inescapably pulling them thousands of light years off course and forces a crash landing on an alien moon. The constant kids fighting contributes to the situation making things worse when a thrown object hits the shuttle’s controls. The landing results in the doctor getting separated from everyone else, leaving Isaac alone to deal with the kids.

We learn the moon they land on has a population of possibly cannibalistic mutant scavengers who are poster kids for characters of this ort we have seen in science fiction lots of times before, with physical abnormalities and raggedy clothing. The situation of Issac with the kids goes remarkably well when the seriousness of the situation begins to sink in on the youngsters, and Isaac adapts quickly considering he has little experience with human idiosyncrasies and behavior. He stays focused on what he must do to ensure they get rescued and survive the unfortunate turn of events. Before the trio sets out on a cross-country trek, we learn the planet has an intentionally contaminated water supply with a bio-weapon from an earlier war that causes the same illness affecting the scavengers. Along the way, the younger of the doctor’s kids gets exposed and falls ill when he falls crossing a stream.

Meanwhile, the doctor gets captured by a man who seems to mean her no harm at least not right away. He is not ill like the other inhabitants of the moon that attack the kids while Isaac was away exploring. There is a substance they require to power what’s left of the shuttle for them to transmit a beacon for rescue.

Claire’s capture gets portrayed in a manner reminiscent of old movies about prisoners of war held against their will like Stalag 17 and The Great Escape, and the same tropes get shown at work that gets used in those films. She proves to be intelligent, brave and resourceful and eventually escapes recovering her equipment and contacts the others.

Meanwhile back on The Orville, they are busy trying to find out what happened to the missing shuttle and track it as far as the gravity tear which Gordon amusingly refers to as a “glory hole” which  Bortus matter-of-factly repeats.

As the episode reaches its climax,  Finn and her kids are reunited just before the scavengers muster the courage to attack, an attack which Isaac and the older of the two children manage to fight off and of course the Orville arrives just in time to end the attack for good. That’s the thing about this story it was effective and enjoyable, plus we learned a lot about Isaac and Dr. Finn, but because it’s  The Orville, there was never any real concern that things would not turn out well or that anyone would die. It’s not as if its a dark drama like The Expanse where stuff like that happens, but still it was a compelling narrative that served its purpose and entertained pleasantly and engagingly.

The idea the series has attracted the talents of Brannon Braga to write and direct an episode implies that more people like him could be tempted to do the same. And that, by inference, means this series could end up being more than a Star Trek tribute series, but eventually, end up as an actual unique brand of Trek series itself.