The Orville Recap And Review: Episode 7 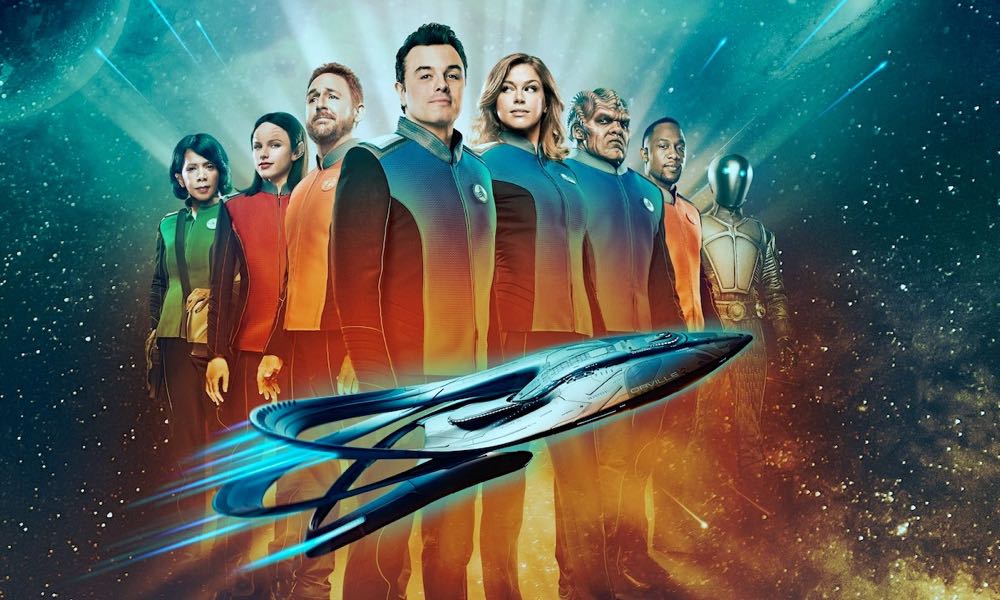 This week’s episode made good use of and served one of science fiction’s traditional callings, that of acting as a mirror to help us see ourselves in a true light. Majority Rule was an effective, innovative satirical look at our social media-obsessed culture. It highlighted the drawbacks of how social media outlets like Facebook and Twitter affect public opinion how those opinions somehow become accepted as fact, and how that can lead to mob rule and letting the lowest common denominator determine a widely accepted manner of how society reacts to the news.

What was scary about how this story developed was how little exaggeration was needed or used to paint a disturbing portrait of how things work in our world today. Also how even the most trivial innocent occurrence, fed by ignorance, can become blown out of proportion and made into a juggernaut that takes on a life of its own. It also managed to put a focus on how for better or worse how quickly public opinion is manipulated

An away mission to find out what happened to two missing anthropologists to a planet called Sargus -4 that is remarkably like 21st-century earth gets complicated when what starts out as an innocent enough impulsive act by Lieutenant Lamarr gets blown way out of proportion and steamrolls into a social sensation. The attention he receives gets made worse because it occurs in a society whose legal system is integrated into and guided by public opinion. His behavior gets the attention of the master feed, a sort of planet-wide super Twitter feed that leads to his speedy condemnation by public opinion.

The tension of Lieutenant Lamarr’s ordeal came off as authentic, and a lot of the humor worked, but it soon became apparent Lamarr was his own worse enemy apparently being clueless about how to deal with people that had already condemned him beforehand. I would assume the first episode that focusses on Lamarr would be an attempt to make his character more likable and if that was the case, the effort backfired. Lamarr’s lack of discretion and intelligence coupled with his misguided attempts at being personable in the situation soon became less than amusing and resulted in his character becoming less likable and even creepy.

Things nearly escalate when a subplot gets introduced when a man confronts Alara about wearing a traditional Kelvic (apparently a local ethnic group) hat and begins to raise a stink about it in a noisy manner. Not a big deal unless you live in a society eager to approve or disapprove of everything you do. The episode effectively makes its point of what a nightmare living in a culture of this sort would be. Always worried someone you know, or even a random stranger has the power to send your existence into a tailspin with the simple as a click of a button would lead to chronic paranoia. Or as Gordon puts it, government by America Idol. This is a reality made more frightening by the consequences of getting too many negative votes which leads to the offender getting “correction” a kind of electric shock lobotomy.

So while this wasn’t my favorite episode of The Orville, it did have some moments of trenchant social commentary, and some amusing moments. In all fairness, having an uneven episode in a non-serialized show is to be expected. Social commentary can be a tricky theme to tackle with subtlety.