The Orville Recap And Review: Episode 10 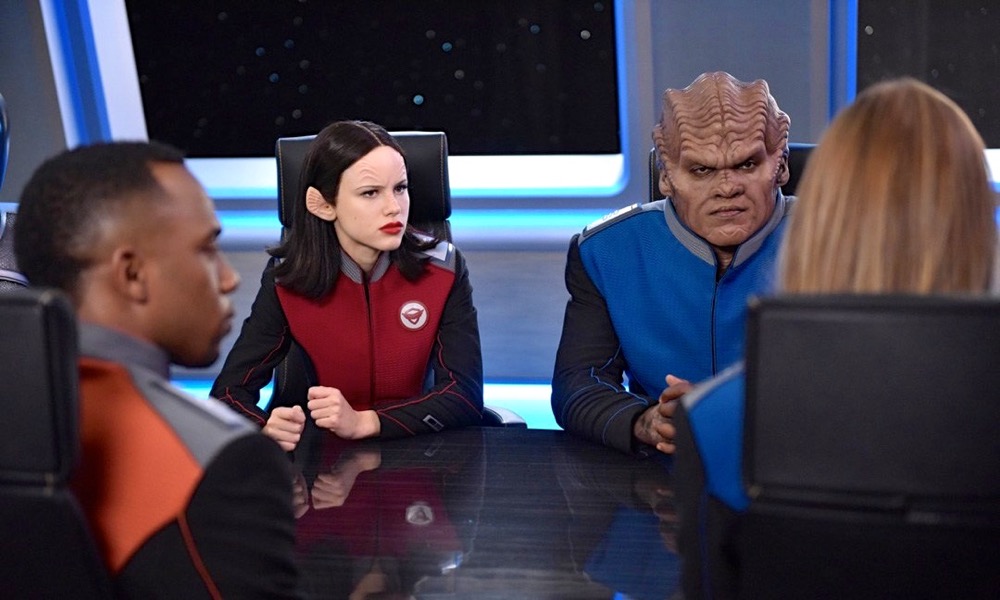 The more I watch The Orville, the more I realize how much the material the episodes are based is a reworked storyline I Have seen somewhere before. At first, it felt like a vague familiarity, but there have been a few times the show has unabashedly mirrored things I know I Have seen before on Star Trek TNG, and elsewhere, and tonight’s episode was a good example of that.

Firestorm featured, for the most part, the talents of Halston Sage in a Lt. Alara Kitan centric episode and it’s not the first time this series has done that. The young actress does have a certain amount of charm, and so far, always seems up to the challenge and shows talent when working her chops. Let’s face it; I don’t think anyone on the show has ambitions to win an Emmy for acting. I think its probably more of situation where you are expected to be competent and not so bad you become a distraction.

It got me thinking about the cast and which actors seem to be better at their craft. Of course, some parts offer more in the way of opportunities to show off some range and ham it up a bit more than others might, but the cast members to me that show the most acting talent on the show so far are Adrianne Palicki as Kelly, Peter Macon as Bortus and Sage as Alara. Not that the other cast members haven’t had their moments too. The acting on the show has been pretty good in general across the board including the bad guys who have been pretty thoroughly enjoyable so far.

When a crew member gets killed in a red shirt manner during a rough run-in with a nebula, Alara feels guilty and unworthy of her position as head of security because she hesitated when she faced a wall of fire that was between her and the injured man not that she could have saved him anyway. It turns out she had an incident during her infancy that left her with a fear of fire she was unaware of previously. Robert Picardo makes a brief appearance as Alara’s father in this week’s show. I think its safe to assume we will be seeing more former Star Trek actors and related people on, or involved in the show as it goes on. 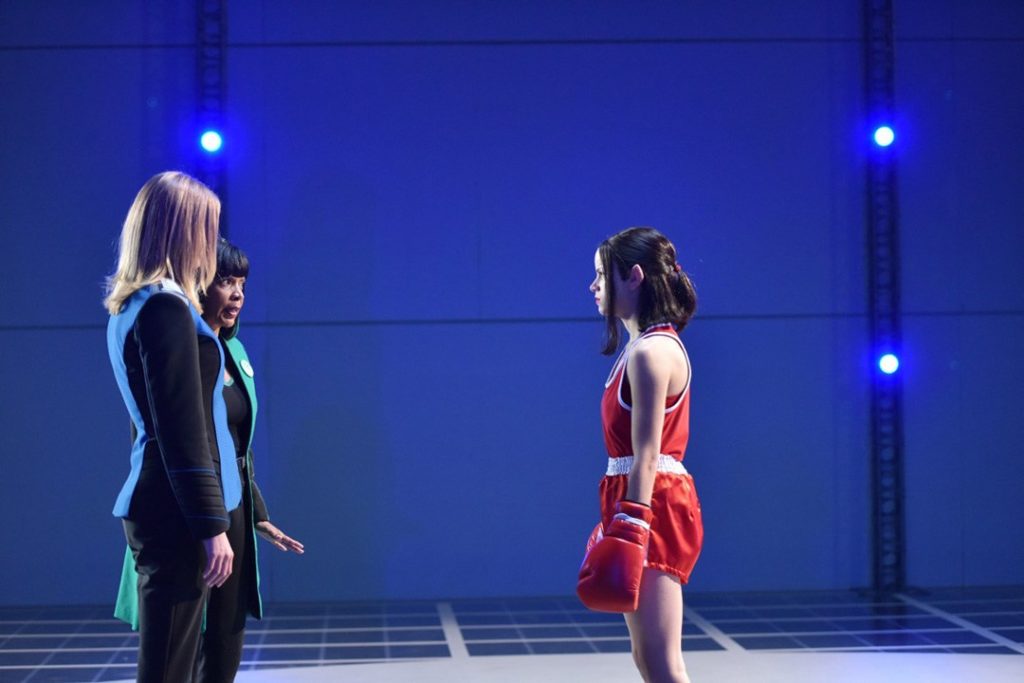 Alara begins to express her frustration through anger in a holographic gym. Firestorm turns into a horror-themed episode that explores our fears (or more accurately those of Orville’s crew) and some of the classic universal paranoid neurosis people experience. The show goes on to depict some of the most common phobias up to and including acrophobia as the episode takes on the nature of a scary Halloween fright house.  The show did a good job keeping us guessing what’s real and what isn’t as Alara runs around through a dream-like reality where she has a series of bizarre, inexplicable experiences she attempts to understand. It’s the sort of situation that eventually makes you doubt your sanity and the show did all it could to keep us confused and manipulate us with doubt. If you convinced a person for long they are crazy how can they trust anything they perceive or experience?

The episode went big with a lot of slick CGI imagery that included a very creepy clown, a pretty impressive giant spider that eats Gordon and the chapter finishes up with a scene that depicts the destruction of The Orville in a spectacular explosion

The exact nature of what she is going through continues to elude her (and me too) until its revealed she has been in a holodeck all along with all of the safeguards turned off. The manner in which she deals with the continually shifting surreal situation goes to prove she is better prepared to handle her duties than Alara imagined and acted as a test she passes well.