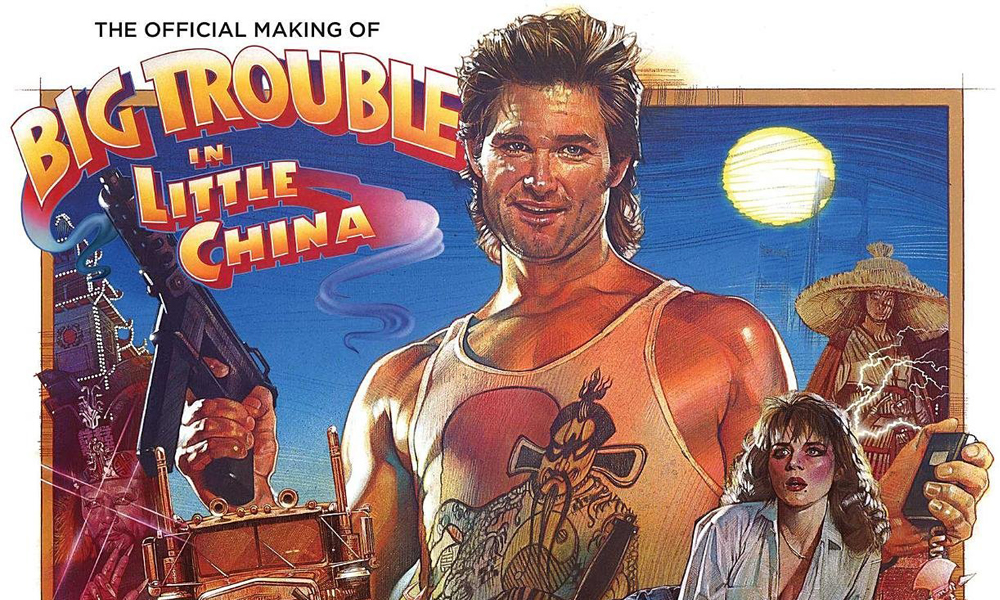 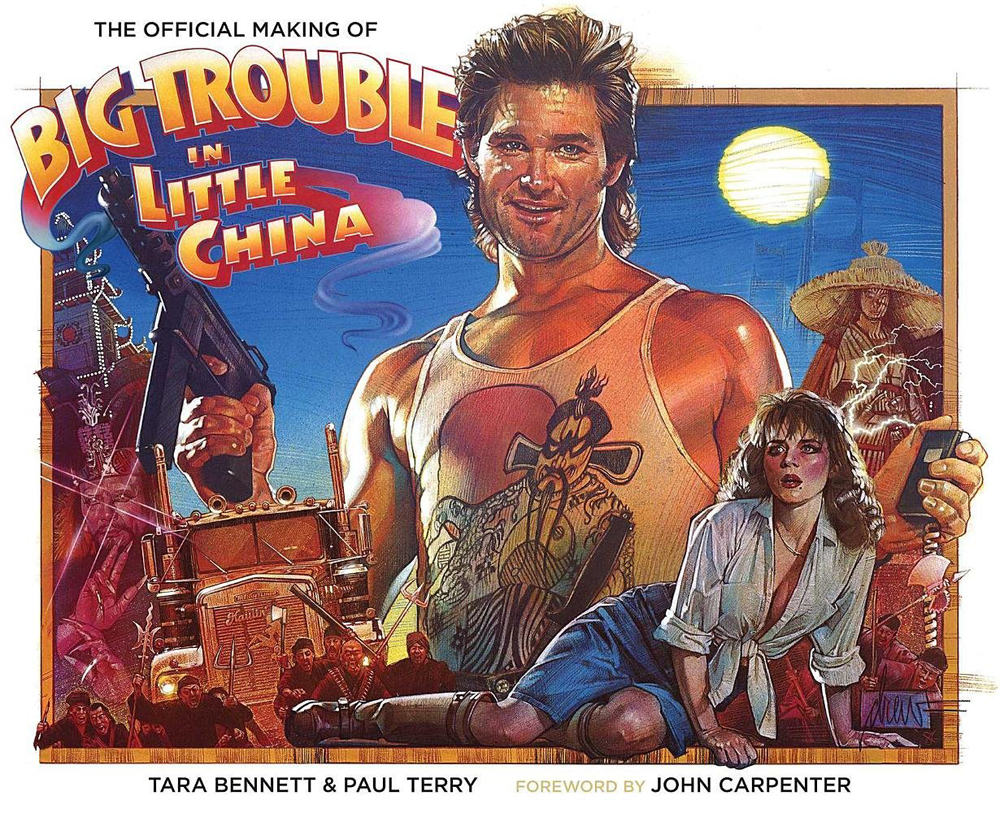 I could say that I am a fan of John Carpenter’s Big Trouble in Little China or I could tell you the following story to truly illustrate the point. In 1988 my brother and I invited over our friend Matt for a backyard campout. It rained, so we went to the video store instead and rented Big Trouble in Little China. It was easy to agree upon that movie since we all loved it and watched it over and over again. At one point during the evening, someone got smacked in the face with a pillow and the fight began. Near the point of exhaustion, my brother turns to me and throws up the hand symbol of the Chang Sing from the movie. I quickly returned the symbol and at that point, poor Matt was faced with a double melee.

Big Trouble in Little China was the kind of movie that was ours and no one else’s. At one point my parents even became curious about this movie we kept renting over and over again. As a family, we sat down and my brother and I shared it with them. It’s a rare occurrence when the younger generation passes something to the one before it. In the 30 plus years that have passed, I have gathered as much BTILC paraphernalia as I could find. The special 2002 edition of the film was a must buy. The 2009 release of the soundtrack from La-La Land Records was another no-hesitation purchase. The Funko Pop and ReAction figures were the same. Yet, when it comes to buying vintage merchandise, there was very little opportunity. The film was a financial flop for 20th Century Fox so they didn’t push for a ton of merchandise. In Fox’s defense, outside of Star Wars, not many studios produced merchandise for new properties at the time. Which brings us to the rare and delicious treat that is both “The Official Making Of Big Trouble In Little China” and “The Art Of Big Trouble In Little China”. Authors Tara Bennett and Paul Terry take us to Chinatown’s underworld and all the way to the pillars of heaven in both of these two fantastic books.

DVD and Blu-ray Commentaries are fantastic, especially ones that not only feature the director but its star as well. With that being said, it will forever be just two people talking about the film. In “The Official Making Of Big Trouble In Little China” the authors bring together the cast and crew and ask the type of questions that produce great stories that die hard fans want to know. Each chapter focuses on either a particular character, actor, crew member or scene, allowing the readers to feel as if they are actually on set re-living the making of this modern day cult classic.

What was eye opening for this fan was the cultural significance BTILC had on Hollywood at the time. Before the film went into production, the title alone set many members of the Asian acting community on the defensive. Why? A film had come out the year before titled Year of the Dragon and portrayed Asians in a stereotypical light. Where Carpenter’s film differed, as I am sure you know, is that the lead is the big dumb American, who is essentially the sidekick, and the American Asian actors are the heroes. Dennis Dun, who played Wang Chi, and Donald Li, who played Eddie Lee, commented on this. Li would further go on to state that outside of BTILC, in the 30 years plus that have passed, he has never played any character that was as close to himself, as Eddie. He went back to playing the stereotypical Asian characters.

I especially cared for the breakdown and interviews about the three Storms. Their perspectives on the characters, their creation, fighting styles as well as the tiniest details about their costumes, were a joy to discover. It was also great to learn about the actors, their personal histories, and how one of them went to sit on the board of the Screen Actors Guild.

There are tons of treats and hidden gems in “The Official Making Of Big Trouble In Little China”. You’ll discover which creature had cost $100,000 to create, which two actors worked together before BTILC, and which ones worked together over and over again since. If your questions are about why certain scenes look the way they do, they will also be answered. You’ll find out how Ghostbusters and Poltergeist II directly helped the film and how The Fly and Aliens hurt it. With all the behind-the-scenes photos, blueprints, and script inserts, you’ll love this book. I promise you that. 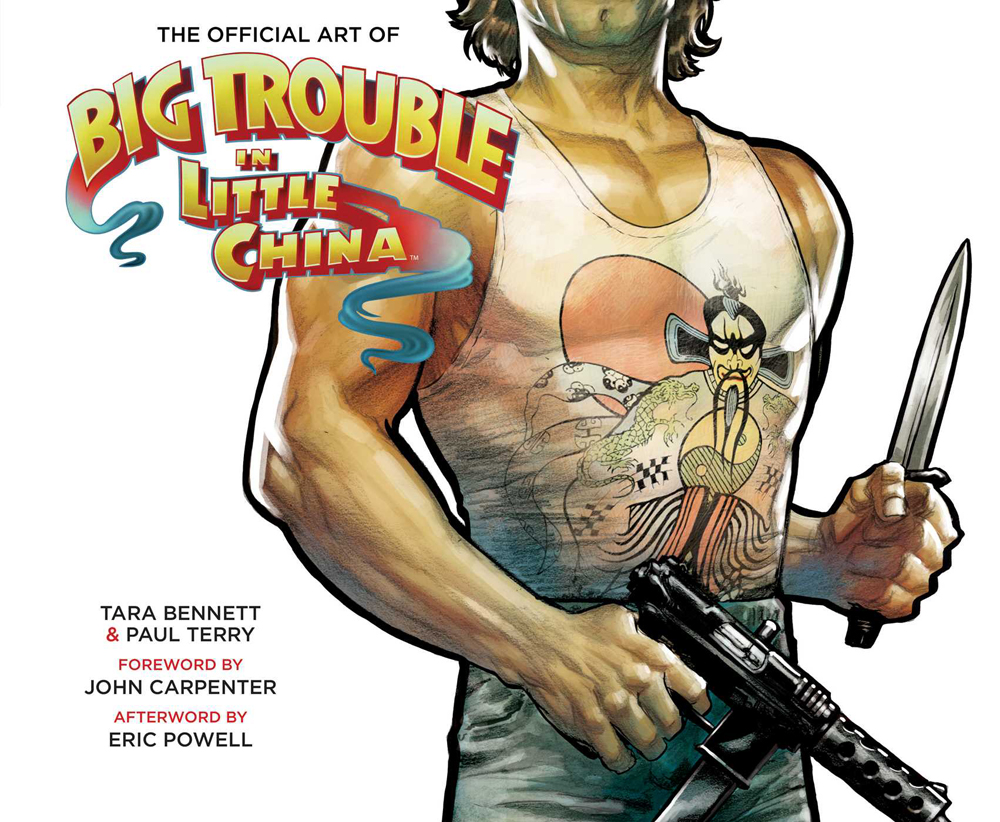 What is clearly missing from “The Official Making Of Big Trouble In Little China” book is concept art. Authors Tara Bennett and Paul Terry gave the concept art, the comic books, and toys their dues in a second book that you simply must possess. 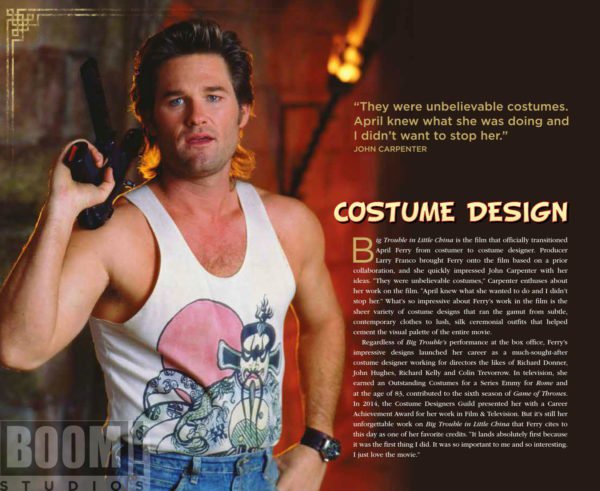 The beauty and brilliance of April Ferry’s costume designs are highlighted when you see her concept drawings next to the costumes that appeared in the film. She brought those sketches to life as the actors became the living embodiment of those drawings. It was fantastic to see the Spirit Path Warriors up close because in the film their scenes are so limited.

Fans of film, creature creation, and art, in general, will love to see the process of how The Guardian and The Sewer Demon go from sketches to practical, physical creations. Both of these creatures have their chapters in the “making of“ book, but it was awesome to see them get more pages in the art book.

Probably the most iconic movie poster artist of the eighties, Drew Struzan, gets more than just highlighted in this book. Concepts, sketches, and the finished poster are spotlighted as they should be. Yet, hearing that Struzan is a fan of the film made me smile all the more. Of course, he gets it. After all, you cannot create a poster that fantastic and not have a love for this film. We even learn that Struzan lists the film among his very favorites. Thankfully, those master craftsmen who are employed by Mondo and the Alamo Draft House are spotlighted with their modern takes on Carpenter’s classic. If anything, that company is keeping the art of movie posters alive.

What I found to be new and exciting were the chapters on the resurgence pop culture paraphernalia that the authors included here. After all, are not comic books, toys, and collectibles art in their own right? The up close and personal photos of Funko’s Pop and ReAction figures are a great look at what goes into the process of taking a character and creating a vinyl or plastic version of it. The chapter on the Jack Burton Sideshow Collectible is even more in-depth and a rare look at sculpts, accessories, and details that only the owner of that very expensive collectible will ever see.

These books are a must-have for the fan of Big Trouble in Little China. They were clearly crafted by two fans of the film, as you will learn all that you ever wanted to know about this cult classic.