The New Scooby Doo Movies was the second series in the long-running Hanna-Barbera franchise, debuting in 1972 and running for two seasons and a total of 24 episodes. This series is unique in that the episodes were an hour in length (including commercials) in a day when most Saturday cartoons episodes were only a ½ hour less. 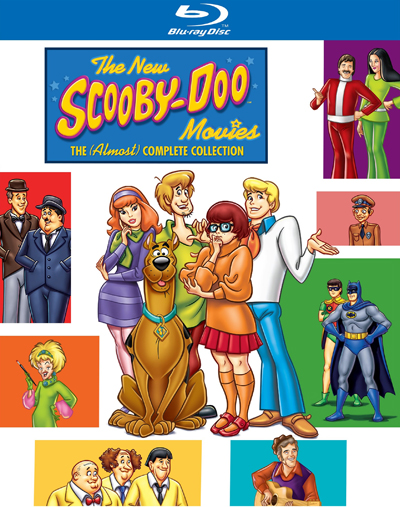 The New Scooby Doo movies paired up the Scooby Gang with a different guest star of the era to help the group solve the mystery of the week. The eclectic mix included classic comedy teams like The Three Stooges and Laurel & Hardy with 1970s comedians like Don Knotts, Tim Conway, and Phyllis Diller, and Jonathan Winters. There were pop music stars (Davy Jones, Sonny & Cher); sport’s stars (The Harlem Globetrotters); and even stars of other cartoons (Josie & the Pussycats, Speed Buggy). It was a little something for everyone.

This blu-ray edition is the (Almost) Complete Collection. It features 23 of the 24 produced episodes. The only episode not included is “Wednesday is Missing” which guest-stars The Addams Family. This episode was also missing from earlier DVD releases and seems to have something to do with rights although who still has a hard-on for the Addams family preventing this episode from being included seems utterly ridiculous nearly 50 years later.

Most of the actual guest-stars provided the voices for the cartoons. The exceptions were the Three Stooges/Laurel & Hardy episodes who were either already deceased or in poor health. Pat Harrington, best known for his role as apartment superintendent Dwayne Schneider on the sitcom One Day at a Time provides the voice of Moe Howard while long-time veteran Hanna-Barbera voice actor Daws Butler provides the voices of both Larry Fine and Curly Joe. 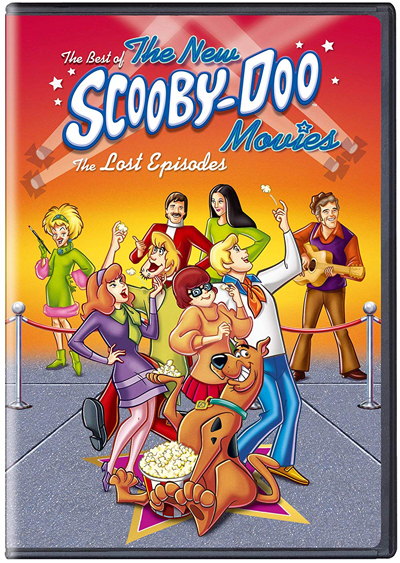 I had not seen these episodes since they were first televised in the 1970s and immediately it took me back to sitting on the floor in the living room about five feet from the TV, eating a bowl of cereal on a Saturday morning. The New Scooby Doo Movies was one of my favorite series due to the wacky team-ups.

The series kicked off with the group teaming with the Three Stooges to track down the fiend haunting a theme park in “Ghastly Ghost Town”. The group then helps Batman & Robin defeat the Joker and Penguin in “The Dynamic Scooby Doo Affair”.

The Harlem Globetrotters helps the gang uncover a group of ghostly pirates in “The Ghostly Creep from the Deep” and it’s off to ancient Persia for an adventure in the Middle East with the cast of Jeannie in “Mystery in Persia”.

Yes the guest-stars are a bit dated and kids today aren’t going to have a clue who Sandy Duncan, Mama Cass, Don Adams, and Jerry Reed are but…hey who cares! This isn’t for them this is for us adult kids waxing poetic about the Golden Age of Saturday Morning cartoons and wondering why they have been replaced by news programming and infomercials. Give in to your inner child and check out this great and (almost) complete set of The New Scooby Doo Movies.

And if you want just a little flavor of the series, Warner Brothers has also released “The Best of the New Scooby Doo Movies” subtitled “The Lost Episodes”. If you’re curious as to what is “lost” about the 8 episodes on this DVD, they were NOT included in the 2005 DVD release “The Best of The New Scooby-Doo Movies” but they are on the blu-ray set.