“The Mouth of the Dark” (Tim Waggoner) book review 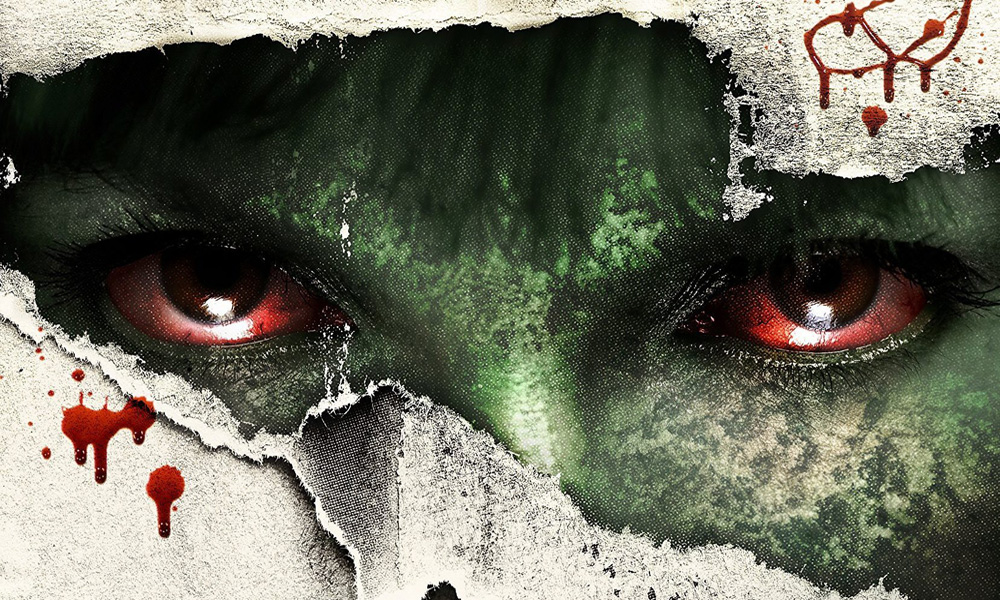 Tim Waggoner is a seasoned writer of horror, fantasy, and thriller narratives. He received the Bram Stoker Award in 2016 and was nominated for the Shirley Jackson Award in 2011. I assumed, perhaps naively, that his latest novel, The Mouth of the Dark, would be near the caliber of writing that such names as Shirley Jackson and Bram Stoker conjure. I was dead wrong. What follows is not really a review, but a disclaimer of what to expect in The Mouth of the Dark, so get ready for some shocking spoilers. 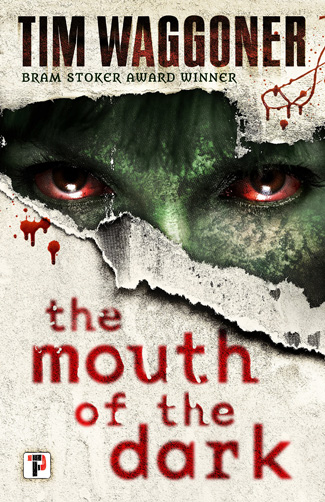 The book opens up innocently enough. Jayce is middle-aged, divorced, and somewhat of a wimp. His twenty-something daughter, Emory, has gone missing, so he’s asking around about her. It isn’t considered a missing persons case – no one thinks she’s in trouble except for him – and his clumsy inquiry leads him to a shady convenience store where she works. Shady because it sells jars filled with supernatural ingredients, like the last sighs of the deceased. Jayce is really slow on the uptake; even when he’s jumped by some vampire-cannibal low-lifes that threaten to eat him, he doesn’t quite get it that there’s something more than just “strange” going on. He’s found his way into Shadow, the dark realm, but he doesn’t know this yet.

Okay, so the story seems slow at first, and like something I’ve seen and read before. Nothing to get excited about. And then Jayce goes to Emory’s apartment and finds her secret sex toy under her bed. This secret sex toy, which is a long, pink serpentine tube, comes to life and latches one end around his genitals and the other end wraps around his throat. Jayce is almost strangled to death while this thing violently pleasures him against his will. Basically, Jayce is raped by a sentient sex toy, and he kinda likes it.

Virtually unfazed by his near-death/rape experience, Jayce continues to search for his daughter, but now he can’t stop thinking about her pleasuring herself with the Pink Devil (as the sex toy is apparently called). This happens repeatedly throughout the novel, that Jayce has to stop himself from imagining his daughter having sex in disturbing detail.

We learn that Jayce has been suppressing his memories of Shadow since childhood. He has the power, or the Eye, to see this secret realm, but every time he interacts with a Shadower, he forgets it. This is never explained how or why he forgets it, but Waggoner gives us periodic flashbacks. One flashback is when Jayce comes home to find Emory (then a teenager) in the basement, levitating. The first thing Jayce notices is Emory’s naked body and how large her breasts are. He considers how long it’s been since he’s seen her naked, back when she was a little girl. After this odd, incest-y observation, he then notices the Shadow tentacles that are holding her up in the air. Does tentacle porn mean anything to you? If it does, I don’t need to say anymore. If it doesn’t, I’m still not going to say anymore.

Jayce finds himself getting help from a part-time Shadow walker, Nicola, who happens to be young and beautiful. Together, they go to the sex store where Pink Devils are sold and talk to one of the owners, a Shadower who exudes sex. If you’re around her, you can’t help but bang whoever is nearest to you. You can see where this is going. Jayce and Nicola are being pursued, and while their pursuer, Idaho Pig, starts shooting and murdering everyone in the store, Jayce and Nicola can’t help but have graphic ground and pound sex in one of the stalls, and there’s no stopping until they finish—even if it means Idaho Pig is seconds away from finding and killing them.
You get the idea. The Mouth of the Dark is not what I would consider horror or dark fantasy, which it is advertised as being. Is supernatural porn a genre? That’s where I would file this one away, which I would hope is far, far, far from where one would find Waggoner’s award-winning and award-nominated works.