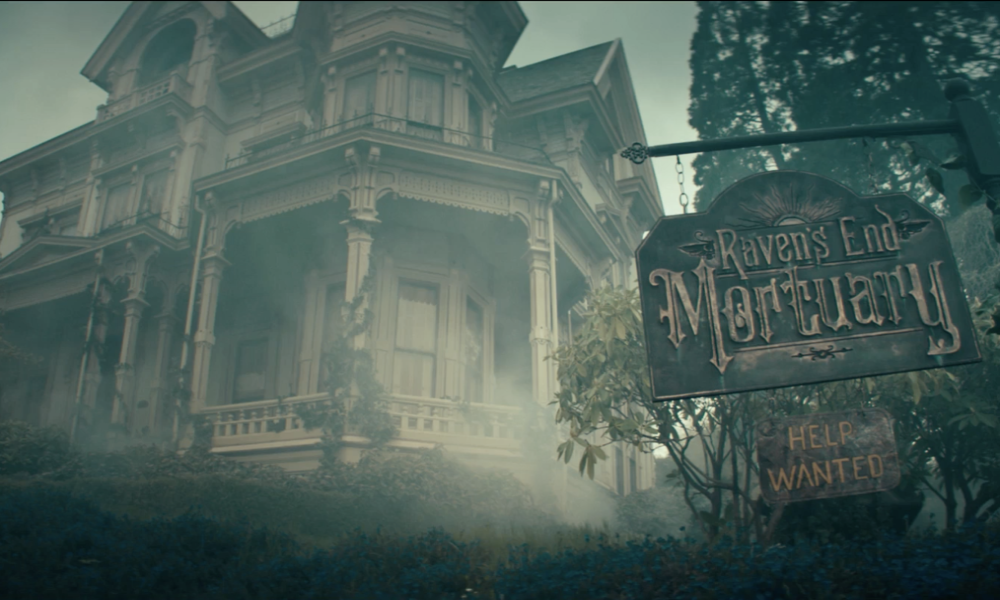 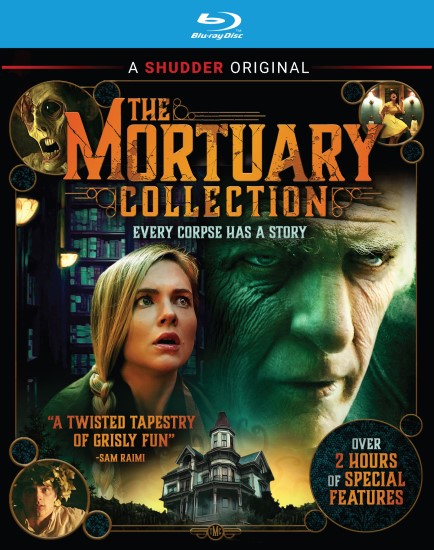 The Mortuary Collection is a horror anthology film featuring several short stories wrapped inside an overall story arc. Clancy Brown stars as Montgomery Dark, proprietor of the nearly 200-year-old Raven’s End Mortuary. Brown, known best for his villainous and tough guy roles in films like “The Highlander”, “Shawshank Redemption”, “Starship Troopers” and “Pathfinder”, is uniquely well suited to play the creepy old mortician with his towering frame and gravelly voice.

One day, a young woman named Sam comes to inquire about the Help Wanted sign outside. Dark takes her on a tour of the facility, during which Sam shows curiosity about a small child-sized coffin which Montgomery has recently performed a funeral for. Montgomery agrees to tell Sam a series of stories about some of his “customers” and how and why they died.

In the 1950’s, a pretty pickpocket gets more than the bargained for when she pokes around where she doesn’t belong with horrifying consequences.

A 1960s college frat boy passes out condoms and preaches to younger students about practicing safe sex. But Jake merely uses this pretense to entice girls into his bedroom to be another notch on his bed post…until he meets the wrong girl.

In the 70’s, Wendell Owens falls into despair and desperation while caring for his wife Carol who is in a permanent vegetative state. This leads him to make a fateful decision not only for Carol, but himself.

Then finally, in the 80’s we get Sam’s story which utilizes footage from Director Ryan Spindell’s short film “The Babysitter Murders” to wrap up the film in a tidy package.

Outside of Brown the film is cast with a group of largely unknown actors who perform impeccably, as if the roles were written for them. They not only make you believe their parts but also their era’s. It is all held together by Brown who brings an element of wry humor to his portrayal of the malevolent mortician.

The film is unrated, but the content is definitely R-rated, particularly with its very oozy, drippy and often explosive gore. Its often over-the-top but works perfectly given the film’s material.

The Mortuary Collection is Ryan Swindell’s first feature film and he puts his experience in directing short films to perfect use with the best horror anthology film since Trick-R-Treat.

The Mortuary Collection is packed with over two hours of extra features that cover every aspect of the film’s making including special and visual effects, costumes, makeup, props, sound, stunts, props, locations, etc…

There are also deleted scenes, interviews with the actors and Director’s commentary