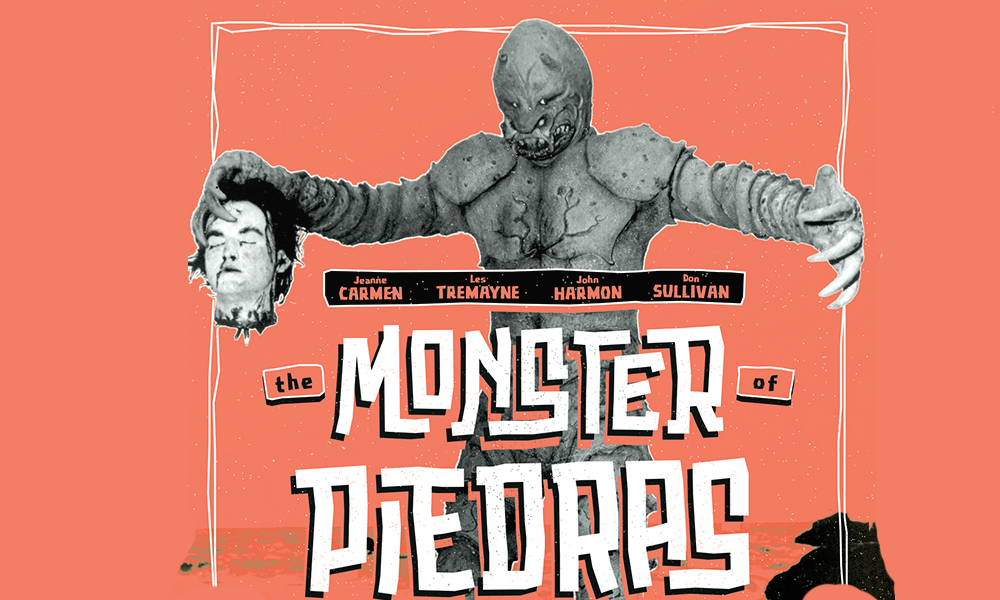 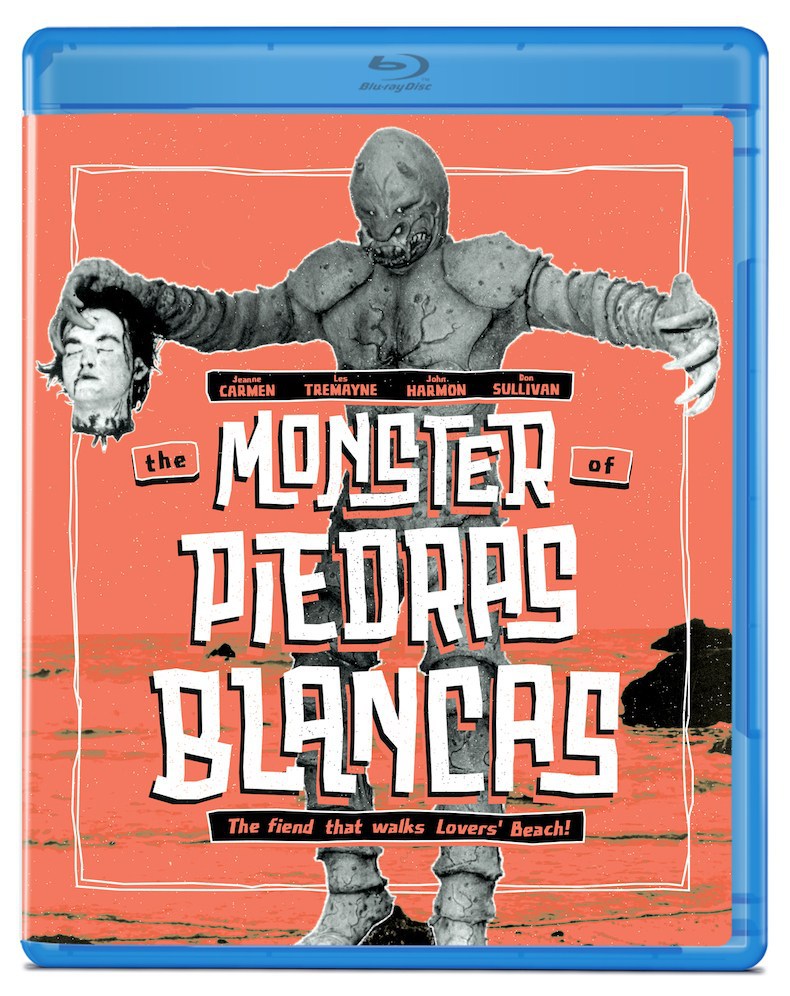 One of the biggest and best lures to a film, for me, is “previously unavailable on DVD or Blu-ray”. These words hooked me for Olive Films’ release of The Monster of Piedras Blancas (1959). This means, at best, you might be able to find this film on VHS at a flea market. So with the hope of a stunning transfer and some B-Movie flare, I sat down to watch The Monster of Piedras Blancas.

There is a reason that this hasn’t been on DVD or Blu-ray. The film is incredibly slow and predictable. Granted, hindsight and knowledge of the genre help with predictability, but an interesting and well thought out story can stand the test of time. From the very beginning, we know that the Lighthouse Keeper, Sturges (John Harmon), is feeding some unholy beast. If it were just his dog, we wouldn’t have seen a claw emerge from behind a rock. So as the story of The Monster of Piedras Blancas unfolded, I kept looking for a hook to pull me into the story. The most obvious film connection one can make is to Universal Studios’ classic The Creature from the Black Lagoon (1954). It was released only 4 years earlier and this film takes its cues from it. Sadly, it is a Cliff Note version missing an essential element to the story, the creature.

We have the hindsight of seeing the box (above) and even the poster (below) to know that something wicked is coming this way. So why keep it in the shadows? Irvin Berwick attempted to build suspense by building on the legends and story of a creature that once haunted Piedras Blancas. When the monster does arrive, with a full allotment of townspeople present, it takes down Constable George Matson (Forrest Lewis) and no one bothers to stop it. Minutes later, the Constable and Dr. Sam Jorgenson (Les Tremayne) emerge on the street in pursuit and the residents are just walking around as if nothing happened. This is only one of many instances where Berwick fails to elevate a sense of danger for the audience. I kept wondering when this 71-minutenute film would be over. That is never a good sign. 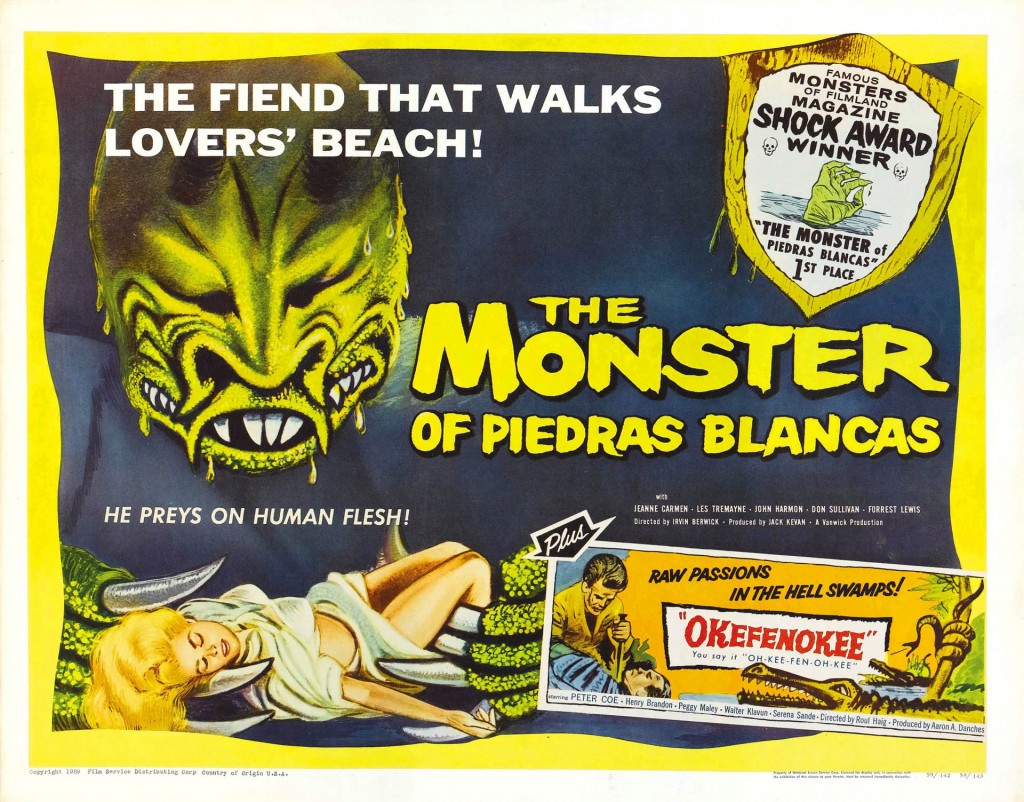 All the cliches are present in this film. Sturges is only trying to do the right thing, despite knowing full well that he should kill the monster. The Constable will do anything to protect his townspeople, even threaten one man with a jail time if he doesn’t stop warning them. We also have the young hero/ scientist who wants to save his girl, Sturges daughter, and the old scientist that feels killing this unique beast would be wrong. It’s all here, even the climatic finish and it is boring as well.

What I did love about the film was Olive Films’ transfer. The Monster of Piedras Blancas looked as if it might have been shot yesterday. Further more, I felt as if Ed Wood, played by Johnny Depp, was going to emerge from the side of the screen and say “Cut, that was perfect”. Hopefully, with this stunning transfer and insertion back into the pop culture, the brains behind Mystery Science Theater 3000 will riff the film.