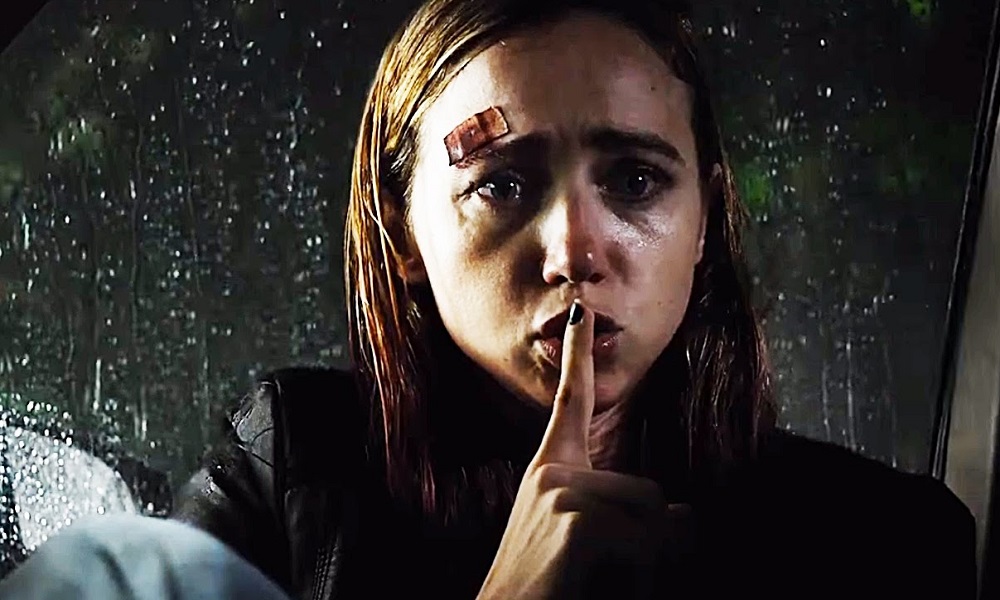 The Monster is one of those little films that you hope will be a diamond in the rough. While it has its moments it ultimately comes up short. Kathy (Kazan) is a divorced, alcoholic mother who is also occasionally abusive to her young daughter, Lizzy (Ballentine). In fact, Lizzy who is around 10 years old proves herself to be the true adult in the house, waking her mother from her drunken stupors and cleaning the house after nights of binge drinking. Flashbacks throughout the film show the strained relationship between the pair. In one part the off the rails mother screams F*** you at her daughter several times. Not exactly a candidate for mother of the year. 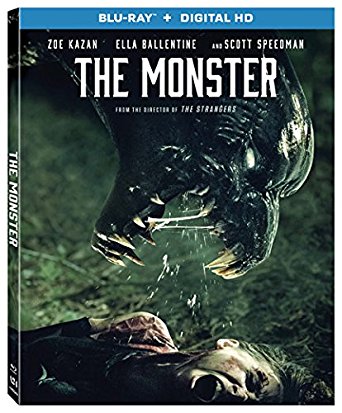 While Kathy is travelling to take Lizzy to stay with her father, they have an accident along a deserted stretch of road, hitting a wolf before crashing their car. They examine the wolf to find it apparently dead but later notice that it is no longer lying in the road. Help soon arrives in the form of a tow truck but as the driver prepares to hook up the car he is attacked by large creature. Kathy and Lizzy look on in terror as he is dragged beneath his truck and disappears. Again alone in their car, the pair begins a desperate struggle to survive whatever is lurking in the woods.

The Monster was directed by Bryan Bertino who helmed 2008’s outstanding horror/thriller “The Strangers”. This is only his second film since then and while it has the same slow build-up of tension we have essentially the same plot of two people trapped and helpless against outside forces. Like that film there is a lot of tension between the two leads although this time it feels forced. When Lizzy has to wake her mom up in order to get on the road we already have a pretty good idea that she’s a mess. While the flashbacks to build upon this further it quickly turns into piling on, as Kathy is shown being both physically and verbally abusive to her daughter. In short she’s hardly a sympathetic character and you find yourself rooting for the monster.

Speaking of the monster, Bertino, who also wrote the film, offers no narrative on the monster. What is it? Where does it come from? Nothing. Its sole purpose seems to galvanize the relationship between mother and daughter. The creature effects are lackluster at best. This is equivalent to SyFy channel fare.

The positives are the performances by Kazan and Ballentine. The two are in just about every scene and do a great job of carrying the film on their backs. I only wish they had a deeper story with which to work. The Monster arrives in stores January 24th.

Eyes In The Darkness – Featurette which contains film clips, interviews, and set footage.