LATEST
Home Movies Features The Matrix Reloaded and Revolutions (2003): We Take A Look At The Sequels And The Legacy Of The Trilogy 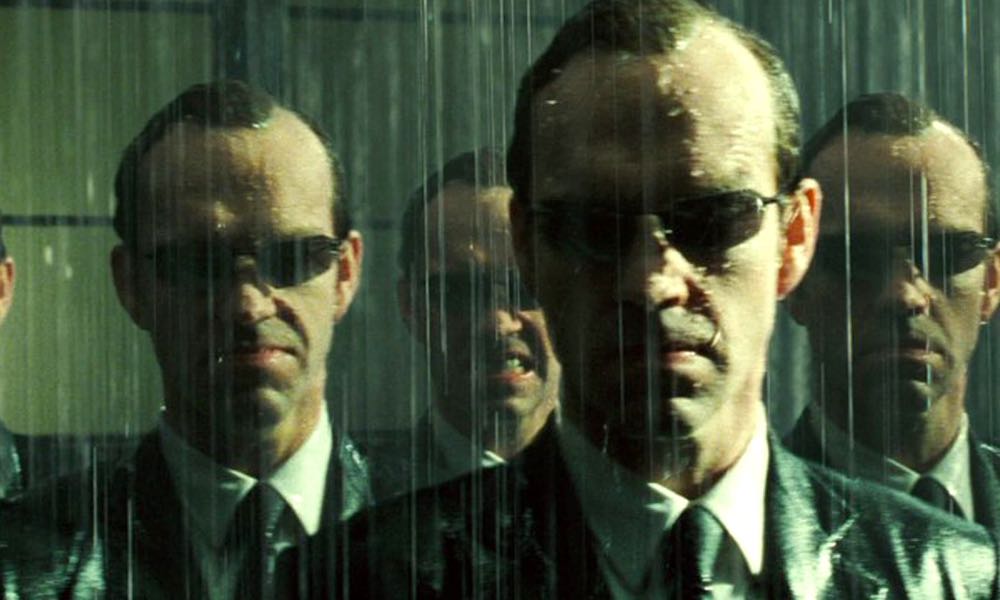 As is my habit I was pondering what to watch for my film du noir the other night and it occurred to me I had not seen the much-maligned Matrix sequels in years and curiosity about what sort of response they would evoke in me after all this time motivated me to watch them again. An evening of yummy cyberpunk goodness? Unfortunately not.

I finished them up over the course of one evening and it was an evening I don’t think I will repeat again real soon. First of all because yes, this recent exposure to The Matrix: Reloaded re-cements it firmly in the do not watch column in my brain. This is a terrible movie and one is forced to wonder how could the same people that made the still magnificent, trendsetting, milestone of a science fiction masterpiece get the sequel so wrong? Even though I was watching in the comfort of my home I still felt like asking for my money back for the ticket I purchased all those years ago.

Speculating about what might have happened to cause such a seismic shift in between films left me grasping at several theories about what may have occurred. First of all,  the Wachowskis, through a heady miscalculation brought on by the success of the first film may have thought they really had enough material for a trilogy. They did not, and the results of the first sequel are questionable at best. Secondly. there may have been so much money shoved under their noses they just went temporarily insane and the resulting celebration resulted in a sequel written entirely under the influence of booze and drugs. No matter the reason. It changed what could have been the greatest science fiction trilogy ever created into something that is not always favorably remembered. Twenty years later it is still remembered though, and that’s something I suppose, and it left an entire generation of filmmakers influenced in ita wake.

Reloaded is such a monumental misfire Its a miracle it ever got released. not simply because it’s a lazy and tired attempt to parody the originals most popular moments but because of the obvious lack of any attempt to write an intelligent and reasonably good narrative for the film. Reloaded’s story is a simple-minded attempt to appropriate the Alice In Wonderland approach to storytelling and send Neo on a journey down the rabbit hole in search of a mystical McGuffin. I get that the whole point of this film is to serve as a segue into chapter three but Reloaded ends up an overly self-indulgent, empty-headed, slick and stylish thriller that over-compensate for lack of story with lots of gunplay, car chases, and explosions a la Michael Bay. Reloaded is a visually impressive series of set pieces, but that is not enough; it’s a reminder that style without substance a boring movie makes.

The Matrix: Revolutions, on the other hand, goes a lot further in the right direction and does at least, make an attempt to wrap up the trilogy neatly with a narrative that makes sense although it is full of plotholes and leans rather heavily on old war movie tropes. The film cements Hugo Weaving as one of the great movie villains of our time, and in fact, although he has much less screen time he still almost steals the show and the development of Agent Smith’s transformative story arc into something new and different is one of the more interesting points about the third films narrative. Revolutions still relies heavily on CGI to tell its story but its more acceptable here for adding overall to the scale and scope of the film and when the machines finally attack its portrayed in a truly impressive, dramatic, and scary manner.

The Matrix trilogy remains one of the better science fiction franchises out there, but when you consider the competition it wouldn’t take a whole lot to topple it from its shakey throne and the Wachowskis, after having a huge and lasting impact on genre films are rarely even thought of much by fans these days. Competition in this arena is so stiff since the arrival of the Matrix trilogy that fame is more fleeting than ever, and genre fans are always on the lookout for the next big thing and less interested in the achievements of the past.