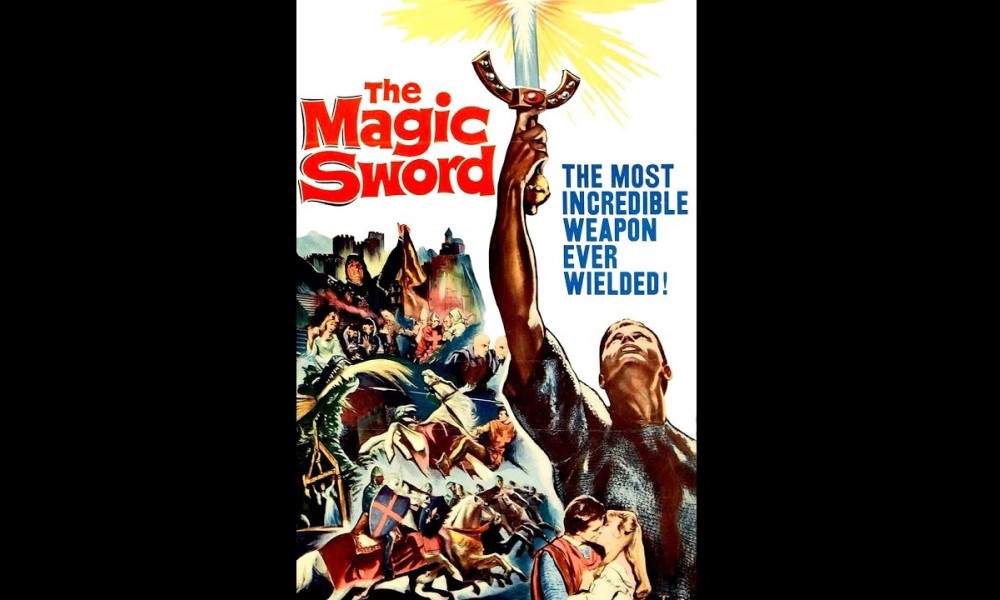 It’s always a little sad when you see a once major actor show up in a low budget feature in the twilight of their careers. Such is the case with Basil Rathbone in The Magic Sword. Rathbone is best known for his villainous roles opposite Errol Flynn in films such as Captain Blood and The Adventures of Robin Hood, as well as playing the role of Sherlock Holmes in 14 films. The Magic Sword, made in 1962, would be one of Rathbone’s final film roles. He would pass away in 1967 at age 75. 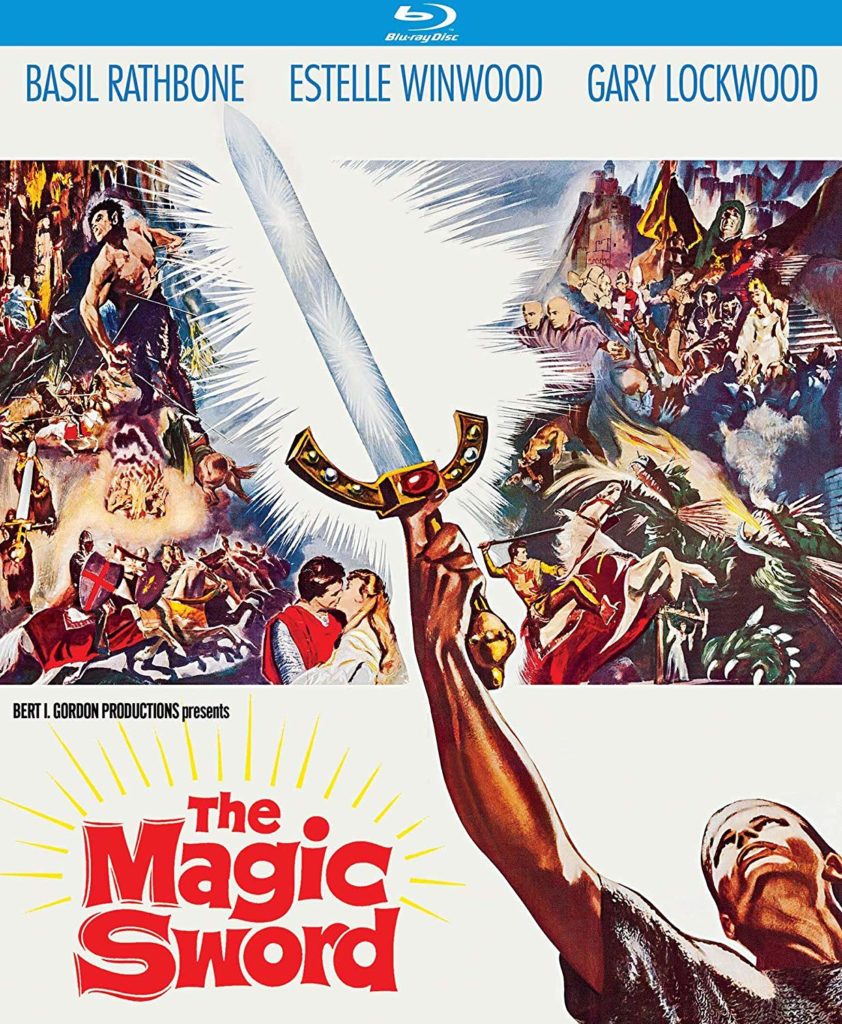 The Magic Sword was produced and directed by Bert I. Gordon. Gordon was one of the great “B” movie directors of horror and monster films of the 1950s through the 1970s. His credits include: The Amazing Colossal Man, Earth Vs. The Spider, Picture Mommy Dead, and Empire of the Ants.

The Magic Sword is set in an unnamed medieval realm. Princess Helene (Helm) is kidnapped by the evil sorcerer, Lodac (Rathbone) who intends to feed her to his pet dragon in seven day’s time as revenge for his sister’s execution for practicing witchcraft. The noble Sir Branton offers his services to the King to rescue his daughter. However, the Princess has another champion.

George (Lockwood) is a young commoner who was adopted by the sorceress, Sybill, when his parents were killed by the plague. George uses his foster mother’s magic pool to spy on Helene from afar and falls in love with her. Sybil shows George several magical items including a sword, shield, armor, and steed that will be his when he turns 21. George refuses to wait and tricks his mother by locking her in a cellar and making off not only with the magic items, but also six great knights who are revived from suspended animation to serve him. George and his knights join Sir Branton as they face off against Lodac’s seven deadly curses including a monstrous ogre, a noxious swamp, and a deadly old hag, in order to try and save the princess.

The Magic Sword is a bad movie but it’s one of those that is so bad it’s funny and therefore the unintentional amusement makes it worth a view. The make-up and “special effects” and high school film class quality and were not talking the A students. The bargain bin masks worn by the Ogre and the Hag can’t help but make you laugh out loud, as will the crude optical effects.

On the other hand, Lockwood and Rathbone both take their roles quite seriously and give honest, straight performances. Rathbone is sufficiently menacing as the evil wizard whose arrivals and departures are accompanied by claps of thunder. Lockwood, who would go on to star in 2001: A Space Odyssey is the bright-eyed and gallant hero eager to save the woman he loves.

The re-mastered film looks fantastic. Its colors are bright and clear unlike films of today. The Magic Sword harkens back to the days of Technicolor epics. You must credit the fine folks at Kino Lorber for rescuing this film from the dustbin of forgotten movies and restoring it to its…ummm…glory.

An interesting side note…the hag is played by Maila Nurmi who had achieved fame a decade earlier playing the late-night horror film host, Vampira.