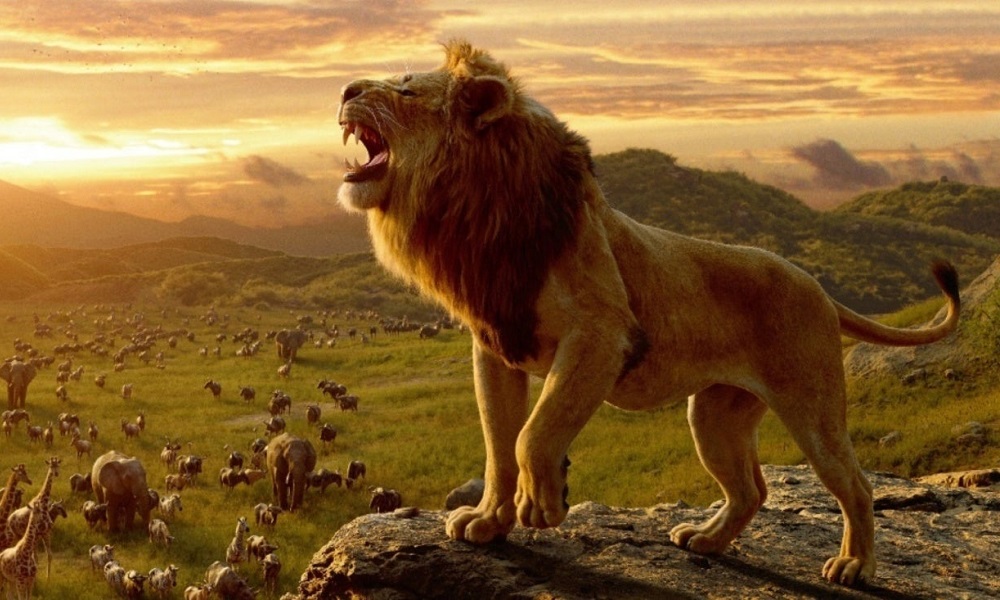 (First of all, Disney: the jig was up a long time ago. Just add “Based on Kimba the White Lion” to the credits, cite the creators and cut them a great big check, and we can all get on with our lives.)

As for the new Lion King in and of itself, it is exactly, precisely akin to the original 2D animated version from 1994, rendered in photoreal CGI and with a mostly different cast. Director Jon Favreau earned the gig after his extraordinary re-imagining of The Jungle Book, but he has much less room to explore here and it shows. That doesn’t make The Lion King bad – and indeed on the whole, I think I like it better than the original – but if you’re expecting the kind of “alternative take” that the best of Disney’s live-action reboots exhibit, you need to keep looking. This effort is for the faithful only.

I’ve never been fond of the original, though I acknowledge its high place in Disney’s canon and respect the love and affection it’s earned in generations of fans. I simply don’t share that love. Creative origins aside, its story feels too glib and simplistic to attain the profundity it seeks, while the animation itself is surprisingly second-tier for a studio whose very name is synonymous with the medium.

Favreau’s effort represents a significant step up in the technical quality department. Having mastered the art of allowing photorealistic animals to convincingly convey human emotions in Jungle Book, he creates a technically dazzling vision of the plains of Africa that looks straight out of a BBC documentary. The effect is seamless and nearly perfect. We accept the fairy-tale aspects of this world without hesitation, and the characters fully inhabit their respective species without being any less expressive or human. The film earns most of its spurs simply as a demonstration of what this technology can do, and the kinds of stories it can facilitate.

That said… this is still the same story. Exactly. Precisely. Sometimes even shot for shot. The Disney-friendly audience I saw it with quoted the lines aloud more than once, and one assumes that the familiarity was a feature not a bug. Certainly the story of Simba (voiced by Donald Glover), the exiled prince of an African animal kingdom whose father (voiced by James Earl Jones in the why-improve-on-perfection department) is murdered by his sinister uncle Scar (voiced by Chiwetel Ejiofor) still holds an appeal. But the film’s faithfulness feels too safe too often to make one wonder what prompted this beyond an obvious and comparatively safe payday.

It’s doubly frustrating because Favreau could really run with the ball if Disney let him. The Jungle Book remains a triumph in part because it dared to try something new, and The Lion King hints at it in the few delightful new wrinkles it finds on the original. Timon the meerkat (voiced by Billy Eichner) and Pumbaa the wart hog (voiced by Seth Rogen) get the best of it, finding their own improv vibe for the characters and cementing their reputation as the biggest scene-stealers in Disney history. John Oliver’s Zazu the hornbill is more surprising: an obvious straight man given the opportunity for more heroics than Rowan Atkinson’s earlier version allowed. Both instances demonstrate while might have arisen had the director been allowed to follow his instincts more freely.

As it stands, it’s simply a mirror reflection of what’s come before, and while I daresay the polish is brighter, it still treads far too close to a predecessor who blazed the trail from which it refuses to stray. That is neither praise nor condemnation, but a simple statement of fact. I actually preferred this version of The Lion King to the original, but I go against the grain on that. In any case, you can readily decide for yourself whether the pleasures here are worth the reboot. The surface details are the only distinguishing factor. Adjust your viewing considerations accordingly.