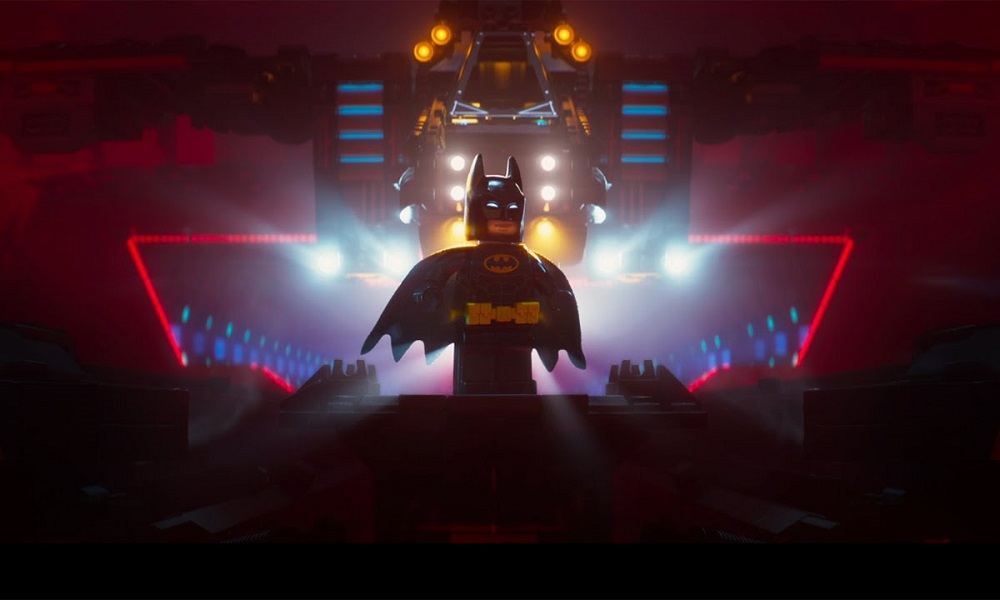 It was probably too much to expect The LEGO Batman Movie to find the same glorious subversive streak that its predecessor did. The original LEGO movie was almost a living contradiction – one of the smartest and most iconoclastic comedies of the last decade wrapped up in a shockingly effective 90-minute toy commercial. Faced with that daunting legacy, the follow-up elects to fall back and punt. While you get the feeling that the same genius kid is playing with Batman (voiced by Will Arnett) and the gang down in that basement, their status as LEGO figures – and all of the gleeful insanity that that implies – becomes almost an afterthought.

Thankfully, there’s nothing especially wrong with that, since Batman himself makes for a suitably tasty satirical target and Arnett’s petulant man-boy version of the character still holds plenty of bite. The LEGO Batman Movie relies heavily on the premise that helped him steal the show in the first film: namely that he revels in his grimdark loner status to the point where we can’t take him seriously. It plugs into Adam West more than Christian Bale, with a knowing wink beneath the angst, and the 21st century updating of that basic trick proves durable indeed.

And the underlying theme is strong enough to retain its basic sweetness. Batman is, of course, just a lonely boy at heart: missing his parents, hoping to make them proud, but afraid of letting anyone else into his life. That proves a problem when perky young orphan Dick Grayson (voiced by Michael Cera) shows up at his door or new Commissioner Barbara Gordon (voiced by Rosario Dawson) offers to team up and fight Ming. But it also extends to his beloved butler Alfred (voiced by Ralph Fiennes), struggling to make his fatherly advice heard, and even to the Joker (voiced by Zach Galifianakis) who long considered himself the Dark Knight’s ultimate nemesis. The fact that Bats frankly couldn’t care less about him… hurts. A lot. And naturally a supervillain of his caliber isn’t about to take such an insult lying down.

Bruce Wayne’s underlying loneliness is no secret of course. Tim Burton found the most potent expression of that notion in his two films, and The LEGO Batman Movie treats it with enough respect to hang the rest of its jokes on the concept fairly reliably. To that, you can add tons of friendly digs at just about every other incarnation of the character: topped by a laundry list of “crises” he’s endured that coincidentally matches the release of every major Batman film since 1966. Similar little touches litter the landscape (Billy Dee Williams voices Two-Face for instance), delivered with the same in-joke nudge that the first LEGO movie embodied so easily.

That’s enough to sustain this outing quite nicely, and in point of fact, The LEGO Batman Movie needs to do little else to justify our attention. It scores further points by exploiting some of the goofier corners of the Batman universe – The Condiment King shows up at one point – which sharply deflates Arnett’s “I’m so brooding and cool” routine while giving long-time Batfans plenty to chortle about.

In light of that, and with Arnett acting as an ace in the hole anytime the material starts to falter, you can’t complain too loudly about any shortcomings. The worst involves a certain timidity: a refusal to bite the corporate hand that feeds it the way the first film did. That hits hardest during the third act, when the comedy dials back in favor of the Very Important Lessons that come with any family animated feature. It’s not entirely unwelcome, it just follows the studio playbook to the letter, something its predecessor never stooped to.

On the other hand, it does signal DC’s willingness to poke fun at its most iconic figures, a welcome relief after the growing trainwreck of their live-action movie series. Someone on the staff understands how important that balance is, and if Zack Snyder can’t do justice by the Dark Knight, the LEGO boys can at least provide a few giggles to keep us occupied. It proved a winning strategy in 2014, and it hasn’t changed much here, providing a lightweight delight that adroitly capitalizes on the absurdities of our superhero-saturated era. Could it have done more? Of course. But with a straight man this funny and a concept that could support a whole lot with very little, it’s nothing to ruffle your cape over.

One thought on “The LEGO Batman Movie – Movie Review”