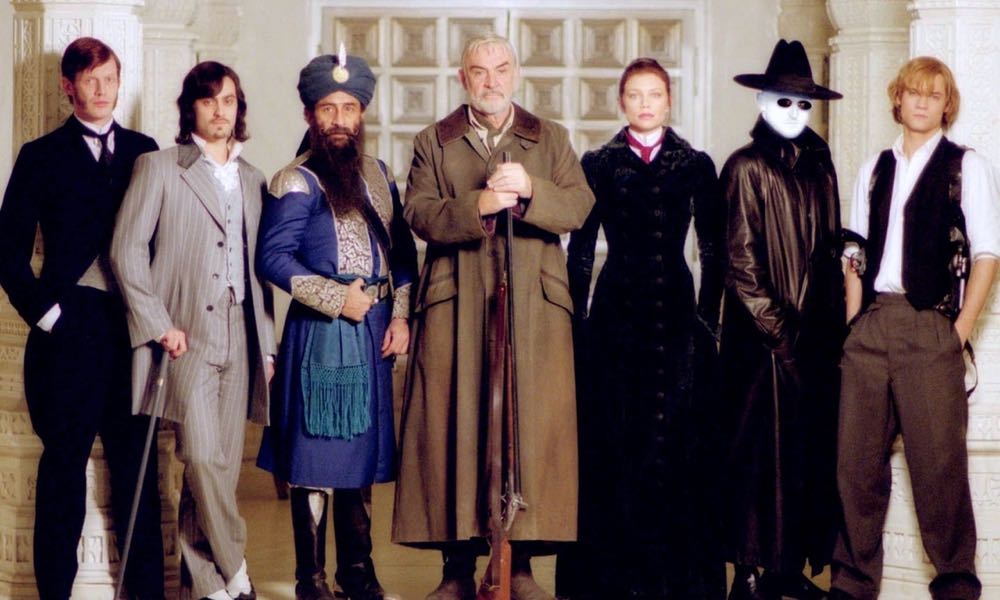 Thinking about Sean Connery (1930-2020) and his legacy, the other night, I remembered this one, which was not well received by critics or by fans of the graphic novel it’s based on either. It’s not too surprising to find a film or two that doesn’t quite make the grade in a career that lasted decades. Connery managed to make a come-back in his career, not once, but several times, and his popularity never really ended. He was a living legend at the time of his retirement. He was what is known in the industry as a survivor. Connery was an excellent actor, and with a mustache, or without, that did not hurt, combined with the fact that to so many admirers ( myself included), he was the personification of cool and that, it seems, was enough to support him in his chosen career for a very long time. It must have been difficult accepting he had come to the end of such a long career and calling it quits. I have to wonder what role this film played in that decision.

Revisiting The League Of Extraordinary Gentlemen for the first time in years the other night, I was curious if my low but not abysmal opinion of the film had changed. Whether my sensibilities had shifted as sensibilities often do, in ways, I hadn’t noticed since my last viewing of the movie. However, I had much the same reaction I had upon first seeing this film. That it is okay, but far from greatness, it’s a movie with all the ingredients to make a top-notch film but fails to achieve its potential. Thus, the stylish period-piece has excellent art direction; all the props, sets, and visuals in the film work well enough. Although some of the film’s special events seem somewhat dated movie’s premise (like the Avenger’s film that followed) is based on the idea of bringing together a group of extraordinary individuals (in this case, living fictional legends) to help forestall a crisis. The League Of Extraordinary Gentlemen fails to make these characters, with the possible exception of Nemo, compelling in a story that is only moderately interesting at times because of how it’s told.

Not familiar with this title? The League of Extraordinary Gentlemen is a 2003 dieselpunk superhero film loosely based on the first volume of the comic book series named by Alan Moore and Kevin O’Neill. It was directed by Stephen Norrington and starred Sean Connery, Naseeruddin Shah, Peta Wilson, Tony Curran, Stuart Townsend, Shane West, Jason Flemyng, and Richard Roxburgh. It was the final live-action acting role for Connery before his retirement in 2006 and death in 2020.

Connery was obviously brought in to give this film credibility and validity. One has to wonder what Connery’s state of mind was like while portraying a character whose waning existence closely paralleled his own. A living legend portraying a living legend must have felt a little like doing a bio-flick about yourself. If this film does anything right, it captures that theme of melancholy in Connery’s curtain call.