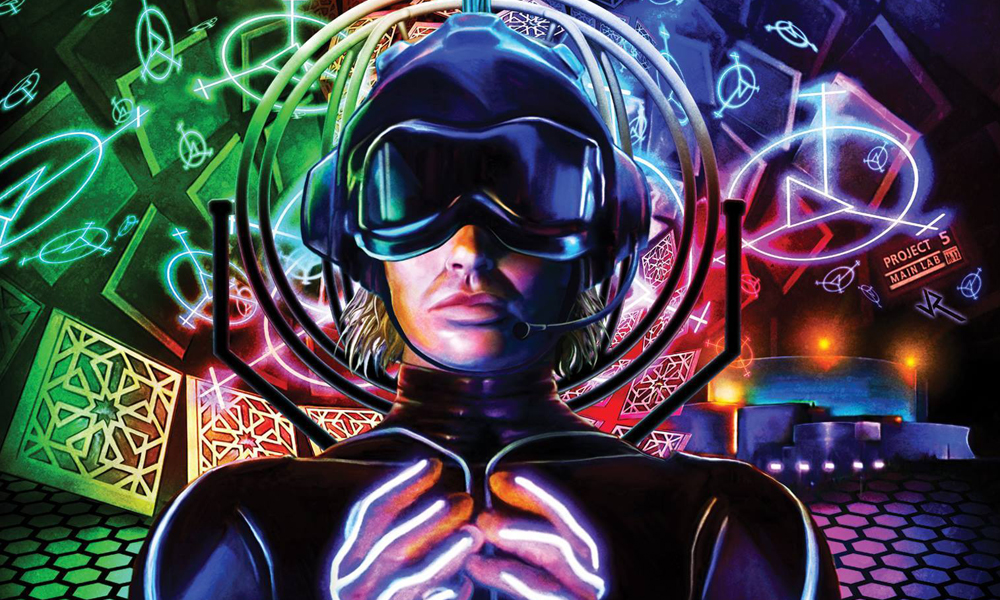 I remember the hubbub that surrounded the initial release of 1992’s The Lawnmower Man. This was to be a sci-fi/ horror film based on a story by Stephen King. I went with a gaggle of geek friends to see it. The first thing out of my buddy Phil’s mouth (as our resident Stephen King expert) was that the film had no resemblance to King’s short story. Stephen King didn’t think so either and even had his name removed after a lawsuit. Initially, I thought the film was a fantastic look at virtual reality; something I would try the following summer (a laser blast game). It was not a great film or worth the rewatch on VHS. I did not venture to the realm of The Lawnmower Man again until now.

Leave it to Shout! Factory’s Scream Factory division to release not only a Collector’s Edition of Brett Leonard’s theatrical cut of the film but also a cleaned up and fully restored version of his Director’s Cut. I am fully aware that the Director’s Cut was available on VHS, however, when it arrived I was in college and had far better films to explore. A bit snobbish but film school guys get like that when you watch the likes of Jean-Luc Godard one day and the next are subjugated to Federico Fellini. Was this one worth the trip? Yes and no.

For the unaware, The Lawnmower Man was inspired by a short story by Stephen King. However, what the director had envisioned was much more elaborate. Dr. Lawrence Angelo (a pre-James Bond Pierce Brosnan) is on the cutting edge of Virtual Technology. His test subject is a chimpanzee that he has been making smarter by virtually augmenting his capacity for knowledge. Angelo sees that this technology could not only advance creatures such as the chimpanzee but also be used to advance all of mankind. “The Shop”, the government agency that is funding Angelo, sees the potential for yet another advanced weapon (of course).

After Angelo’s test subject kills a few guards and escapes off campus, “The Shop” believes that Angelo’s work is ready for actual field tests. Angelo, who is a good scientist in the cliche way of the genre, decides to shut the experiment down to see what went wrong. Which is, of course, his cover story as he plans to experiment on a human test subject, his simple minded lawnmower man, Jobe Smith (Jeff Fahey). As you might have guessed in this virtual reality version of Mary Shelley’s “Frankenstein”, all hell then breaks loose. 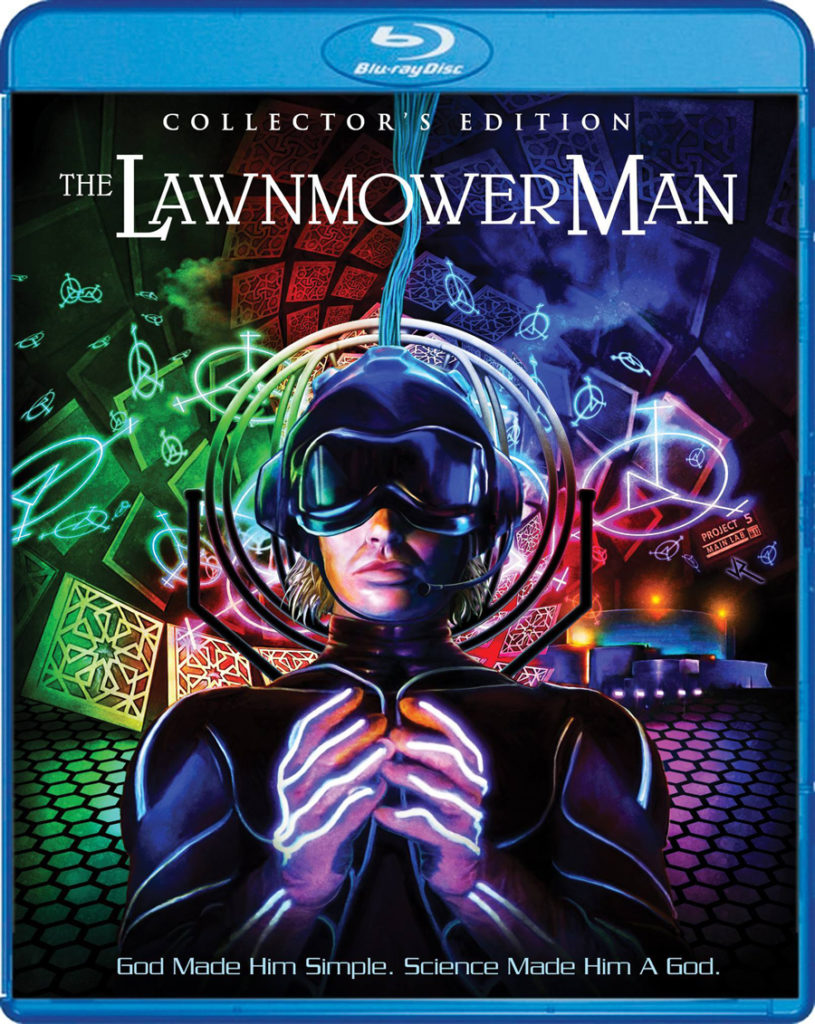 I tackled the Director’s Cut of the film as I remember all too well how unsatisfying the theatrical cut was. What I was shocked to find that in this 2 hour and 20-minute film (yes, you read that right) was how much of the characters’ individual stories were cut from the original movie. I barely remembered that Angelo had a wife, whose’s early scenes help establish that this wasn’t a new video game, but an attempt to reach a different level of consciousness. Also, many of the creepier and albeit more disturbing moments were left out of the film. We have Jobe’s head looking at his victims floating in front of a house, not in Virtual Reality. We have a pixelated death that is, despite the 25 years that have passed in computer technology, still graphically awesome. Plus there is the fight with the digital cyber bees. I can’t say that I loved the Director’s Cut as a film by itself, but it was more of an experience than the theatrical one.

What I truly love about Scream Factory releases is their ability to get a film’s collaborators to come back to give their two cents about what happened behind-the-scenes. The Lawnmower Man Collector’s Edition is another triumph. Director Brett Leonard dishes on what happened to the film, how they ended up with Stephen King’s initial short story rights, the hiring of Jeff Fahey, and why he was hired in the first place (his film The Dead Pit).

What I almost expected to hear was that some studio head told them to cut down on the dialogue and add more Virtual Reality. Which was true! This is why much of the dynamic and emotional attachment to the characters is lost early in the film. Bob Shaye, who was the head of New Line Cinema at the time, told them to add more effects and cut the dialogue. You have to wonder why you would cut character development for more special effects, but the proof is in seeing the two cuts of this film and the difference it made overall. It would have been great for Shaye to be present and add his two cents to the special features. After all, the man is credited as one of the producers to Peter Jackson’s Lord of the Rings Trilogy so he must know something, right?

Leonard, clearly defending his own film, dives into the first test screening, which went horribly and that New Line was going to release the picture straight to video. He convinced them to run newspaper ads in Los Angeles, New York, Chicago, and theatrically the trailer, nothing else. It worked. He even got them to add the words “Virtual Reality” to many of the posters, thus ensuring that one part of geek culture would want to see the film. All this and more is present in “Cybergod: Creating The Lawnmower Man”. You’ll also discover that there is a Zardoz reference (always a good thing), which moments from King’s original story survived, and the name of the Hollywood director who hired Leonard’s crew for his next slew of pictures.

It was fun for a bit to revisit The Lawnmower Man. The technology that they use in the film, how we get into the Virtual Reality world, might look dated but it inspired a lot of people to copy it. Now it is the norm. If you were a fan of the original release I recommend picking up this Collector’s Edition. I for one love learning about what went on behind-the-scenes. To me, that is virtual gold.

• NEW 4K scan of the interpositive

• Behind the scenes and production stills