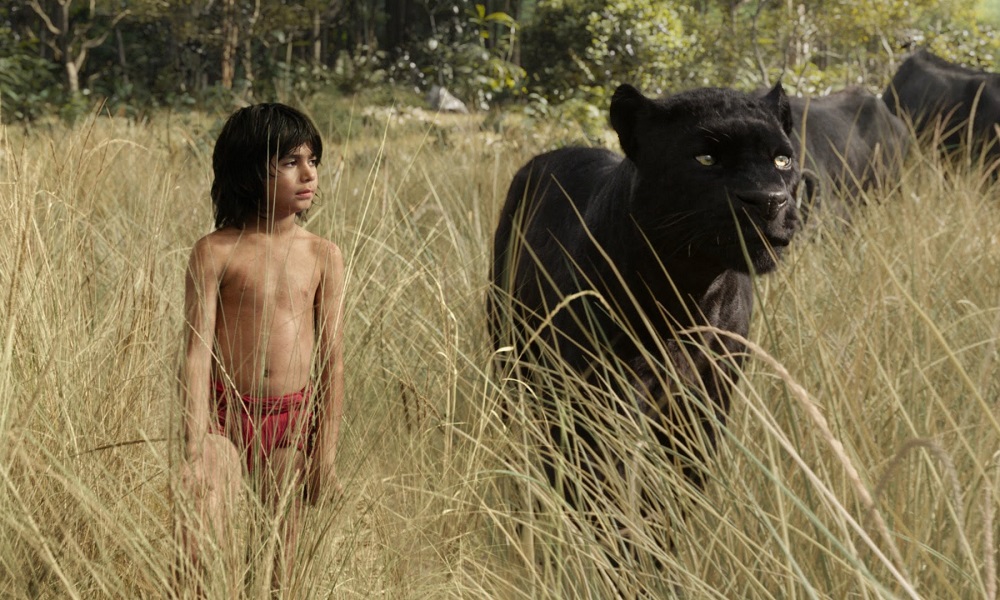 You can forgive fans for being a little skeptical of this new version of The Jungle Book, which is attempting to update a story that most people feel did perfectly well in animated form. But having watched the Disney cartoon immediately after this one, I could see how much the tale has “grown up” under the direction of Jon Favreau. It holds a little more Rudyard Kipling and a little less Disney, which is fitting. The family adventure has been replaced by something more red of tooth and claw, which gets around the basic “justify yourself” problem faced by movies of this sort. And with that demon slain, The Jungle Book can embark full-bore on its adventure without fear of living up to the past.

As it turns out, it needn’t have worried. Favreau finds a lovely new take on the beloved Kipling material: delivering a slightly darker but equally rousing movie that finds its own vibe somewhere in the midst of its predecessors. CG feeds it, but it’s not bound by that technology, and Favreau makes this more than just an animated feature by other means. His jungle feels real, not something created in a computer, and with that, the unfolding narrative takes on a life of its own.

It’s still a very familiar story, as residents of an unnamed Indian forest struggle to protect the man-cub Mowgli (Neel Sethi) from the predatory machinations of the tiger Shere Khan (voiced by Idris Elba), and Mowgli learns the often harsh ways of the world on a journey to his own kind. Like the older versions, the format is episodic, as Mowgli encounters various occupants of the jungle both benign and otherwise, while Shere Khan pursues him with increasing ferocity and zeal.

I confess I’m skeptical of Disney’s current efforts to deliver live-action updates of their classic films, but in this case, it makes a lot of sense. The new format gives Favreau a chance to pull away from the overt pandering to the very young and remind us of what Kipling was getting at: the world is unsafe and peril lurks around every corner. Mowgli’s hardly unequipped to fight back, however. This new Jungle Book gives him a knack for tools – what his adoptive wolf pack calls “tricks” – which evens the odds considerably, but also sets him between the wild and the civilized world. He belongs to neither, and his efforts to discover where he fits in carry a dramatic resonance that serves the film well.

He also gets a big boost from the exquisite CG, which brings the universe convincingly to life in ways we’ve never seen before. The voice acting, too, is top notch, which comes as surprise, since the names suggest stunt casting of big stars looking for an easy paycheck. Turns out, they feel perfect, from Ben Kingsley’s paternal Bagheera to Scarlett Johansson’s surprisingly sinister Kaa. Elba is the biggest revelation, eliminating the animated tiger’s oily aristocracy in favor of something brutal, merciless and very, very frightening. The strength of the performances feeds each of the various set pieces surrounding these characters, and Favreau finds ways to surprise us just when we think we know exactly how it’s all going to go.

The only really knock on the film is the songs, lifted from the animated feature and sprinkled carefully into the proceedings here. There’s just a couple of them, plus some playback over the closing credits: not enough to turn this into a musical, but enough to distract us by evoking unnecessary nostalgia. They’re great, but they don’t belong here, and their presence feels supremely unnecessary. The rest of The Jungle Book is a pure delight, however: strong and confident, making a fine companion piece to the Disney animated film and a treat for older children who may have outgrown such a candy-colored predecessor.  I may have to rethink my opinion of these live-action endeavors. Favreau, at least, has set a very high bar from subsequent efforts to follow.

One thought on “The Jungle Book – Movie Review”