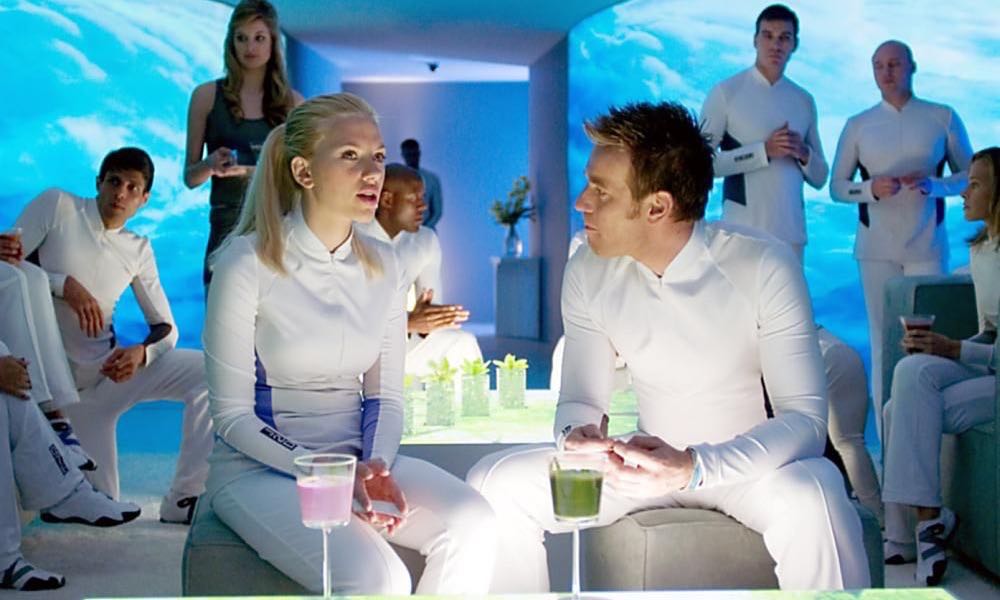 Revisiting 2005’s The Island, Michael Bay’s escape from dystopia movie the other night, I was struck by how reminiscent the film’s plot is to Logan’s Run at first, but any similarity to that seventies sci-fi classic soon disappears as The Island charts its own course in Bays usual bombastic style.

The film shows signs of having the potential to be an excellent science fiction horror film with a plot of the sort used on the classic Twilight Zone episodes. However, instead of exploring those possibilities, it seems the decision was made by Bay or someone, to keep this film firmly in the arena of the slick action thriller, largely ignoring the horror aspects of the film’s narrative and only mining the film’s premise and story as an excuse for more of his trademark cacophony of car chases, explosions, and of course lots of gunplay. This results in making The Island a moderately entertaining action film first with the science fiction along for the ride in a secondary role.

In case you are unfamiliar with the title, The Island is a 2005 American science fiction thriller film directed and co-produced by Michael Bay. It stars Ewan McGregor, Scarlett Johansson, Djimon Hounsou, Sean Bean, Michael Clarke Duncan, and Steve Buscemi. Buscemi, unfortunately, makes only a brief appearance in the movie in a supporting role that only adds up to what is basically a cameo, which is unfortunate; the film would have been improved by more screentime for his snarky, cynical, and plain-spoken character, The cast does its job well enough. but any attempt at a deeper look at the film’s characters is not forthcoming.

The film’s story is based on what is actually a pretty good premise. We get introduced to what first appears to be an idyllic colony of people strongly reminiscent of Aldous Huxley’s 1984 (and just as creepy). More or less treated like cattle these people all dressed alike in white onesies are told they are the last survivors of a cataclysmic event that has wiped out civilization, leaving the outside world uninhabitable, These people are shown to be child-like and like children, they require constant supervision, guidance, and attention. The people of the colony are shown to be child-like in many ways. The colonists are treated well and cared for and even pampered. Anyone that is dissatisfied or unhappy with their lot in life is given hope for a batter future by being entered into a lottery that has as its grand prize a trip to a non-existant island paradise.

The reality, of course, is much different than they are told. These folks are in fact clones and are part of a scheme that seems to have been created purely for profit and out of greed by a homicidal sociopath portrayed by Sean Bean. The people of the colony are not what they first appear to be they are in reality clones grown to supply spare parts for the rich and wealthy clients that can afford them as an insurance policy against death and old age. They are treated like and referred to as products and those ‘lucky’ enough to win the lottery have in fact received a death sentence and are harvested for the required body parts and disposed of.

Its a good scheme until something goes wrong and that something is some sort of genetic memory somehow gets passed on somehow from one client to too one of the clones and that’s enough to bring the whole scheme tumbling down.

The film works well enough for what is, another attempt at a slick action film. It has a few futuristic touches indicating t takes place in a near-future that strongly resembles our world of today. The Island’s narrative does have some interesting twists enough to keep the viewer interested but begins to unravel at the end. The thing is with a little more work to make it more nuanced and interesting, it could have been more and become something better.