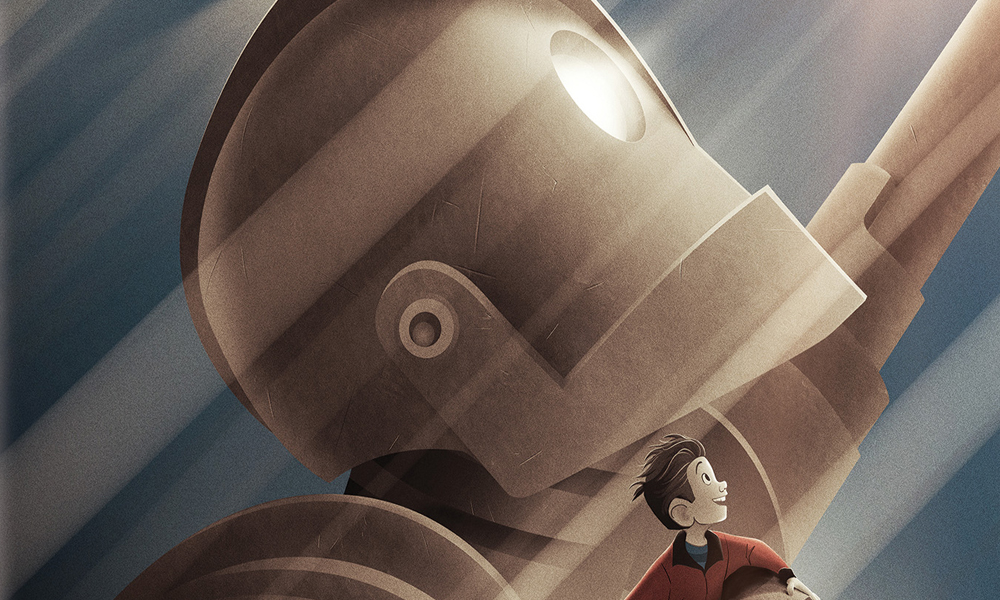 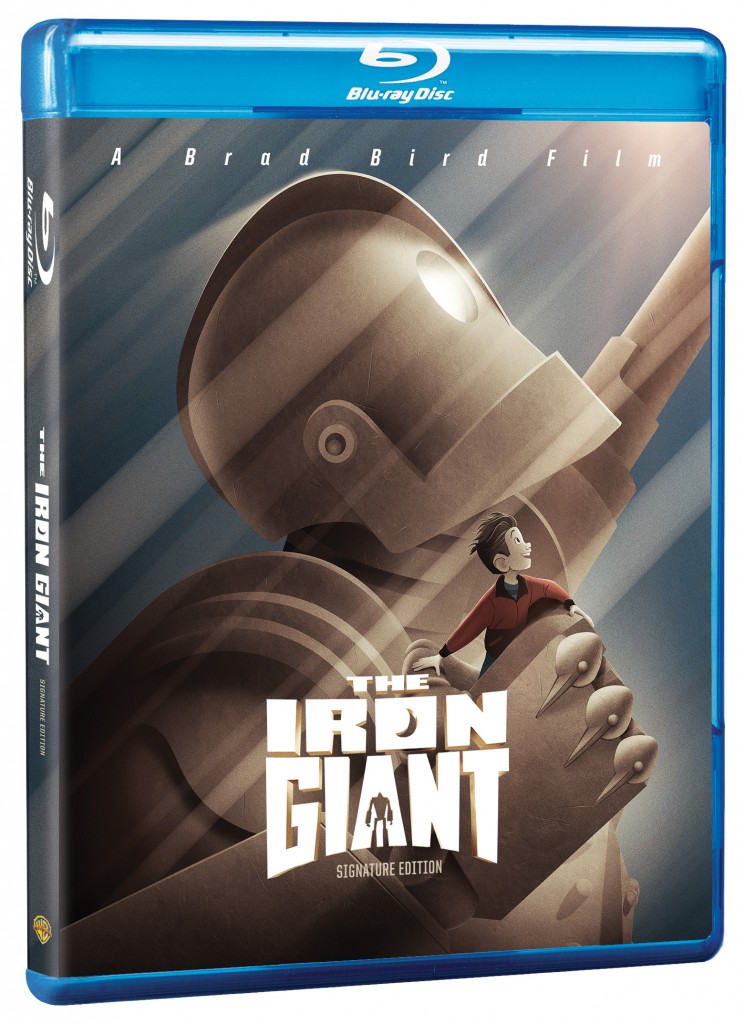 Brad Bird’s animated family film,  The Iron Giant, has become a modern classic. Warner Brothers will honor his film with two new releases! Check out the details below on The Iron Giant: Signature Edition and the Ultimate Collectors Edition. Details below!

Press Release: The classic beloved animated tale “The Iron Giant” returns to home screens when “The Iron Giant: Signature Edition” is released for the first time on Blu-ray on September 6.  Also available on September 6 will be an “Ultimate Collectors Edition.”  The 1999 film directed by Brad Bird (“The Incredibles,” “Ratatouille,” “Mission: Impossible – Ghost Protocol,” “Tomorrowland”) has been fully remastered and enhanced with two all-new scenes.

When “The Iron Giant” arrived in theaters, it was hailed as an “instant classic” (Joe Morgenstern, The Wall Street Journal).  “Imagine E.T. as a towering metal man, that’s the appeal of this enchanting animated feature” (Roger Ebert, Chicago Sun-Times).  And the world soon learned another “giant” had arrived as well: filmmaker Brad Bird, who made his stunning directorial debut with this film and has gone on to win two Oscars®, as well as worldwide acclaim for his work on both animated and live-action features.

Winner of nine Annie Awards, “The Iron Giant” is the tale of an unlikely friendship between a rebellious boy named Hogarth (voiced by Eli Marienthal) and a giant robot, voiced by a then little-known actor named Vin Diesel.  The voice cast also included Jennifer Aniston and Harry Connick Jr.

The film was produced by Allison Abbate and Des McAnuff from a screen story by Brad Bird and screenplay written by Tim McCanlies and Brad Bird.  Adapted from poet Ted Hughes’ book, The Iron Man, “The Iron Giant” was first released in the summer of 1999 by Warner Bros.

“We’re tremendously gratified by the ever-growing status of “The Iron Giant,” which was a labor of love for those of us who made it,” said director Brad Bird.  “It seems like a perfect time to give the film’s large and expanding fan-base the deluxe Blu-ray they’ve long been asking for.”

“The Iron Giant: Signature Edition” will be available to own on Blu-ray for $14.97 SRP and contains both the Signature Edition of the film and the original theatrical version in high definition.  The disc will also include the new documentary, The Giant’s Dream, a definitive look at the making of “The Iron Giant.”

“The Iron Giant: Signature Edition” will also be available as an Ultimate Collectors Edition for $74.99 SRP.  The Ultimate Collectors Edition will include the Signature Edition and the original theatrical version in both high definition and standard definition, “The Giant’s Dream” documentary, a hardcover art book on “The Iron Giant,” collectible Mondo art cards, a 4-inch plastic articulated Iron Giant statue, and a letter from director Brad Bird.

Fans can also own “The Iron Giant: Signature Edition” via purchase from digital retailers. 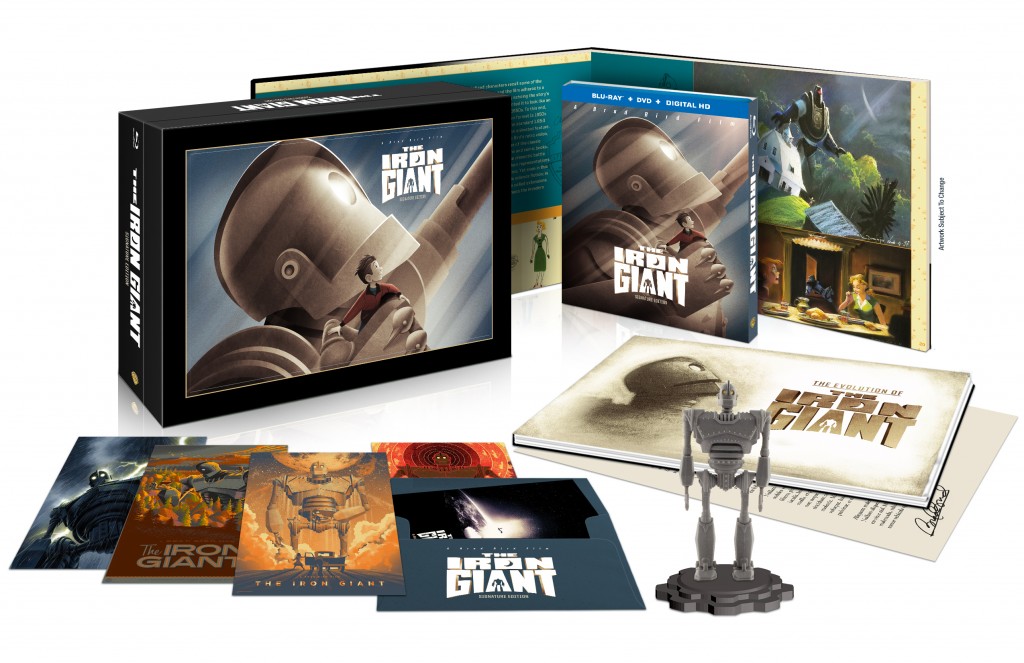 The Giant’s Dream is the dramatic story about a rare moment in movie history that allowed a first-time director to make one of the world’s greatest animated films, “The Iron Giant.” Using stylized animatics, archival footage, original concept art, and revealing interviews, The Giant’s Dream charts the incredible ups and downs, industry firsts, and amazing history behind this iconic film, and its rebel director, Brad Bird.