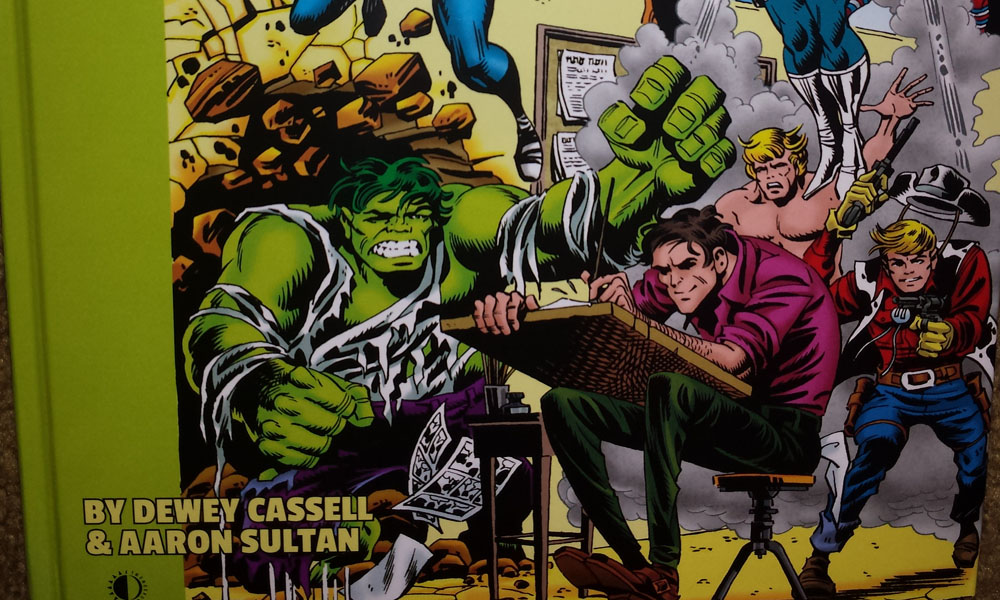 Herb Trimpe was one of those longtime comic book artists who never got the recognition they deserved when they were working.  However with his passing in April of this year, Trimpe is finally getting his just due as one of the greats in the field during the 1970s and 1980s.  This brand new book from the fantastic TwoMorrows Publishing explores the life of Trimpe along with his long and diverse career in comics. 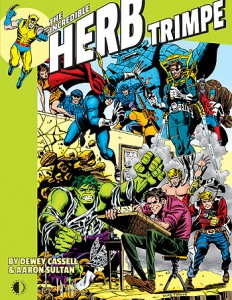 The bulk of the book features a book length interview between Herb and writer Dewey Cassell.  Trimpe was born in New York and served in Vietnam.  It was there where he first discovered Marvel Comics in the mid-1960s. He took his work to Marvel where then Production Manager Sol Brodsky hired him immediately, assigning him to several of Marvel’s western comics.  Trimpe discusses those early days, the famous Marvel Bullpen, and those legendary story sessions with Editor-in-Chief, Stan Lee.

Trimpe became best known for his long run on The Incredible Hulk which started in 1968 on issue #109.  During the run Trimpe co-created characters like Doc Samson, and most famously…Wolverine!  Trimpe talks about Stan popping his head into the bullpen one day and just asking, “Hey Trimpe.  Do you want to draw The Incredible Hulk?”  The interview section on The Hulk is the longest as Trimpe shares his many memories of working on the character and co-creating Wolverine along with writer Len Wein. 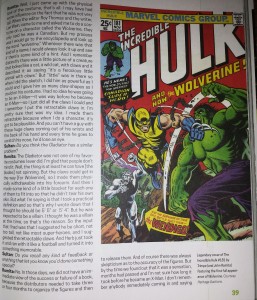 Trimpe was a mainstay at Marvel who worked on just about every title the company put out.  He worked on a number of licenses properties at Marvel including The Shogun Warriors, G.I. Joe, Planet of the Apes, Indiana Jones, and Godzilla.  The authors include sections on these various properties, highlighting Trimpe’s involvement.  While Cassell handles the interview with Trimpe, his co-writer Aaron Sultan interviews a number of Trimpe’s contemporaries including John Romita, Joe Sinnott, Roy Thomas, John Buscema, and Herb’s son Alex.

Like so many older artists, Trimpe found himself being edged out of work by younger, more popular artists in the 1990s.  He shares his thoughts on being let go by Marvel after 29 years, providing a diary-like narrative of the events which eventually led to his unceremonious firing via a letter from Fed-Ex in 1996.  Never one to let life get him down, he relates how he found new meaning to his work by teaching art in high school and serving as a Chaplin at Ground Zero after the 9/11 terrorist attacks. 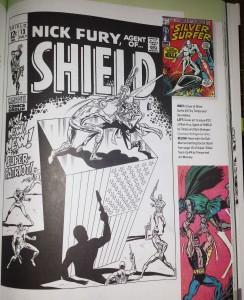 The book concludes with an amazing gallery of his artwork in both color and black and white which succinctly epitomizes his skill and ability to adapt as an artist.  Although Herb never worked for DC, one of the pieces in the gallery is a commission piece of the Justice Society of America which is very cool.  Finally there is an index to his credits not just at Marvel but for the other companies he worked for as well.

Trimpe passed away just as this book went to press and it serves as an informative and heartfelt tribute to a true professional.