It took four people to rewrite the classic film Psycho, and to make it worse. 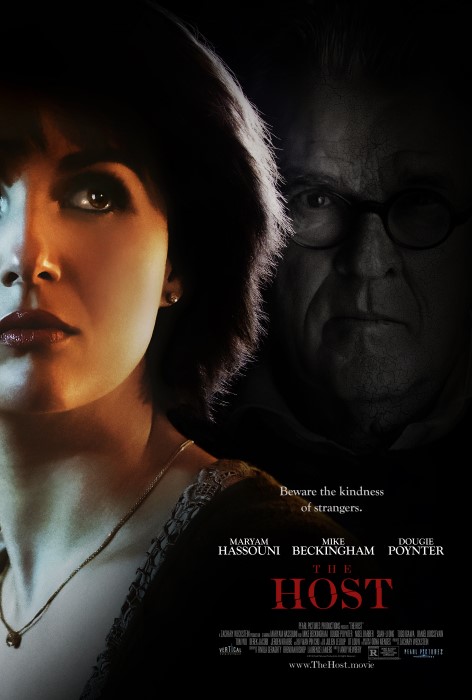 Hitchcock’s immortal adaptation of true crime and sensationalist literature is a benchmark for the voice of cinema, the thriller genre, and has been homaged and parodied in everything from Kubrick to The Looney Tunes. It’s a little distressing to think so many people may see this film as something fresh and original when it literally walks lockstep with the original Psycho, when it isn’t veering off into overwrought and cliched subplots.

I started noticing the similarities and figured they were part of the overall influence by Hitchcock in general, but as time went on the parallels became less coincidences and just one more indication this was a remake, not an original film in truth.
I
t can’t all be a fluke: a philanderer embezzles money at their work to start a new life, checks into a mysterious old hotel which is staffed only by a friendly but unstable proprietor who takes direction from their overbearing but never seen parent who supposedly lives in an upstairs room. That fugitive then disappears, and their trail is taken up by their more morally forthright sibling.

BUT WAIT…It’s not a rip off because the original Psycho didn’t have a Chinese cartel, a DEA agent, and two shady operatives chasing the characters around. Besides, all the characters are gender swapped, instead of a shower it’s a swimming pool…etc. This and the abidance of gore and sex (which were not in the original Psycho) all seems like distractions to the core problem here.

The Host doesn’t feel so much as someone who loved Hitchcock and wanted to make a similar film as someone who either convinced themselves they had imagined the plot of Psycho themselves or figured they could get away with copying it if they did little things like not have the fugitive embezzler be killed in the pool (which stands in for a shower) but instead drugged there so they could be taken somewhere else.

Then there’s all the subplots. There’s a bookend by the inimitable Derek Jacobi talking about the psychological aftermath of the mayhem and murder to come in the flashback that is the rest of the film. The two operatives shadowing our hero have a backstory and flashbacks of their own and instead of Marian Crane…sorry Robert Atkinson this time just taking the money from his job and running he first gambles it away then has to make up his debt with a favor to a mob boss.

But it all keeps trickling back to exactly the same path: copying Psycho. I kept hoping for the swerve. It never came.

It looks like a movie. Lighting is nice, cinematography is on point. The acting is a bit shaky. I noticed more than a few times when someone would use awkward grammar but the take was kept (‘I’m going to need some sample of those buckets’),  Regardless, the actors all make a nice impression. When I want to see more of the adorable owner of a burger shop or want to know more about the murderous enforcer you’ve done some great casting.

As for the blood and gore and nudity, it’s present and accounted for and although hardly tastefully done its effective. I can see the pitch for this film being ‘Psycho, but more hardcore’. The simple theft of a packet of cash is now a conspiracy involving criminals and undercover agents. All the old faithfuls of ‘mature’ writing are here like a modern television show trying to emphasize its grit: alcoholism, prostitution, infidelity, incest, callous murder, trysts, gambling. It’s just all the more obvious how much of a balancing act the original Psycho was when compared to a production that doesn’t shirk from but dwells on the uglier aspects of the story…

Since the central hub is theft of an intellectual property of some renown, intentional or otherwise, there’s no initial creativity to be found and The Host doesn’t try very hard to acquire any. The plot twists just sort of…happen. No previous build up or indication: so-and-so is just on a different side now.

This might literally just be the infamous case of monkeys on typewriters recreating Shakespeare by accident, but when you can literally trace scene by scene and character by character to another property without fail or real deviation it makes your feelers twitch. It feels disheartening that, if this is a rip-off, the filmmakers figured their audience was either too ignorant to know about Psycho, too impatient to watch it, had terrible memories and had forgotten about it, or just wouldn’t recognize the source material being cribbed. This COULD be a coincidence but only because anything is possible.

If The Host had admitted ‘Based on Psycho’ in the credits I might have treated it as a slick and occasionally entertaining spin. As stands it seems like not just the characters in the film tried unsuccessfully to get away with stealing someone else’s property.