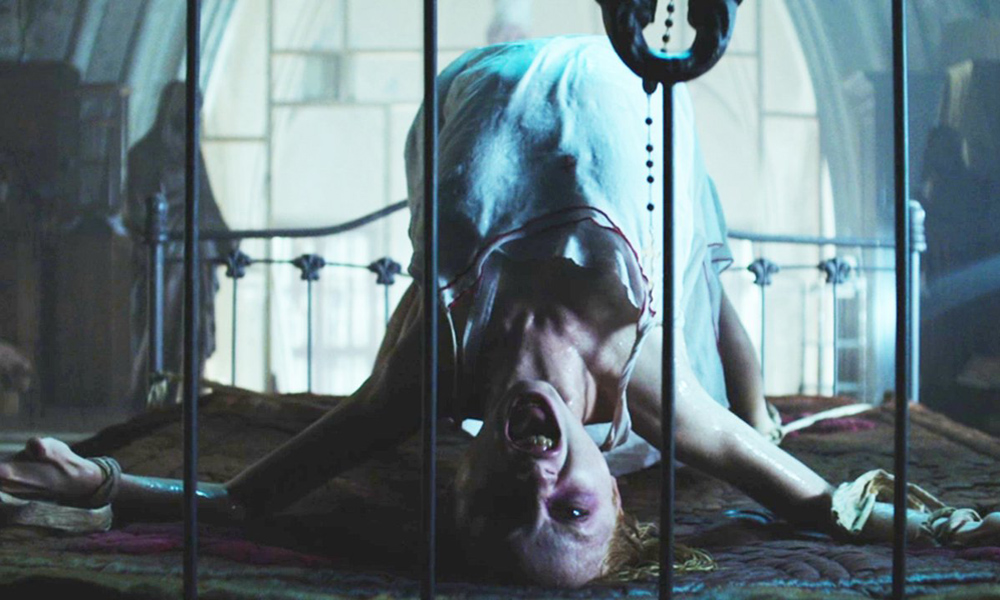 I’m tempted to say that if you’ve seen one move about demonic possession, you’ve seen them all. Despite the number of films produced in this sub-category of horror films they rarely seem to offer much in the way of new or original takes. Almost on cue, The Possession of Hannah Grace begins in the midst of an exorcism on the titular character, Hannah Grace (Kirby Johnson). We get the usual demonic possession, off the shelf effects of bodies floating, demonic growling, etc…The demon kills the two priests forcing her father to smother his daughter until dead. 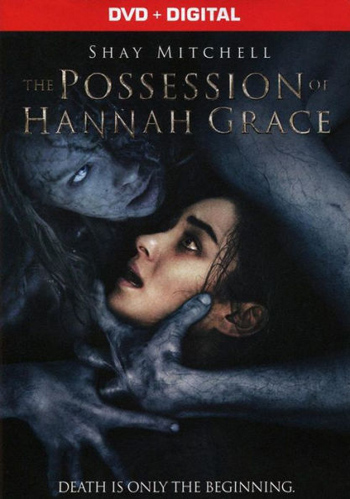 A couple of months later Megan Reed (Shay Mitchell), a former cop and recovering alcoholic, takes a job working in a Boston hospital as the overnight attendant in the morgue. Working all alone, she receives in and processes whatever bodies are brought in during the night. Now, I’m thinking that a recovering alcoholic, who is dealing with the trauma of having her inaction lead to the death of her former partner on the police force, probably shouldn’t be all alone working in a morgue on the graveyard shift.

Megan gets in the body of a young girl who has horrible injuries including multiple stab wounds and partial burning. However when she tries to process the girls’ fingerprints in the computer the system fails. Soon she begins experiencing a checklist of unexplained phenomena including the door to the body storage cooler popping open, lights flickering, objects falling off shelves, etc…

Enlisting the aid of her ex-boyfriend who is still a cop, she discovers that the body is that of Hannah Grace who records show died month’s earlier. Soon, Hannah’s father shows up in the morgue, intent on killing his daughter and the demon inside of her, once and for all.

Director Diederik Van Rooijen’s film plays much more like a ghost story than a demonic possession story. He employs a lot of the trickery that comes stock in most haunted house films. While this does make it somewhat different that most possession films the fact that it relies on tired plot devices doesn’t score high on originality. While there is a fair amount of suspense the payoffs are always well too familiar to horror fans.

Shay Mitchell, best known from the TV series Pretty Little Liars, does a commendable job as Megan, playing a vulnerable yet ultimately resourceful protagonist. Also note that Kirby Johnson who plays Hannah, is a contortionist who puts her skills to good use, skittering like a spider across the floor as she hunts down members of the hospital staff.

There’s nothing special about the Possession of Hannah Grace. It’s familiar territory but one it walks in a knowing, deliberate pace. Still, the film made $43 million dollars worldwide on a mere $7 million dollar budget. Making 6 times your budget is a success by any means you want to measure so clearly it had its fans.