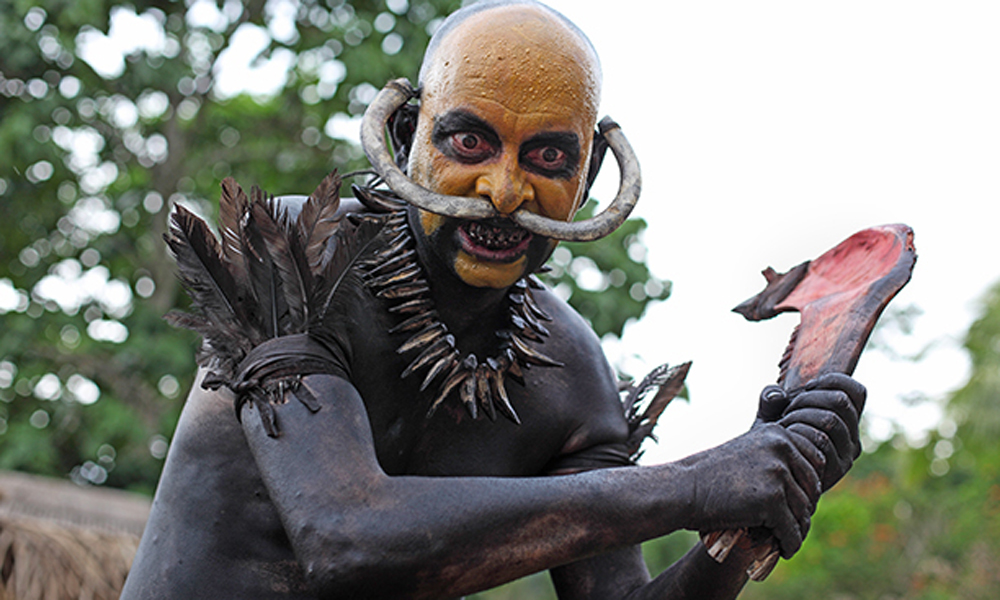 Let this be a lesson to you kids out there…social activism will get you eaten. You were warned. No doubt fans of writer/director Eli Roth will enjoy The Green Inferno. All others need not apply. This is classic Roth…guttural, gory, and always pushing the envelope of celluloid taste. 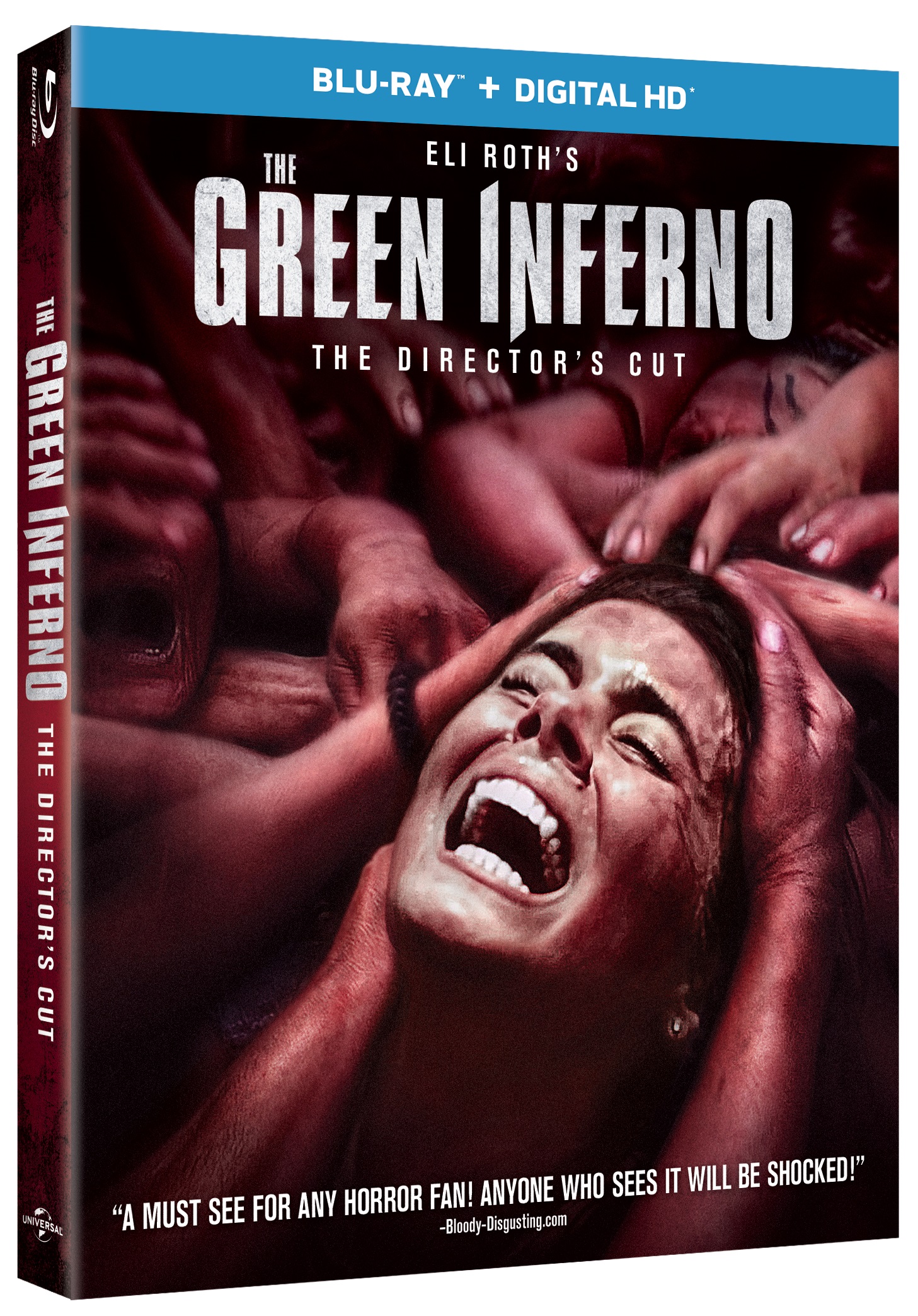 Justine (Izzo), is an impressionable college freshman who gets mixed up with a group of activists at her college. Led by Alejandro (Levy) and his girlfriend, Kara, the group plans a trip to the Peruvian rainforest in order to stop a company from logging the land of an ancient native tribe by recording them on cell phones and streaming the footage to raise awareness.

The group is successful in stopping the work crew but as they are flying out of the rainforest their airplane crashes, killing several members of the group. As they try to gather their wits and decide their next move they are attacked by a native tribe who kills more members and knocks out the rest with tranquilizer darts. The natives take them to their village where they are imprisoned as the natives dance around, mocking them.

However the horrors are only beginning for the survivors. Soon Jonah is led away and restrained to a table where the tribe’s war chief dismembers him and his body parts are taken away to be baked in their crude ovens. The female elder of the tribe checks all of the women and finds that Justine is a virgin and plan to subject to genital mutilation. As if the thought of being consumed by the cannibal tribe was not bad enough they discover that their efforts may have been in vain.

As with his previous films like “Cabin Fever” and “Hostel”, Roth relies on a similar formula of small budget, mostly unknown actors, and characters in the wrong place at the wrong time for The Green Inferno. This is also Roth’s ode to Italian Cannibal films of the past, particularly 1980’s “Cannibal Holocaust” from which it borrows several plot elements. The Green Inferno isn’t nearly as raw and visceral but it does rely on in your face shock value. There’s something inherently terrifying about cannibal tribesmen who kill not out of malice but only because they view you as little more than a Thanksgiving turkey.

The utter brutality of the film is counterbalanced by moments of sheer stupidity, however. Now in EVERY other horror movie ever made the protagonists always have trouble getting a signal on their cellphones. Yet here they desperately try to get back to their downed airplane to get their satellite GPS device which is still getting a signal in the middle of the rainforest. The swerve involving Alejandro was not needed and added nothing to the film.

To Roth’s credit he always seems to find actors who while inexperienced, still manage to do a credible job and such is the case with The Green Inferno. None of the cast is especially notable but they are, in general, believable. If lead Lorenza Izzo looks familiar to Roth fans, it’s because she was also in Aftershock, which was written and produced by Roth.

The Green Inferno is one of those films that have had horror fans buzzing about for a couple of years. Completed in 2013, it took the film two years to get released due to financial issues. The finished product simply doesn’t live up to the hype.