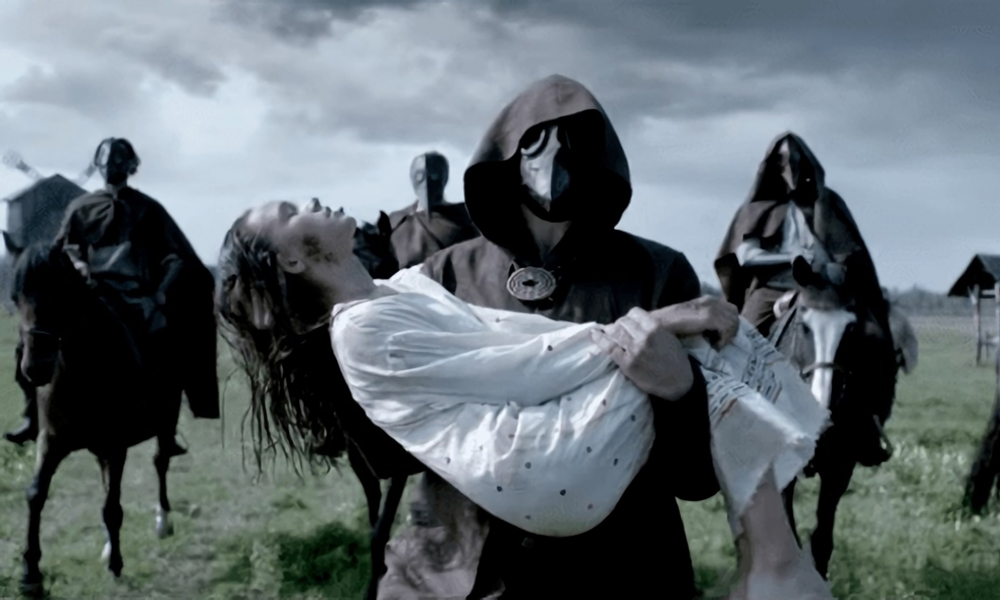 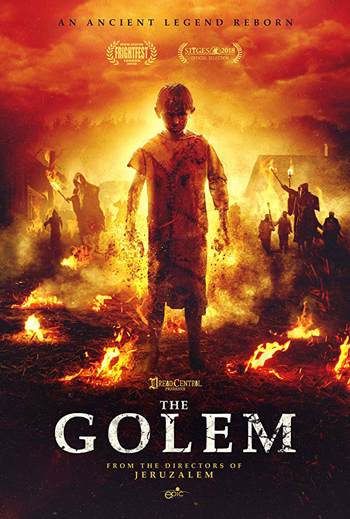 magic, usually to protect Jewish people from persecution. The opening, in fact, is based in part upon the most famous Golem tale known as The Golem of Prague in the 16th century.

This beautifully shot film is set in Lithuania in 1673. A small group of Jews lives an isolated and peaceful life from those who would persecute them. Hanna and Benjamin have been trying to have a new child since the tragic death of their son some seven years earlier. Their peaceful existence is shattered with the arrival to their village by a number of armed men. Their leader, Vladimir, accuses the Jews of the recent outbreak of plague and demands that they cure his sick daughter or he will burn their village to the ground.

The village healer takes in the young girl, assuring Vladimir that he can cure her. In the meantime, Vladimir’s guards stand watch over the village, enacting a night time curfew and not allowing any of the Jews to leave the village. When Hanna’s sister is killed, she uses her forbidden knowledge of the Talmud to fashion a golem to protect the village.

Soon, a number of the guards are killed in grisly fashion. Hanna has been able to bring the powerful spirit of the Golem to life in a surprising form. But will the village’s savior also be its destroyer and become too powerful for Hanna to control?

The Golem is an English language, Israeli-produced film from the Paz brother who also made “Jeruzalem” in 2015. They do an incredible job of capturing the grim setting of plague-ridden Eastern Europe. The costumes, the sets, the washed out colors of the cinematography all blend together perfectly.

The performances by Hani Furstenberg and Ishai Golan as Hanna and Benjamin head up a strong cast. Their genuine emotions and pain over the loss of their son are what drives Hanna’s fateful decision to bring the Golem to life. The Paz Brother’s pace is uneven and the slower mid-portion of the film tends to drag as they struggle to find conflict before the film’s frenetic climax.

While not a classic, The Golem does bring a side religious folklore that we don’t see much in films and is a welcome relief from the usual demonic possession films we see so often.

Audio Commentary From The Paz Brothers and Screenwriter Ariel Cohen

The Making of The Golem (03:48) – Behind the scenes material

The Making of The Golem Soundtrack (03:01) – Composer Tal Yardeni is shown directing the orchestra as they record the score.

Frightfest Interview (02:02 in HD) – Interview with the Paz Brothers