The Girl With All the Gifts Blu-Ray Review 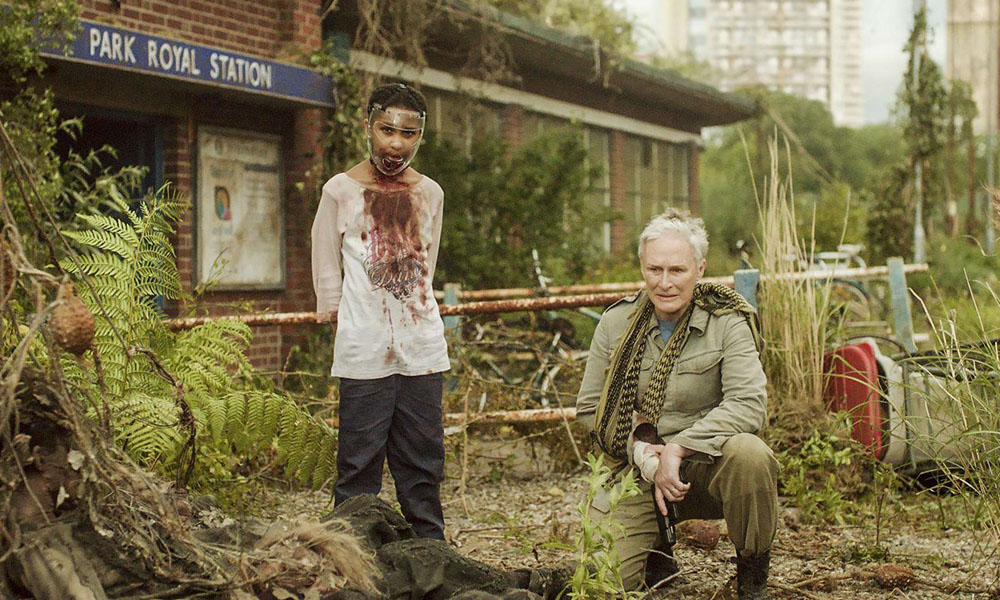 The Girl with All the Gifts is a 2016 British post-apocalyptic zombie horror drama film directed by Colm McCarthy and written by M.R. Carey, adapted from his novel of the same name. The film combines elements of World War Z and 28 Days Later, but despite its well-known influences it does manage to find its own unique voice in an ever more crowded genre. 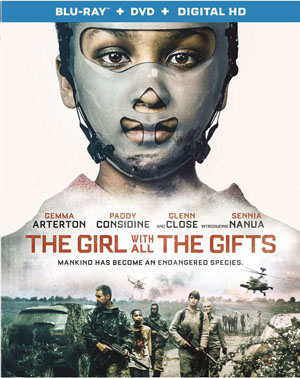 In the near future a fungal disease has turned the infected into mindless, flesh-eating zombies which are referred to as ‘hungries’. Like in the two films mentioned above these zombies are of the quick-turning and fast-moving variety which results in a number of harrowing chases throughout. At a military installation, however, we discover there is another type of infected. Children who were infected while still in the womb who crave flesh but still maintain their intelligence.

The staff at the base wears a special masking ointment so the children are not driven into a flesh-devouring rage when they are around them. They are kept in cells like prisoners and restrained into wheelchairs when outside their cells. Helen Justineau (Arterton) is a kind and sympathetic teacher who provides education to the kids, much to the chagrin of Sgt. Parks (Considine). Meanwhile, Dr. Caroline Caldwell (Close) is working on a cure for the disease and is close to a breakthrough.

Helen discovers that Dr. Caldwell has been taking the children and dissecting them to find a cure and has now chosen Melanie, a particularly gifted student, as her next test subject. Just as Helen tries to intervene the base is overrun by Hungries, forcing Helen, Melanie, Dr. Caldwell, Sgt. Parks and several other soldiers to escape in an armored transport into the countryside. The group tries to make contact with another base and soon finds itself in London, now overgrown and teaming with hungries.

Despite the many frenetic chases in the film Director Colm McCarthy knows exactly when to slow the action down. It is in these scenes where Melanie, played wonderfully by Sennia Nanua, shows she has a great depth of humanity than most of the other survivors. The soldiers keep their distance, fearing she could attack them at any moment and yet her ability to move about the rest of the infected without being attacked makes her an invaluable forward scout for the group. Nanua’s performance is remarkable in its depth for such a young actor. While the book was told from the perspective of several of the characters, the film centers solely on her.

Close was one of Hollywood’s top actresses in the 80s with films like Fatal Attraction and The Big Chill, now after a taking a break from films for several years and in the twilight of her career, Close has made a jump into genre films like Guardians of the Galaxy, this film, and the upcoming Crooked House. It is a huge get for this low budget feature to get an actor of Close’s prestige.

While the ending leaves open the possibility of a sequel I don’t think that is the angle that McCarthy is going for, preferring a more allegorical approach that is fitting although also somewhat unsatisfying. The Girl With All the Gifts might not be the most original zombie film around but outstanding performances and its unique twist make it worth a view.

Unfortunately there isn’t much in the way of extras of the blu-ray, just one featurette…