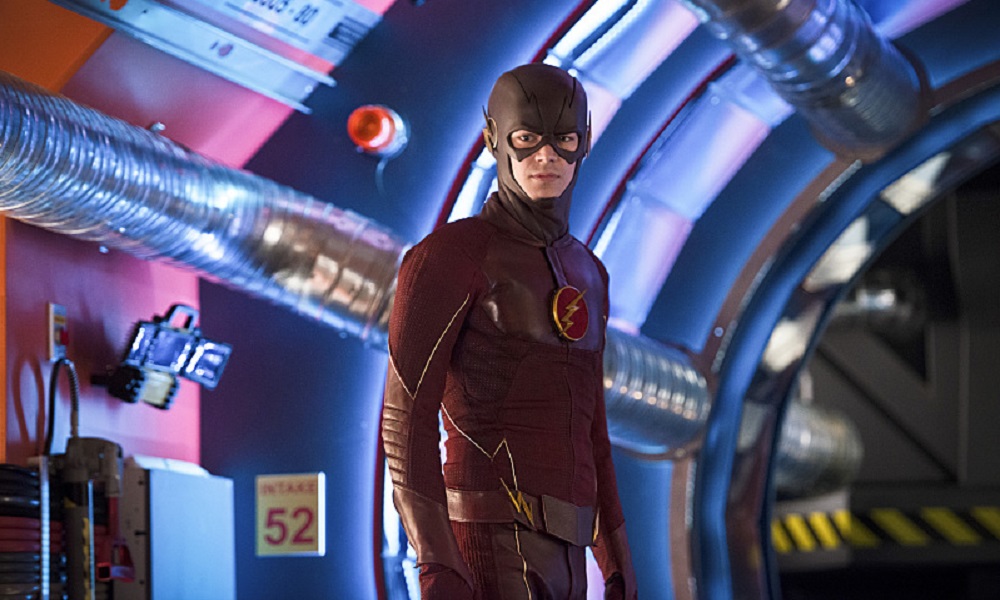 After discovering Zoom’s identity last week Barry throws himself into the effort to increase his speed. But after finding no easy answers he settles on a dangerous proposition. He intends to go back in time several months, and have Eobard Thawne/Wells teach him how to go faster. Barry arrives at a point in time where his past self is battling Hartley Rathaway (The Pied Piper). The Flash injects his past self with a drug to keep him knocked out and assumes his identity.

He returns to S.T.A.R. Labs with none of the rest of the team any wiser. Barry discusses his theories about the speed formula with Wells but overplays his hand, revealing a bit too much to the always astute Wells. Wells captures Barry and forces him to reveal why he has come back from the future. Barry tricks Wells into helping him by bluffing that he has left a letter for the team which they can use to prevent Wells from returning to his own far-future time period. Reluctantly Wells agrees to help. 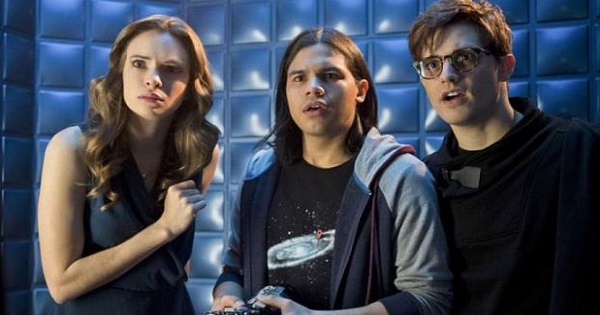 But The Flash has a more serious problem to deal with first. His messing with the time line has caused a Time Wraith to appear (think a Dementor from Harry Potter) who wants to kill The Flash. Further complicating matters, the Barry Allen who was knocked out has recovered and the two Flashes come face-to-face.

I have stated before and will again that I just hate stories involving time travel. They open up far too many plot holes and make it too easy to pick apart. Shouldn’t the fact that The Flash came face-to-face with his past self, caused the fabric of time to crash…or something thoroughly destructive like that? I expected them to go down and get a latte at the coffee shop. This completely changes the past as Barry now knows he can travel through time before he actually discovers the ability. Although Wells/Thawne does not know he gets erased from existence when Eddie Thawne kills himself, wouldn’t the future Barry’s arrival in the past change Wells’ strategy and plan of attack? Like I said, time travel stories are just too easy to shoot holes through. And what about Harley? This episode completely changes the direction of his character even though it seems for the better.

On the positive side, it did make for some laugh out loud moments between the two Barrys and Cisco. You could almost hear Cisco’s brain imploding. Eventually Barry got what he came for as Wells provides a thumb drive carrying the data that Barry needs to go faster but it was a far too convoluted way of getting there.

And why is this show going on a three week hiatus just two weeks after returning from a month-long hiatus? I swear I will never understand network executives.