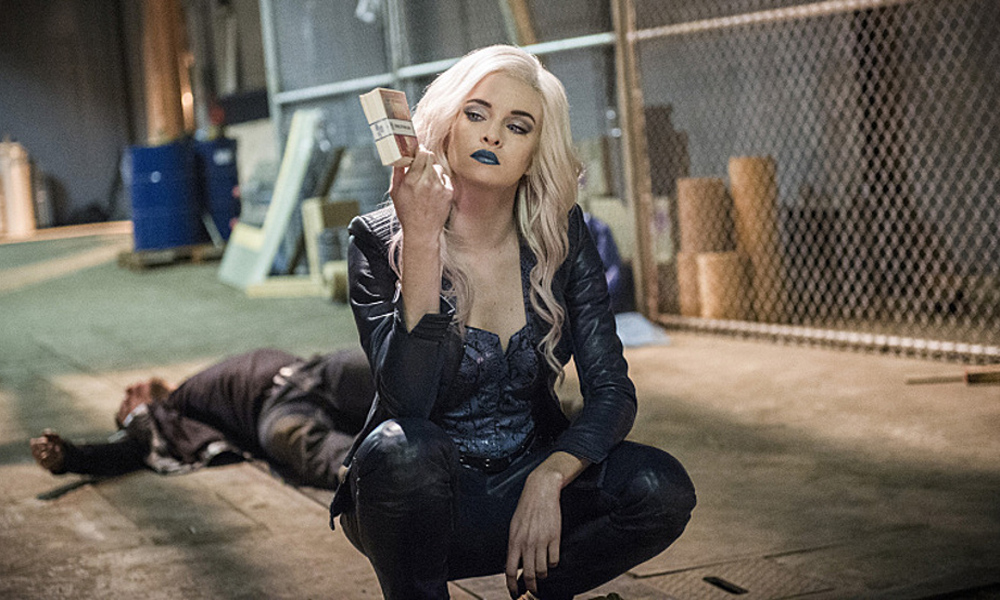 Well that certainly was a nice big bowl of superhero goodness, wasn’t it? “Welcome to Earth-2” was everything a comic fan could wish for and more and it ranks as one of the best episodes of the Flash to date. And if you didn’t catch all of the Easter eggs in the show I hope you DVRed it so you can go back and watch it again.

Barry, Cisco, and Wells use the last breach to travel to Earth-2. Here we get the first of many tantalizing Easter eggs and hints at things to come. As they travel through the portal we see Melissa Benoist as Supergirl flying by, foreshadowing the upcoming crossover. Also we got fleeting glimpses of John Wesley Shipp as the Flash, a futuristic vision of The Green Arrow, a peek at Jonah Hex (soon to guest star on Legends of Tomorrow), and even a quick shot of a Legion of Superheroes ring. And this was all in the first 5 minutes!

Earth-2 is decidedly cooler than Earth-1…It combines a higher level of technology with a 1930’s art-deco style for a truly unique look. The trio arrives at S.T.A.R. Labs intending to use Cisco’s goggles to track down Zoom. But, because the Earth-2 vibrates at a different frequency. the goggles don’t work. Barry kidnaps his Earth-2 counterpart who still works for the CCPD but is a bowtie wearing nerd. Barry assumes his doppelgangers identity and is surprised to find that not only is Iris a cop, but that they are also happily married.

One surprise after another awaits the group…Joe West turns out to be a jazz singer who doesn’t like Barry; Caitlin is the super villain known as Killer Frost and Ronnie Raymond lives and has his Firestorm powers but here he is known as Deathstorm.  the pair work as henchmen for Zoom and are tracking down the outsiders who have come to Earth-2.  And what of Cisco’s doppelganger? That is saved for one final twist at the end. Back on Earth-1 a new meta-human has hit town. Geomancer is itching for a fight with the Flash but will have to “settle” for an encounter with Jay Garrick who temporarily has his powers restored by Caitlin.

There was so much going on that you hated to see the episode come to an end and to be continued next week. Did I mention Easter eggs? Did you notice the names on Earth-2 Barry’s speed dial: “Hal”, “Bruce”, and “Diana”. And then there was mention of “Mayor Snart” as well as a nod to The Justice Society of America, the most well-known of the Earth-2 heroes.

This episode also gave stars Grant Gustin and Danielle Panabaker a chance to jump into another character and its clear they both relished the opportunity. Panabaker was especially fun as the sexy bad girl Killer Frost, a complete departure from her usual reserved, prim and proper character.

“Welcome to Earth-2” was a brilliant episode from beginning to end and I am already counting the minutes towards part two!