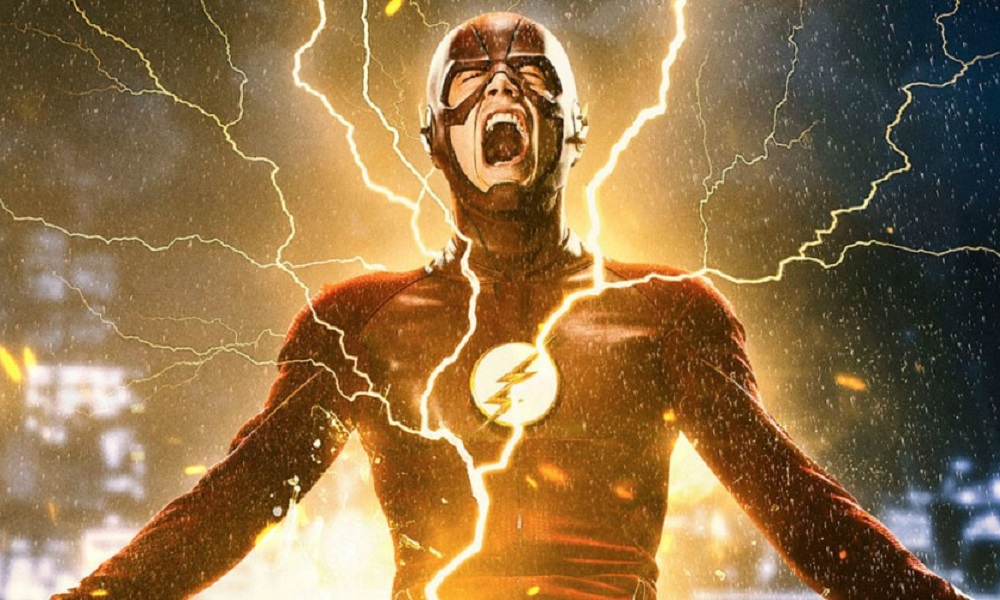 The Flash has quickly established itself as the gold standard among superhero TV shows because more than any other series, The Producers GET that it is based upon a comic book. Too many shows try to distance itself from their comic book roots in an effort to gain more mainstream appeal. Well, Superheroes ARE mainstream! Superhero films have not become some of the highest grossing films of the past ten year by appealing only to comic book fans. The Flash combines great comic book action with just enough campiness and drama to make it the best of its kind.

Season two of The Flash didn’t rest for a second on its fine first season, giving fans a loaded season two filled with new villains, new heroes, and even a crossover with Supergirl. In the wake of destroying the singularity that threatened the world in Season One’s final episode, Firestorm (Ronnie Raymond) has been killed (apparently). The Flash is attacked by a villain called Atom Smasher who was sent to kill Barry by a villain known as Zoom. Jay Garrick (the Golden Age Flash) arrives at S.T.A.R. Labs through a portal caused by the Singularity and reveals to Barry and his friends the existence of Earth-2, a parallel Earth where everyone has a doppelganger that is different than that of their Earth-1 counterpart. Jay relates that Zoom is an evil Speedster who he hasn’t been able to defeat on his world. It is also revealed that the Harrison Wells of Earth-2 is alive and has been trying to stop Zoom and his daughter, Jesse, is held captive by the villain. 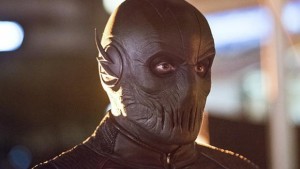 The first two episodes setup the events for the entire season with Zoom seeking to steal Barry’s speed force and Barry trying to stop the more powerful villain. Two mysteries highlight the season. The first is the identity of Zoom, and the second is the identity of the masked man Zoom is holding in a cell. Over the course of season two’s 23 episodes we get a bevy of new characters introduced from the comics including Doctor Light, King Shark, Vandal Savage and the new Firestorm which leads into the Legends of Tomorrow series; Killer Frost and Reverb (the Earth-2 doppelgangers of Caitlin and Cisco); Geomancer, Black Siren (The Earth-2 version of Black Canary); The Time Wraiths, and finally…The Golden Age Flash.

The season also introduces Jesse Chambers West (the Daughter of Harrison Wells as mentioned) and Wally West, the estranged son of Joe West. These two characters are important new additions as the events in this season will lead into their own roles as the speedsters Jesse Quick and Kid Flash in season three.

Season two had many outstanding moments…The initial journey to Earth-2 signified how deeply the show is imbedded in the lore of the comics and provides a vast source of potential heroes and villains not associated with the explosion at the particle accelerator; Barry gets trapped in the Speed Force and speaks to a manifestation of his mother in order to find out how to free himself; In the most heart-wrenching scene, Zoom kills Barry’s dad right before his eyes, leading to the season finale climactic battle. At the end, Barry makes a fateful decision that will lead into the third season’s adaptation of “Flashpoint” one of the most pivotal Flash stories of modern times. 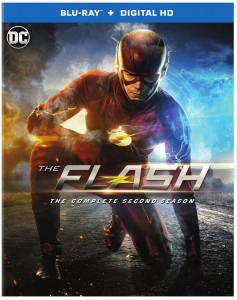 Grant Gustin continues to be a force as Barry/The Flash and it’s a crime that Warner Brothers is not allowing him to play the character in the films. The introduction of Earth-2 allowed us to continue to get the gift of Tom Cavanagh as Harrison Wells. His character is so important to the mix. Danielle Panabaker and Carlos Valdes continued to grow and develop. Panabaker got to step out of the wallflower role playing Killer Frost while Cisco continues to explore his powerful abilities.

There wasn’t much not to like about Season Two. Sometimes the action can run by the same formula where Barry meets villain, Barry gets beat by villain, Barry works with the rest of the team to figure out how to beat the villain. The season finale felt a bit rushed and Zoom was defeated in a Deus Ex Machina sort of way. The Flash/Supergirl cross over was frankly the low point in the season. It felt odd and out of place, not to mention that these two powerhouses needed the help of the local fire department to defeat their foes. But these are minor annoyances. The fact that we got to see an actual live version of the Golden Age Flash can make me overlook a lot of blemishes.

Deleted Scenes
Gag Reel including a hilarious spoof of the 1990s Flash TV show
Character and Visual Effects featurettes for most episodes
Chasing Flash: The Journey of Kevin Smith, a 51-minute documentary taking a look behind the scenes of the Smith directed episode, The Runaway Dinosaur.