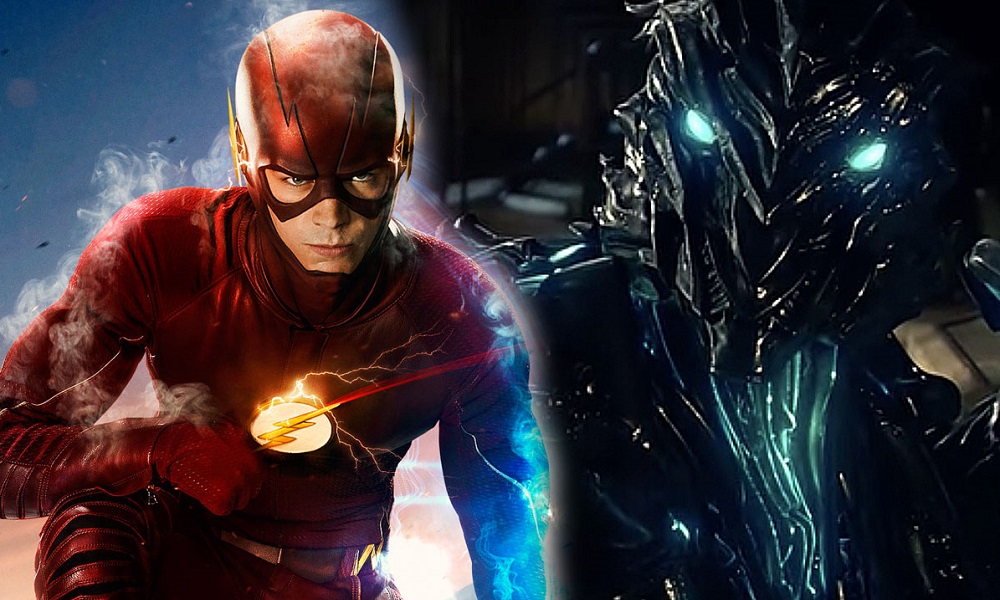 The Flash season 3 should have been sub-titled “It’s all Barry’s Fault”. I’m not sure how many times he or another character uttered that phrase or some version of it, but if we played a drinking game based on it I’m sure we’d have all gotten hammered pretty quickly. Having been the best of the CW DC Comics based shows for its first two years The Flash stumbled out of the gates at the start of this season and never gained a solid foothold. 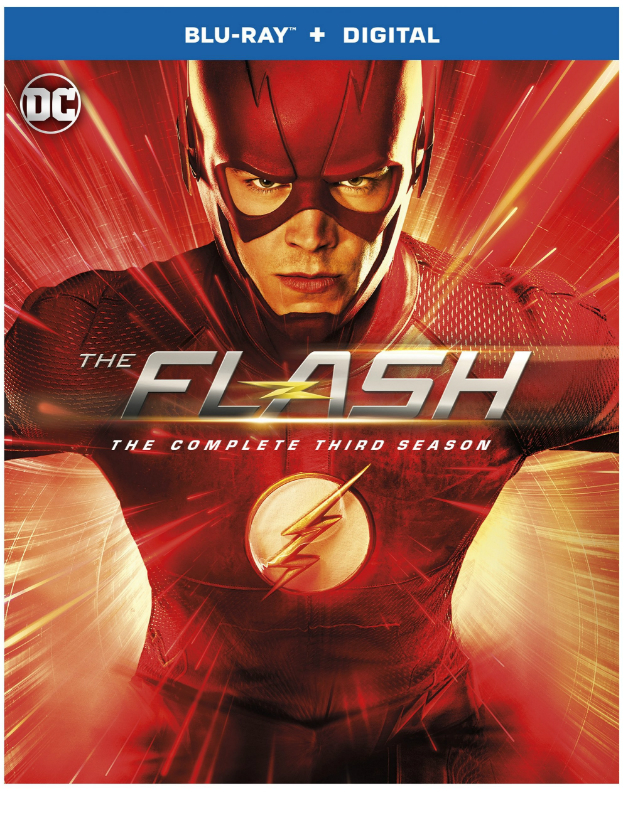 The season started out with the dumbfounding decision to adapt “Flashpoint” in which Barry goes back in time to prevent his mother’s murder by The Reverse-Flash and ends up completely messing up the timeline with horrific repercussions for those around him. Why? Why? Why? The Flashpoint storyline caused havoc in the DC Comics universe for several years. Why bring that chaos to the TV series? In the new timeline the team is no longer together. Cisco is a billionaire CEO of a tech company, Caitlin is a pediatric ophthalmologist, Wally is now Kid Flash and battling a new speedster known as The Rival. Seeing how he has screwed things up Barry tries to set things right by letting Reverse-Flash kill his mom and restore the timeline.

Naturally that turns out just as bad as a number of changes have taken place including Cisco’s brother being dead (And Barry gets the blame), Joe and Iris are not speaking to each other, and a new villain named Alchemy is creating other metahumans using Flashpoint. Oh and John Diggle has a baby boy instead of a girl. Thanks, Barry!

While Barry’s guilt is the overriding angle to the season and weighs virtually everything down it is far from the only misstep made by the writers. The tendency in superhero shows and films is for producers to believe that they always have to deliver more…More characters, more fights, more visual effects, and good storytelling gets lost in the process. This is another trap season 3 falls into. This season delivers more and more speedsters: Kid Flash, The Rival, Savitar, Jesse Quick to go along with the Reverse-Flash, Jay Garrick, and Zoom. It’s a regular Flash Family! It underscores a mistake they made with having a number of Barry’s rogues be one and done villains.

The season featured the big crossover event with Arrow, Supergirl, and Legends of Tomorrow in an adaptation of “Invasion” as the heroes battled the alien Dominators in a story that was too ambitious for the small screen budget. The main thread saw Barry attempting to stop Savitar from killing Iris in the future. Through failure after failure Barry grow more guilt-ridden and a series that had been fun turns dark and morose and decidedly not fun.

The season did have its moments…”Attack on Gorilla City” was a highlight and the visual effects crew did a magnificent job of bringing the city of the intelligent apes to life. Tom Felton of the Harry Potter series joined the cast as Julian Albert, Barry’s smug new CSI partner. His sardonic wit was a welcome addition to the show.

But even when it hit some highs, ultimately the season concluded on a huge downer with Barry putting himself though self-imposed penance by leaving friends and family behind for a prison in the Speed Force. The fourth season of the Flash begins on October 10, and hopefully it will rinse the taste of season 3 out of our mouths and get back to what made the series so much for for the first two seasons.

Villain School: The Flash Rogues (7:42) a Look at the how the Flash’s Rogues Gallery has grown over three seasons

Alien Invasion Complex: The Flash (9:49) A look at the Invasion crossover event with an emphasis on The Flash

The Flash: Hitting the Fast Note (4:08) Behind the scenes of the musical episode “Duet”

The Flash: I’m your Superfriend (2:43) A Musical number from “Duet”

Harmony in a Flash (15:34) Background of the musical episode “duet” focusing on the composer

The Flash in a Flash: Time Travel (21:47) a look at time travel in the Flash Universe