Barry is recovering from the injuries he suffered at the hands of Zoom last week and begins the episode confined to a wheel chair while his body heals. Joe West and Patty investigate the murder of a lab technician at a chemical company and find that there have been similar incidents. A study of the evidence reveals that hairs from a gorilla were found at the scenes. Grodd has returned! 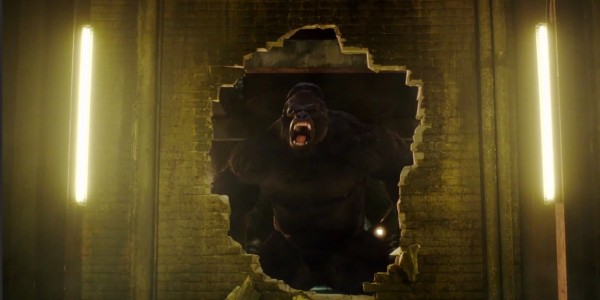 Grodd uses his mind control abilities to force Caitlin to steal chemicals from S.T.A.R. Labs and bring them to him. Grodd reveals to Caitlin that he wants her to repeat the experiment that created him so he can create more gorillas that have advance intelligence like him. Wells of Earth-2 initially plans to return home to try and stop Zoom. Caitlin convinces him to stay so they can work as a team to stop Zoom. When she is captured, Wells dons the costume of Reverse Flash, posing as the original Wells and Grodd’s “father” in order to distract the monster and save Caitlin.

While Barry has recovered from his injuries and regained his speed, his filled with self-doubt and fear over failing again. Iris has Henry Allen return home to help give Barry the boost of confidence he needs. Caitlin is reluctant to hurt Grodd in anyway so they devise a plan to use one of the portals to Earth-2 to send Grodd away where he cannot hurt anyone. Barry gives him one final super speed punch to knock Grodd through the portal. Grodd arrives in a vast jungle and sees a city lined with giant gorilla statues. Grodd has arrived in Gorilla City. In other happenings, Cisco goes on a date with Kendra Saunders and accidentally vibes her and gets a vision of her dressed as Hawkgirl.

So we got a bit of a breather from the Zoom storyline of the past few weeks but it was a little bit on the lackluster side. Barry’s self-doubt and self-pitying and Henry arriving to give he a rah rah speech was as cheese-filled as anything we’ve seen previously on the series. I mean let’s face it Barry gets his butt handed to him every time he battles a villain for the first time. It’s been the show’s formula since the beginning and frankly Barry has faced such adversity before.

I do love Grodd, though. He is a nice change of pace from the standard meta-human villains that The Flash normally faces and he has completely unique motivations and goals. It will be interested to see if Grodd has just been exiled away or if we will see some follow up with him in Gorilla City. Cisco’s vibing of Kendra as Hawkgirl serves to setup the upcoming Flash/Arrow crossover event and the introduction of Vandal Savage which will lead into the Legends of Tomorrow spinoff series.