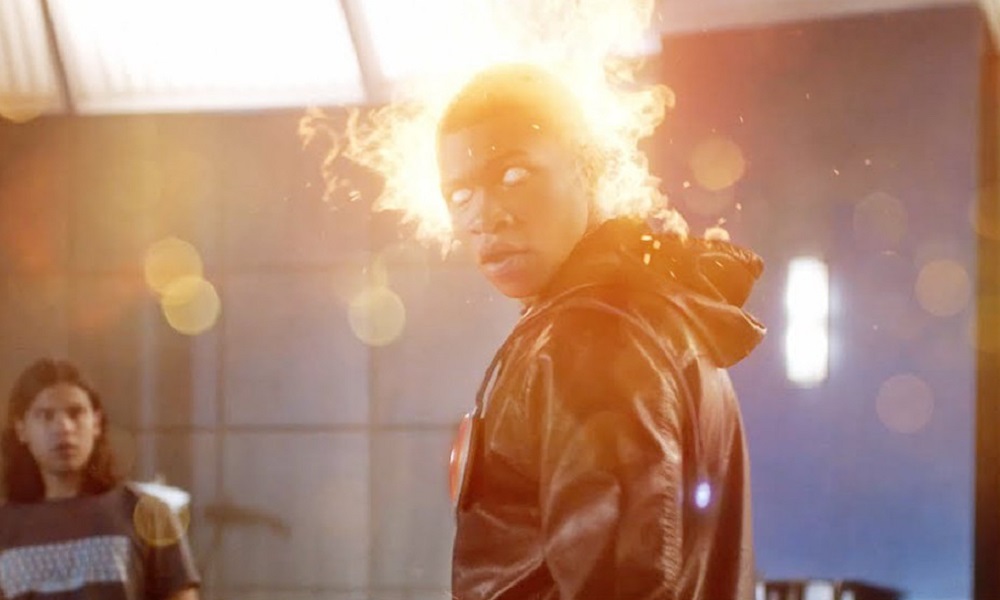 So just how good is the Flash? Good enough that even though the general public…and I would hazard to guess a lot of average comic fans…do not know that there have been multiple characters who have become Firestorm over the years. So you really have to credit the producers of the show for sticking close to the comic book roots.

Professor Stein will die unless they can find a new person for Stein to merge with. Their research turns up two prospects that were affected by the explosion of the particle accelerator in a similar way to Ronnie Raymond. One is Henry Hewitt who is a scientist and familiar with Stein’s work. The second is Jefferson “Jax” Jackson, a former high school football star who was injured during the explosion, robbing him of the chance to go to college. Jackson is now working as a mechanic. While he has no interest in the offer, Hewitt jumps at the chance and yet the merge process fails. An angry Hewitt storms off.

Caitlin pleads with Jax again to help but the pair is attacked by Hewitt who has gained some powers from the failed merger attempt and is upset that they chose Jax. Caitlin and Jax flee back to S.T.A.R. Labs where Jax successfully merges with Stein, becoming the new Firestorm. The Flash and Firestorm race to the high school football field where Hewitt is on a rampage.

In other happenings, Iris meets her mother who tells her she is dying…and in a twist, relates she has a son that may be her brother. The Wells from Earth-2 breaks into Mercury Labs to steal an unknown device and in a brilliantly funny segment, The Flash is attacked by a giant Human/Shark creature (known as King Shark in the DC Comics Universe).

I am running out of superlatives to describe this show. If I want to nitpick I will admit to having zero interest in the family drama of the West clan and frankly don’t care. But beyond that there is little not to like. The characters on the show have amazing chemistry and it was nice to see Caitlin have a more active role this week. The new Firestorm is around just long enough to be introduced to fans before he and Stein depart for Legends of Tomorrow set to debut in January, 2016. Just as in the comics there is a huge difference between the Ronnie Raymond and Jefferson Jackson version of Firestorm. I liked them both as they each have their own unique personality traits that they bring to the character.

It has become clear the Wells of Earth-2 isn’t Zoom and that he has arrived to seek Barry’s aid so that will be an interesting dynamic to tackle. And yes, King Shark in glorious CGI, even though his appearance was brief, absolutely put the cap on another fantastic episode. I am even enjoying the cute, budding relationship between Barry and Patty Spivot. They seem to be a far better fit together than Barry and Iris.